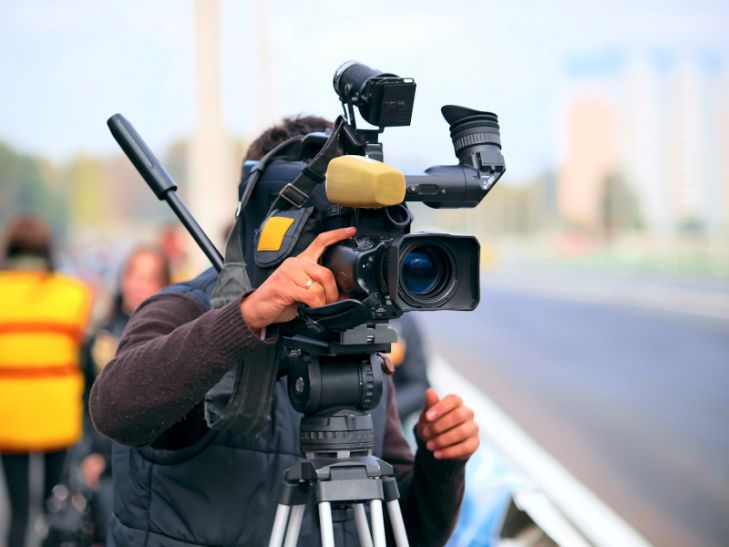 Delhi, the heart of India, known for its scenic beauty, historical monuments, varied protests, DU, JNU, and delicious food is also a hub of film production houses. From long time, Delhi has been one of the finest choices to shoot films. Recently, scenes from ‘MS Dhoni: The Untold Story’ were shot at Connaught Place. ‘Veere Di Wedding‘, another hit Bollywood film was shot at several parts of Delhi. 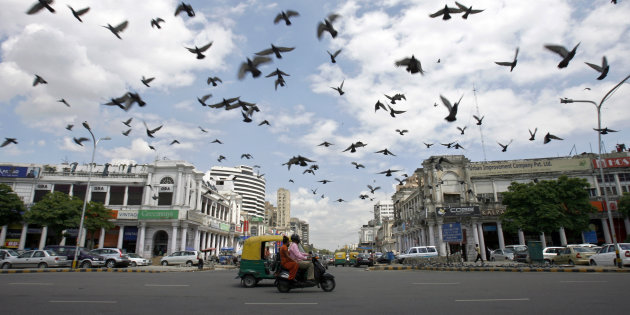 There is no dearth of talented Production houses in Delhi NCR. From Lutyens Delhi till Chaveri Bazaar, you may come across film lovers lingering over all things Bollywood. It is not wrong to say that Delhi has its own mini film world. And the momentum is been carried by various accomplished filmmakers and production houses who are experimenting not only with films, but advertisements, corporate shoots, documentary making and so on.

Here we discuss Top 10 Film Production Companies in Delhi NCR. Have a look:

Established in early 2000, Small Screen Production was founded by Abhinandan Sekhri and Prashant Sareen. This production house is the force behind hit TV food show ‘Highway on My Plate’ and fact based travel show ‘OMG: Yeh Mera India’. With its headquarters at Panchsheel Park, New Delhi; Small Screen has been working from around 20 years in the field of film productions, cooperate shoots, documentary filmmaking, and have companies like Facebook, Nokia, and NDTV in their clientele list.

Established in the year 2016, Walking Frames Productions situated at Vashali Sector 1 Delhi, is a renowned film production house. In a short span of time, it has not only gathered much recognition as one of the best production houses in Delhi NCR but has been able to work with a list of esteemed clients including Honda, Toyota, YouTube, and Intel. Founded by Ashish Rohilla and Mili, Walking Frames Production deals with advertisements and promos, explainer videos, Travel and lifestyle films etc.

Founded by filmmaker Kabir Rana, Skittles Production established in the year 2018 is a young and dynamic company with a workforce of talented folks called as Skittlers, who are passionate about films, music and shoots. Skittle Productions deals with Brand promotional videos, documentaries, explainer videos, event and wedding films etc. In a short span of time, Skittle has been able to carve a niche for themselves within the market as one of the trustworthy film production companies in Delhi. With its office situated at Khirki Extension, New Delhi, Skittle visualizes to grow and shoot at every corner of Delhi and world.

Established in the year 2000, Concept Weavers is one of the most sought after production houses in Delhi NCR. With emphasizes on quality, integrity, innovations and punctuality, Concept Weavers has worked with clients such as Patanjali, Manav Rachna Institutions, and Delhi Public School. It is focused on making documentary films, AV’s, and animation. Founded by Jayatu Ghosh, Concept Weavers are working exceptionally well as one of the best corporate filmmakers in Delhi.

Established in 2016 at Noida, BrandBerry Marcom is a well known production house. Providing services in advertisement, content, graphics, films and photography, BrandBerry Marcom has a huge list of treasured clients like DreamKey, Ajanta, Enns Closet, 1mg etc. With a focus on responsive, result-centric, fully integrated, and worldwide services, BrandBerry focuses to work with the best of clients and provide them complete satisfaction.

A Delhi based production house founded in 2018, Garage Productions has been able to spread its wings far and enough. With clients such as PVR Cinemas, Flipkart, GAIL Ltd, and Emami, Garage Productions has been able to bulletproof their presence as a reliable production company. It focuses not on delivering the best but legendary content, which is memorable and appealing.

With 900+ films and 15 years of experience, Carrot films based out of Chittaranjan, New Delhi is a celebrated production company, which has biggest clients under its kitty. From Nestle to Amazon, Coca Cola to Canon and HP, you name the company and chances are they have already worked for them. Their main goal and tagline is ‘ the quest for the uncommon’.

Established in 2014, A Little Anarky is a creative agency working with the biggest brands of the world. With the tagline of ‘we don’t curate, we create’, A Little Anarky films is as quirky as it can be! FreeCharge, Nestle, Allen Solly, TLC to name a few are some of its clients. Working out of Hauz Khas, the company is known for its creative campaigns and projects.

RazzMatazz Films situated in Delhi prides itself on being a specialist TV commercial maker. Their various clientele includes Maruti Suzuki, Hero, IndiaMart, and Oxygen. They have made TV commercials with Bollywood legend Amitabh Bachchan and badminton star PV Sindhu. They also have an office in Mumbai. It is one of the prominent video production company in Delhi NCR.

TVH is a fully integrated creative communication agency situated at Faridabad. Their core services include video production, communication management, event management, and designing and printing. They have worked with acclaimed brands such as TATA housing, LT Foods, ITC Limited, UNICEF, Asian Paints, and WHO etc.

Related Topics:entertainmentFilm Production Houses in Delhi NCR
Up Next

3 Cakes Which Are Perfect For a Romantic Evening

5 Hippest Travel Gadgets to Get Before Your Next Adventure