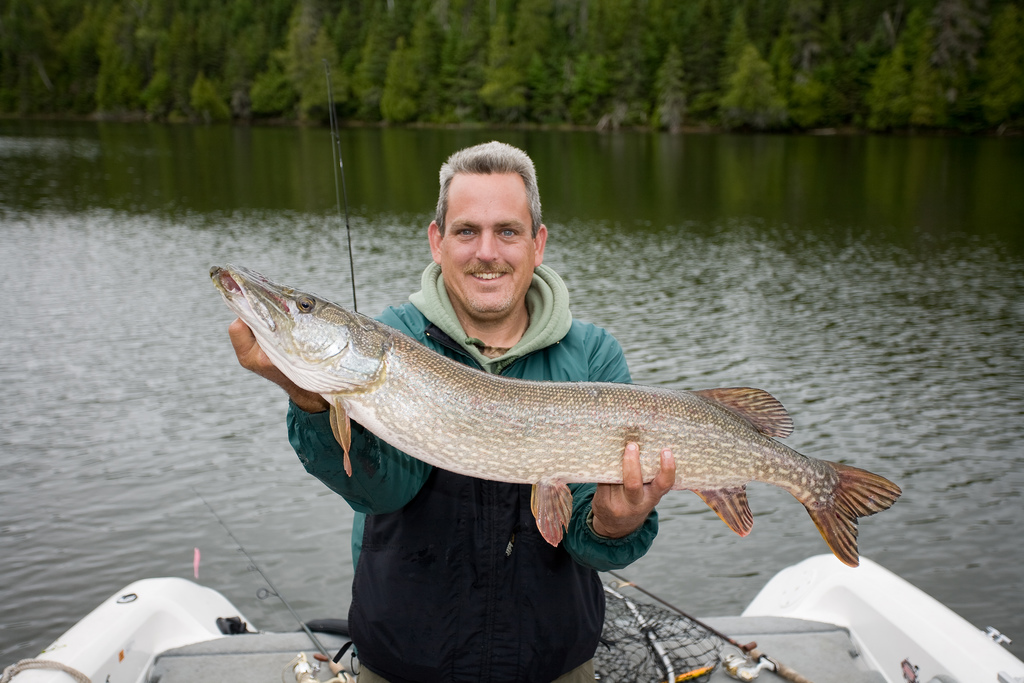 Although making for excellent fishing, the introduction of these species to the south east of B.C. does hinder the natural fish stock of sturgeon and short-head sculpin, the two species the state is desperate to protect.

For this reason, a bounty was placed on all pike caught within the Columbia and Pend-d’Oreille rivers. The Ministry of Forests, Lands and Natural Resource Operations in Castlegar has placed an offer, bring in the head of a pike caught in these rivers to the front counter and you will gain an entry to win one of four $500 CAD prizes.

This kind of competition is especially good to get both regular anglers, along with parents and kids out fishing. Pike fight very strongly hence their popularity in sport fishing, so with the ability to land both a feed, gain an entry (one entry per fish head produced), and get your kids understanding our role in the protection of the environment, this is a perfect combination for school holidays or even the weekend trip before winter sets in.

Catching pike in these two rivers is essential to keep numbers down, pike are extremely predatory in nature, and severely hinder the re-generation of other fish stocks within the waters they reside. They also carry disease which can spread to other local fish populations.

Although removing pike from these rivers completely likely won’t be possible, due to their ability to spawn fairly easily, the more pike removed from these rivers ensures better chances of other native fish to survive and re-spawn, keeping their numbers sustainable into the future.

Catching pike on dead bait is often unproductive, the best way is to use a little bit of speciality bait from the supermarket, combined with some tackle from your local fishing shop or fishing online store, this will involve getting yourself a bait trap and catching either some small minnow fish, or some crayfish. To do this, in the small bait holder, add some cat biscuits and a piece of raw chicken. This will draw in both the minnows via the cat biscuits, and the chicken will attract crayfish.

Live bait is best for pike as they rarely feed via opportunistic methods, they are more likely to try and attack a bait which is trying to evade their capture. To hook a crayfish, the easiest way is a 1/0 hook straight through the tail, entry from the top of the fish and exiting the bottom, another way can be entry from the central region between the legs and twisting the crayfish around, exiting the hook at the back of the legs, keeping the hook entirely on the underside of the crayfish. The second method keeps the hook in position easier, but the first method only takes a few second to hook and cast, although the hook may wriggle loose.

For small minnows, first ensure the minnows are not of a regulated species, consult your fisheries guide and learn how to identify small fish before hooking up some small fish you catch in your trap. If you catch baby pike, they can be used as live bait successfully, just hook then through the lower jaw and cast them back out.

In the case of baby pike or minnows being used as bait, casting them out on a running sinker set up with a 1 meter or so leader is often best, this gives them plenty of room to move about, while keeping them in one general region, adding a 10g sinker will also allow the fish to move around slowly dragging the sinker behind them, if you want the fish to be kept in place, try a 17 to 20g sinker.

For the crayfish, they can be placed on a running sinker or cast under a float, as they are more likely to try and reach the bottom of the water, where as baby minnows will try and escape upwards in the water column. Any type of realistic fishing lures can also be used, soft plastic swim-baits, diving hard body crank-baits, lipless crank-baits are very commonly used to catch pike.

While eating pike is usually not an extremely common occurrence, their flesh is some of the best tasting of all the native fish species, however, the presence of bones tends to turn people away. If picking out a few bones is not an issue for you, the best way to cook pike is often gutted with the head removed, and then the fish placed into a smoking chamber or a wood fired barbecue. Once ready, the fish can be placed on a plate and using a fork, the meat can be lightly scraped off the bones, creating bite sized pieces which taste great and are easy to eat.

Filleting while removing the bones however takes some knowledge, often it is not possible to explain this in writing, and is best learnt from photos, videos or in person, but I will give my best attempt here:

These are the 3 main pike cuts needed to create boneless fillets, from here you need only rinse the fillets in either plain or salted water and prepare for cooking.The best way to cook pike is either fried, for fried the easiest way is roll the fillet around in some beaten eggs, then dip the fillet with egg coating into some breadcrumbs, then place on a fry pan.

Another popular way is to make a batter, from beaten eggs, a cup of water and some white or corn flour all mixed together. You can add salt and pepper to this mix also. For this method you need only roll the fillet around in the wet mixture then drop into a deep fryer or pot of oil.