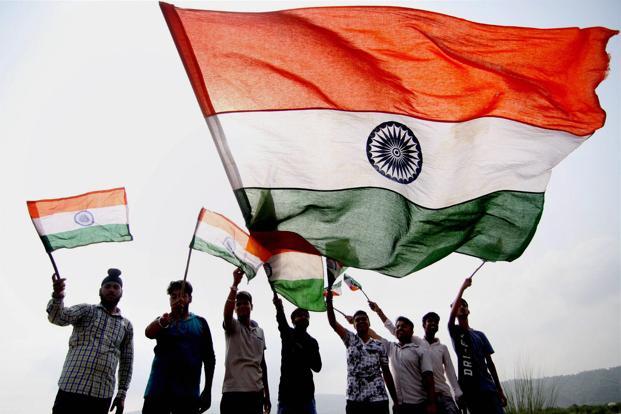 Our national leaders chose the Westminster model of Parliamentary system for India for the revitalization of the pluralistic society. India had inherited a semi-feudal, caste-ridden society, ripped apart because of the partition. It had a stagnant economy. The leaders wanted to create an egalitarian society which would lend unity and integrity to the country and evolve a two-way communication system between the government and the citizens. Leaders like Pt. Nehru felt that elections, institutional changes at the rural level would create awareness in the rural masses about their rights and would thus help to curb economic backwardness. They felt that by empowering the people with adult suffrage, they would be able to mount pressure on the ruling elite to make sincere efforts to ameliorate their plight.

Therefore, the concept of a ‘welfare state’ within a democratic framework was approved for independent India. It was aimed to attain the social goals of elimination of poverty and ignorance and to ensure social justice to all its citizens.

During the formative years of India, the Congress, under the leadership of Pt. Nehru, provided political stability to the country. But, the one party dominance of the Congress eventually led to misrule. The concept of federalism was dropped in favor of a strong Centre. The dominance of the Congress at the state level was maintained by dismissing non Congress governments which emerged in the states. Till the mid-60s, the party enjoyed the support of the masses but it began to decline with the death of Pt. Nehru. The aspirations of the masses were not fulfilled which led to economic disparities between the lower class and the upper class. To achieve economic development, the party gave priority to agricultural production but did not concentrate on effective distribution of wealth. The one-party dominance was threatened by the rise of several regional parties which emerged because of absence of ideology-based parties. The regional parties based themselves on specific regional or local issues while some were based on caste lines.

The leadership of Gandhi led to the decadences of the Congress Party. During the period 1966 to 1975, she worked towards the centralization of powers and strengthened her power base. The state machineries like the media, law enforcing agencies, law interpreting agencies and the educational system were used to strengthen her power. Centralization of powers and the inability to fulfill its promises led to the alienation of the Congress from the masses. It resulted in spontaneous outbreak of violence in several states. Political dissidence within and outside the Congress party, criticism by the press and mass discontentment with the working of the government were witnessed during the 1970s. All these and the judgment of the Allahabad High Court, accusing her of indulging in malpractices in election, culminated in the imposition of national emergency on 26th June 1975. Emergency led to further alienation of the Congress from the people, both in the urban and the rural areas. This led to the Congress debacle in the March 1977 elections.

Checking Out The Benefits Of Osteopathic Treatment