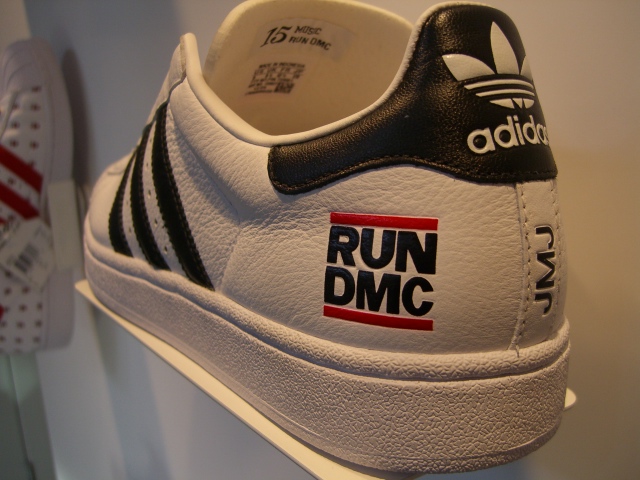 What do people do when they listen to music? Often they dance. How do they dance? With their feet. What are they wearing on their feet? Well that depends. Music is something that can be heard, it’s the vibes that go into our brains and tickle our fancy, and fashion is sometimes the external reaction to this. Fashion sets a president and a marker for contemporary society to recognise a particular sector, scene or subculture. The two go hand in hand to create an identity, a character and a desired disguise.

Footwear has been an important part of presenting your tastes, the image you crave and your loyalty to a particular group. Shoes can immediately spell out what sort of person you’re. Over the years musicians and their fans have worn specific shoes to highlight their passion and chosen communities. Here are just a few examples of the major players:

In the early to mid 60s the Mod look found young men and women taking pride in their appearance, they designed themselves to create a neat, smart and sharp exterior. In the early days they listened to Modern Jazz and R&B, then English interpreters such as The Who started to represent the Mod look in the UK. However, the scene soon started to drift away with many hard Mods becoming ‘rudeboys’ (we come to later), only for the staple Mod look to resurface in the 70s.

This look is probably the most noticeable whilst describing a Mod. The likes of The Jam and Paul Weller ‘The Modfather’ continued to push the smart and slick image. The popular choice of shoe for a Mod was the Desert Boot. Even today the Desert boot is a cool contender and can be spotted in various factions of society.

Here is where the ‘rudeboys’ of the Ska era come into play. Formally derived from the Reggae and Mod scene, the rude boys and skinheads were born. They wore braces, Ben Sherman and Fred Perry shirts, tight Levis and stomped around in Dr Marten’s boots. Similarly, Punk music in the 70s also saw anarchists supporting this new wave of fashion. With their mowahks, tight denims, safety pins and Dr Martens boots. The Punk crowd pumped fists to the sounds of Sham 69, Sex Pistols, Crass, U.K. Subs, Buzzcocks, The Stranglers and Siouxsie & the Banshees.

Away from guitars and drums Hip Hop was bubbling away in the US. Hip Hop artists and followers of the culture adopted fashion from the ghetto. Baggy jeans were worn to represent the way in which poor families supplied old hand me downs from the older sibling to a younger smaller sibling, with carers unable to buy fresh new clothes that fitted their children. The style was soon deemed as cool by outsiders, with even rich kids wanting a piece of the action.

The Adidas Superstar and Originals Shell Toe was the trainer of choice for the archetypal Hip Hop head. Hip Hop collective Run-DMC did well to endorse the style, infusing rap music, break dancing and basketball as an image much loved and still prevalent today.

Like the Punks with Dr Martens, Rock and Grunge music created another rebellious shoe – The Converse. Starting its life as a basketball shoe, Converse started to become popular amongst early Punk and Rock scenes, and it then reappeared with Grunge acts such as Nirvana. The shoe was widely recognised as an anti-establishment shoe and became a trendy statement ever since it was worn by the agitating actor James Dean in 1955.

Goths started to wear long black coats, dark eye makeup, and studded jewellery; they were fine with being outcasts of society. Tall Gothic Boots were worn and still are worn by Gothic and Metal fans. This sombre and dark image is backed up by popular bands such as Cradle Of Filth, Theatre Of Tragedy and Ramstien.

Garage, 2-Step and Grime are the urban hybrids of UK Hip Hop and Rap music. Commonly MC’s and artists would hype around the microphone wearing tracksuit bottoms and hoodies. The main trainer of pride being the Nike Air Max. A comfortable and flashy trainer that was ideal for running away from police after being caught transmitting a private radio station or scoring a bit of resin.
Fashion is a symbolic way of coding your social structure and determining what part you play in society and music continues to be a key contributor and a clear harness for fashion to flourish.

Witness The Hunter In Its Habitat With Shark Cage Diving