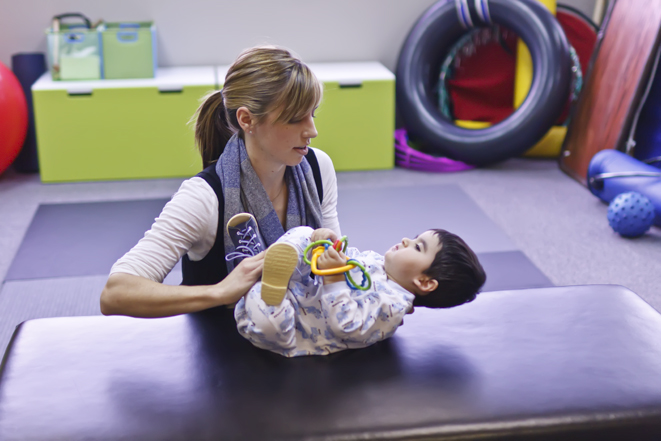 It’s pretty easy for an adult to determine when and where they have a problem that may call for the involvement of a physiotherapist. There are certain aches, pains and mobility issues that are red flag warning signs that physiotherapy may be needed, which in most cases allow for speedy intervention and the best possible outcome.

However, things aren’t necessarily quite as simply when it comes to younger children. While it may be fairly obvious when a child’s development could be assisted by speech and language therapy, identifying when and where pediatric physiotherapy is called for can be rather more difficult. Of course, any parent with even the slightest of inklings that there may be something wrong should arrange a professional consultations as quickly as possible just to make sure there’s nothing sinister at work. But in terms of keeping an eye out for and identifying the warning signs, just what could be a sign that your own child needs physiotherapy? 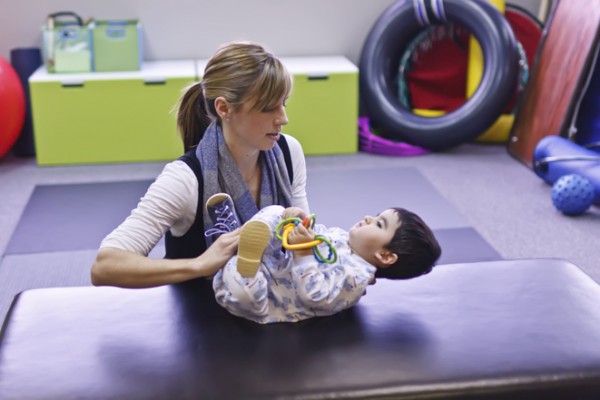 Predominant Left or Right Use

One of the more common signs among children that may not yet be able to fully explain the problems they’re encountering is a tendency to favour one side over the other to a noticeable extent. Now, it’s of course normal for all children to begin displaying right or left-handed tendencies from an early age and this should not be misinterpreted as a developmental issue. However, if and when they appear to be using one side of their body considerably less than the other, it could be that they’re encountering difficulties in doing so.

Babies begin crawling from a very young age and thus tend to develop impressive weight-bearing ability pretty early on. As such, when a child is a little older and they appear to be facing any kind if difficulty when it comes to weight-bearing on their hands and knees, this could be a sign of a problem. When it appears that they are having any kinds of issues with regard to weight-bearing with any of their limbs over and above any others, it’s a good idea to seek professional advice.

Another of the common signs that there may be a problem requiring the input of a physiotherapist is that of a child that seems to be having trouble holding onto a pen or paintbrush. If their grip appears weak, they keep dropping their pen or their ability to write doesn’t seem to be progressing nearly as well as it should be, these are all matters that should be brought to the attention of the professionals at the earliest possible instance.

It’s not as if all kids aren’t prone to falling over and stumbling on a regular basis, but at the same time there’s a clear line between the average tumbling-toddler and a child who seems to fall and trip all the time. Of course, frequent falls and trips don’t in any way confirm there’s any problem at all to be concerned about, but it’s certainly a good idea to speak to a professional just in case.

Reluctance to Join in With Active Play

Again, there are hundreds of reasons why a child may be reluctant to join in with any other group or kids where physical activity is concerned. Some lack confidence, some simply don’t like the activity playing out and then there are those that may not have yet developed the necessary social skills. At the same time however, there’s also the chance they may have a problem with their physical ability which may not be immediately apparent or in any way communicated by the child.

It’s very rare for apparent balance or coordination issues to go unnoticed by parents. Luckily, in the vast majority of instances there’s no cause for concern and the obstacle is just a standard element of the respective child’s development. But again, there’s really no such thing as being too safe where the wellbeing and development of kids are concerned. So when and where there’s any sign of a balance or coordination issue, give the professionals a call, just in case.

Of course the above list is not to be interpreted as exhaustive and nor should any of the above-mentioned symptoms be interpreted as a confirmed or even a strong sign of underlying physical health problems. The simple truth of the matter is that early detection and diagnosis always lead to the best possible outcome where childhood development issues are concerned. So when and where even the slightest shred of concern creeps into the equation, there’s no such thing as a time too early to involve the professionals for a thorough evaluation.

How A Misaligned Smile Can Be Perfected With Headgear Braces