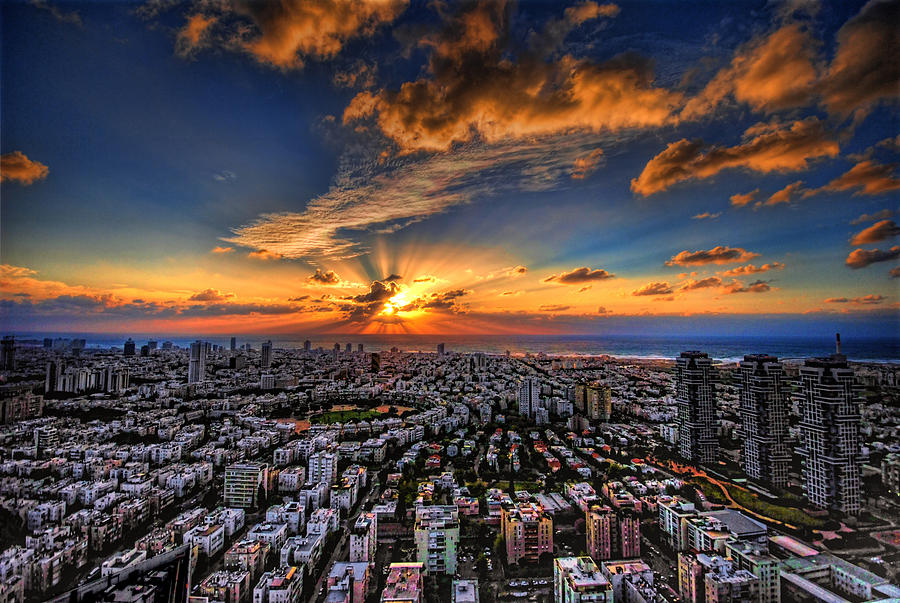 It is quite difficult to perceive how technology and economic growth can change life and ambiance in some so called less developed nations. Of late, the focus of some of the biggest MNCs is on Israel and more specifically Tel Aviv, its second highest populated region. The invocation economy in the country is booming. Amazing as it may sound to some, Tel Aviv has been ranked as second highest vibrant start-up ecosystem globally in a recent report, with only Silicon Valley ahead of it.

It appears strange that a region which was filled with sand dunes and laden with a culture that appeared dated has prospered to this extent. It is even smaller than New Jersey but the hi-tech industry has been growing here at phenomenal rate. It seems some overtly enthusiastic entrepreneurs overcame the exiting barriers of Israel and paved the way to kick start a dynamic technology ecosystem. Below explained are key trends observed in economic background of the region.

There are Big Winners

Initially, it was perceived that Israeli start-ups did possess good technology but their marketing and sale strategy was less than adequate. This resulted in those companies selling their technology or tying up with bigger companies. However, things are changing for better. The recent success of companies like Waze which sold for $1 billion to behemoth like Google has made entrepreneurs thinking. The other success stories of Outbrain and Wix have made several Israeli start-ups encouraged and they are but to go for the IPO route.

The culture and economic growth of a country is made by its achievers and heroes. The success of technology industry in the Silicon Valley would have not been possible without leaders like Mark Zuckerberg in recent times and stalwarts like Bill Gates and Steve Jobs earlier. Their successes were not limited to their respective ventures but they paved way for the economic success of the country in a way. With honest intentions and right efforts, there is no reason why this success can not be repeated in so called developing nations.

Over the last few years focus of Israel has shifted from its war heroes to enters who have made it big. Billionaire philanthropist Warren Buffet made his largest international investment in a company of Israel and he is about to acquire the third Israeli company.

As they are aware of geographical limitation of their nation, Israeli businesses are now looking outside the country to find and make alliance with suitable partners. As a matter of fact, majority of VC capital in Israel come from global firms such as Greylock, Sequoia and Light speed. Technion, the elite technical university of Israel is a step towards growth of technological innovation and growth. Technion has opted for a JV with a Chinese university for setting up a new facility in Guangdong in recent times. It has been made possible by a huge $130 million gift from Li Ka Shing, Chinese billionaire who is an investor in Waze incidentally. All these basically indicate how collaboration with right global partners can contribute towards economic growth of a country.

Despite the recent changes and rapid pace of technology industry in Tel Aviv and Israel, there is still room to grow, say economic experts. The Israeli Arabs as well as ultra-Orthodox Jews are yet to take part in this growth or wake up to the potential of these changes yet. However, efforts are being made to address this issue such as the KamaTech. Over a dozen leading Israeli tech firms have lent their support to mentor as well as recruit Orthodox engineers.

Evans is a business blogger and he can help finding an attractive country to register your new company. He has written several articles on topics like – Seychelles company formation.

Pricing Your Products Perfectly With A Little Help From Professionals

Buying a Strata Property – Is it a Good Investment for You

Buying a strata property is a scenario where you purchase a small portion of the complex and get access to...

Virtual reality (VR) and augmented reality (AR) are emerging technologies that provide users with a wide range of unique and...

Get the Kitchen of Your Dreams with the Best Remodeling Tips

Get the Kitchen of Your Dreams Among all the rooms of the house, the kitchen is the most versatile. It...

In our current reality, where a Security Guard ensures resources and a Bodyguard ensures individuals, a Cyber Security Specialist shields...

Why Would You Hire A Holiday Lights Service? Why Not?

The holidays bring us the tradition of baking, shopping, wrapping, parties, Christmas pageants and parades, tree decorating, and hanging lights....