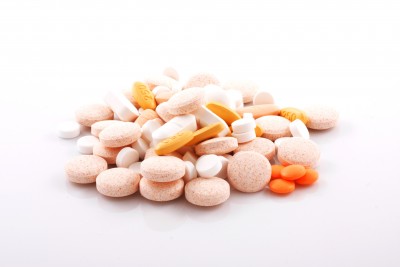 What is it?
Actos is a prescription drug which is used to treat diabetes. Its chemical name is Pioglitazone and is branded and sold as Actos in the USA. It is used in the treatment of type 2 diabetes to reduce the blood sugar. It was very popular, being the best selling drug in the USA during 2008. It was prescribe instead of Avandia or rosiglitazone which was found to be linked with cardiovascular problems and Actos was not.
Problems with Actos
In 2007 GalxoSmith Kleine released some research results which showed that there was some increase in bone fractures of the limbs in females given the medication compared to those on alternatives. It was also found the fluid retention could occur causing peripheral edema. In turn this could worsen congestive heart failure. There was also a link found with mild anemia. Weight gain was also seen and an increase in upper respiratory tract infections.
The drug is now being reviewed because of links to increased myocardial ischemic events. There were conflicting results in studies done to measure this.
These risks were noted on the medication guide and were not considered to be any worse than the risk of other types of diabetes medication. However there was one main risk that was discovered that was to be a much bigger problem.
Bladder cancer
The main side effect with the drug though was the link to bladder cancer. The French National Health insurance carried out a study and found that long term use of the drug in those with Type 2 diabetes led to a significantly increased risk of bladder cancer compared to those taking other medication. It was then advised by the Federal Institute for Drugs and Medical Devices in Germany that the drug be withdrawn in light of further tests.
The FDA then decided to add an increased risk of bladder cancer to their medication guide for this drug. It is now commonly believed that taking the drug for over a year can lead to bladder cancer. There are some people that feel they were not given sufficient warning about the risks of cancer with this drug and are therefore taking legal action for compensation.
What to do
It is important to understand that there are side effects associated with every type of medication. Actos has a selection of side effects and whether you will suffer from them or not can very much depend on you. It will change depending on your health, genetics, lifestyle and the other medication that you are taking. This is why it is important to be aware of possible side effects and let your doctor know if you feel that there is a problem. If you feel it is a minor side effect, then still report it as it could be a sign that something worse is on its way or it could be unimportant. Just make sure that you stay aware and keep them informed and then you can relax and know you are doing the best that you can for your health.

About Author
Crystal is a part time blogger who writes on sensitive topics like actos lawsuit and use of actos and its legal implications.

How To Check What Your Pension Is Worth

The dangers of working with asbestos