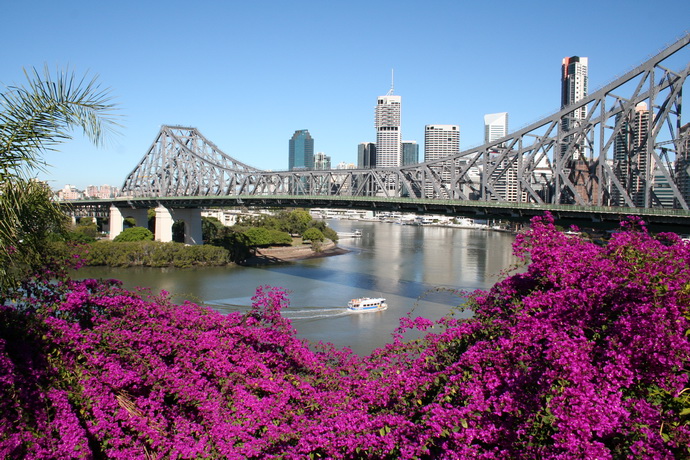 Brisbane is one of the most popular cities in Australia. It is also one of the most frequented by tourists. The reason for the latter is not utterly surprising because there are plenty of things to see and do around the city. But if you want to experience the culture and history of this Australian city, you need to take note of the famous landmarks in Brisbane and check them out during your visit.

If you are visiting the city for the first time, there are a few notable points of interest to include in your itinerary. Here are seven of them:

When talking about Brisbane landmarks, there is nothing more notable than the city hall. This building serves as the seat of the city council and is located next to the King George Square. It features an Italian Renaissance architectural design and was built way back in 1920. The building underwent renovation on April 2013 due to severe problems in structural condition. However, it has had a long history itself since the building has served more than just the seat of the city council because flower shows, royal receptions, orchestral concerts, among other major events were held in the building.

Speaking of historic buildings, the Parliament House is another one of the famous landmarks in Brisbane. It is located in George Street and literally located within the heart of the city. The building was first constructed during the 1860s and lauded for its breathtaking architectural design. Regular guided tours are held within the building wherein guests are continually impressed by the stunning attention to detail exemplified by the building’s design.

This breathtaking Ferris wheel installation has become one of the famous sights in Brisbane. With over 197-feet in length, every capsule in this Ferris wheel is air-conditioned and can hold up to 6 adults and 2 kids. This 12-minute ride offers a unique perspective on the entire city.

The museum located in South Brisbane is one of four campus branches for the state museum. It was built in 1982 with the help of the Queensland Philosophical Society. If you visit this museum, you can also check out other nearby sites for those culturally and historically-inclined.

This cantilever bridge is a famous landmark in the city as it serves to connect the northern and southern part of the city. In addition, the drive along the bridge offers a spectacular view of the Brisbane River. An annual Riverfire event is also held here wherein spectators are treated to a stunning fireworks display.

This large city square is one of the city’s most important landmarks as it houses the monuments of the soldiers who fought and died in combat. In addition to the monuments, you can also find a few statues, a landscaped garden, and the so-called Eternal Flame within the city square.

If you are more into the city’s architectural history, one landmark you shouldn’t miss is the Old Windmill in Wickham Terrace. It was built way back in the 1820s and known to be a huge part of the city’s heritage. This landmark, however, is not open to the public.

Which of these famous landmarks in Brisbane have you visited?

I am John Gorge and I love traveling the world. I want to experience intercultural activities. I enjoy being me and discovering the hidden sides of me when I get exposed to other cultures. I also want to share my new learnings to my readers as well. See my blog here.