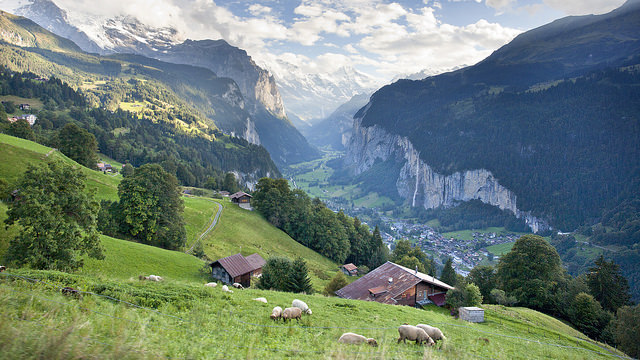 Everybody who has ever been to Bergamo knows it as a wonderful cozy town in the Lombardy region. What makes Bergamo especially attractive for tourists is its proximity to Milan. And even though the town itself is not a metropolis, there are many striking places of interest.

However, the connoisseurs of truly spectacular natural objects should make a trip to the neighborhood of Bergamo. The perfect location in the central part of the Alpine foothills makes Bergamo a great place for skiing, and in summer the river valleys and mountain slopes allow to combine active pastime and contemplation of the unique landscapes.

So, if you have enough time, don’t hesitate to leave Bergamo’s boundaries to explore the most spectacular natural attractions located nearby!

The valley is located on the left bank of the Serio River in Bergamo. The 35 square kilometers of the valley stretch to the east of the Vertova commune to the western part of Lake Endine.

The first settlements in the region date back to the tenth century. The valley has become particularly popular due to the textile industry, which flourished there in the Middle Ages. Many textile companies of the valley are famous around the world. For example, the famous red shirts by Garibaldi were produced in 1861 at one local company which exists until now. The valley is also rich in architectural attractions, which you can find, for example, in Leffe and Gandino communes.

This 1250 meters high mountain is located along the ridge between Gandino and Seriana valleys. Its conical shape makes it the most recognizable mountain among the peaks of the Seriana valley. During the Second World War the slopes of the mountain were inhabited by guerrilla bands, and the bomb craters which have left in that area remind today of the old days. 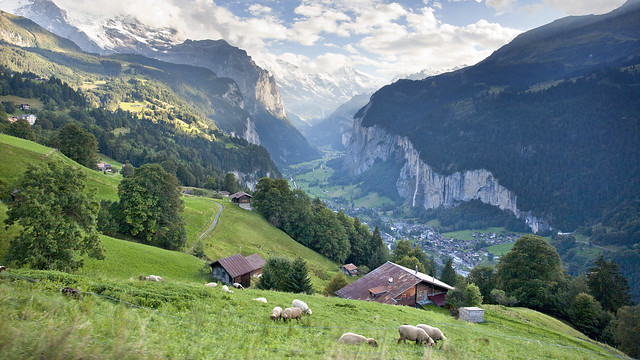 Farno Mountain is considered to be a great place for the lovers of mountain scenery. There are lots of simple routes for cyclists and hikers. Also, there’s a paragliding school and places for rock-climbing. In winter the valley of the mountain provides a 7.5 km long skiing route.

Lake Endine lies in the central part of the Cavallina Valley and is considered to be its highlight with rich flora and fauna. Located at the altitude of 340 meters the lake is fed by numerous mountain streams. The banks of the lake are equipped with small beaches, which are interspersed with wild reeds. The visitors can take a ride on boats and catamarans, go fishing, watch the birds, admire the representatives of the fish fauna or relax amidst the untouched nature. In the vicinity of the lake there is Valpredina nature reserve, museums, and the medieval Suardi castle, which is the biggest pride of the region. 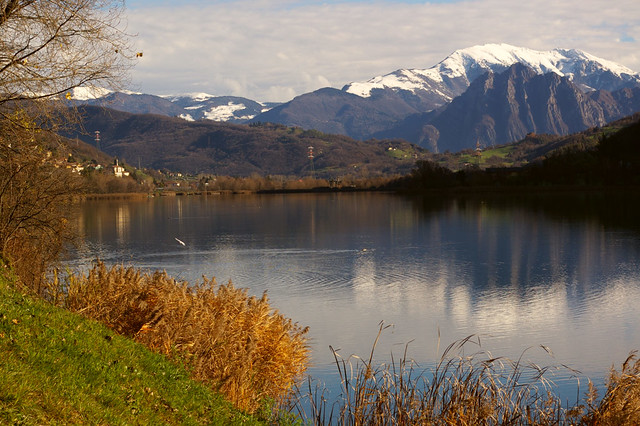 Lake Iseo is renowned for the large number of small picturesque villages lying on its banks, the architectural monuments and picturesque farm buildings.

The visitors of the lake can admire beautiful scenery and incredibly diverse landscapes: rocky walls rising from the water, olive groves, tiny coves and bays as well as historical settlements. There are three islands in the center of the lake: green Montisola Island, which is the largest lake island in Europe, and two tiny islands of San Paolo and Loreto, which you can observe while boating. The tourists love getting acquainted with the local gastronomic traditions and tasting the wine at one of the restaurants of the Calepio valley.

This unique monument reminds us of the tragic events that took place there in the early twentieth century. In the first half of the last century many Alpine valleys have become platforms for the construction of dams designed to meet the growing demand for electricity in Italy.

The construction of the Gleno dam was started in 1920, but the use of substandard construction materials during the work caused the damage of the dam in December of 1923. In the result, more than 4.5 million cubic meters of water rushed into the valley and the flow of water, mud, rocks and trees wiped out two villages, killing nearly four hundred people.

Today you can explore the remains of the dam, which are leaning on the slopes of the mountains on both sides of the valley.

The lake lies on the slopes of Gleno Mountain. Numerous streams, the melting of snow in spring and frequent rainfall give life to the waters of the lake. 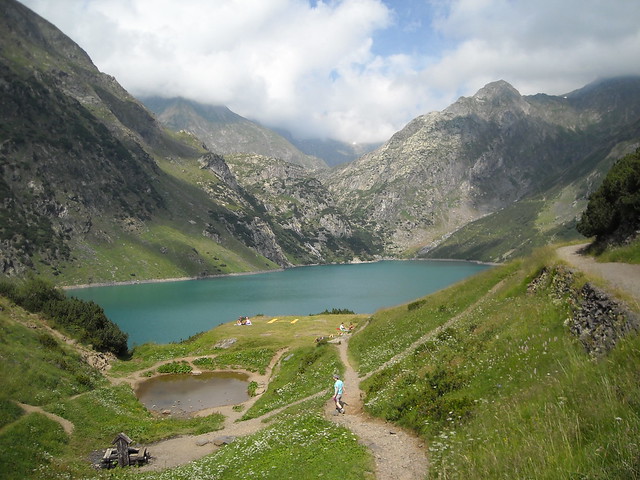 The lake is located at the altitude of 2540 meters and has a natural origin. Its natural basin was formed by mountain plication. There are many lovely alpine villages located along the Bondione brook, which springs from the lake and flows down the valley.

Each of the villages can be a great starting point for the trip to the lake. All the routes are numbered, certified and marked on the tourist map of the area, so it will be easy to find a path to the lake. If, for example, you start from Lizzola village, the way to the lake will take around four hours. The main point here is to choose a dry, sunny day for the trip, so that the fog doesn’t hide the beauty of the Alps from you.

As you see, there are many beautiful places near Bergamo, which deserve the attention of everybody who loves spending time in nature. So, if you get bored of the monotonous sightseeing routes while visiting Bergamo, then rent a car and set off to the above mentioned places to enjoy breathtaking natural views and get your nature fix!

Author Bio: Lily Berns is a traveler, writer and a dreamer, who loves backpacking, hiking, swimming and every other kind of adventure sport. Currently, she writes informative and useful articles for rentalcars24h.com

3 Boise Hotels For The Traveling Vegan

A Holiday With A Difference