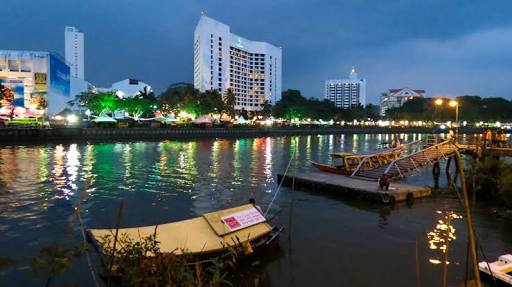 Kuching is the most populous city in Sarawak, Malaysia. It’s also the capital of the state and the capital of the Kuching Division. The city is located at the heart of the state of Sarawak and located right on the Sarawak River. The city has a population of around 325,000 people. However, the population swells every year as thousands of visitors show up on holiday to experience all that Kuching has to offer. Kuching is one of the most popular destinations in the entire country for tourists. They are drawn to many different aspects of the state and Malaysian culture. Food is one of the main draws.

Malaysia is a multi-ethnic mixture of cultures and cuisines that have been on the island for decades, and in some cases, for thousands of years. For that reason, Malaysian cuisine is unique in that it borrows elements from many different cultures. The major ethnicities are Malay, Chinese, and Indian. These also make up the majority of culinary traditions. However, these different traditions have been intermingling for decades to produce something truly unique. Also, the food is unique, because Chinese people who came over brought their cooking techniques and habits to a land with different natural resources. That is going to obviously shift the way certain dishes are cooked, resulting in Chinese dishes that become uniquely Malaysian.

In Sarawak, one of the most influential cultures, is the indigenous people of Sarawak and Sabah.

So much in the world of cuisine and cooking is about utilising available ingredients for certain dishes. However, you can typically categorise a certain cuisine by the spices it uses. Spices, even more than the ingredients, are the features that make certain cooking stand out. You can always pick out Malaysian cooking by the number of chili peppers. Malaysian cooks use dried and fresh chilies in dozens of dishes. Bird’s eye chili and green chillies are two of the most popular varieties.

When you decide that the appeal of Malaysian cooking is too much to resist, and you decide to visit Sarawak, you’ll be looking for a hotel. A budget hotel in Kuching should be one that is close to the airport as well as close to all of the conveniences that make a holiday enjoyable. You should pick a hotel that is about 10 km from the airport; that way you are close enough to the airport for a quick cab ride, but far enough away that you don’t have to deal with the hustle and bustle of people going to and from the airport. You also want to be close to Waterfront Kuching, which is a thriving entertainment and business venue. You can find pretty much everything you’re looking for by visiting this location. Also, you will want to make sure you are close to certain conveniences, like a convenience store. It might sound silly, but when you need something in a hurry, you’ll be glad you’re close to a convenience store.

These are the things that make a hotel great and make a holiday enjoyable.