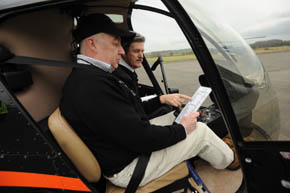 A rising number of people around the UK have made the most of helicopter rides. This mode of transport can be exhilarating, and it provides consumers with unrivaled views over cities and countryside. Also, people can now take advantage of special helicopter lessons to help boost their skills.

However, few individuals have attempted a feat like the one teen Hugh Barklem has embarked on. The 17-year-old recently set off on a 2,000-mile airborne journey around the UK in a bid to raise cash for charity, the Henley Standard reports.

He is flying his father’s Robinson R44 helicopter around Britain’s coastline to generate funds for Arrive Alive UK, which aims to build helipads on the roofs of children’s hospitals for air ambulances to use. 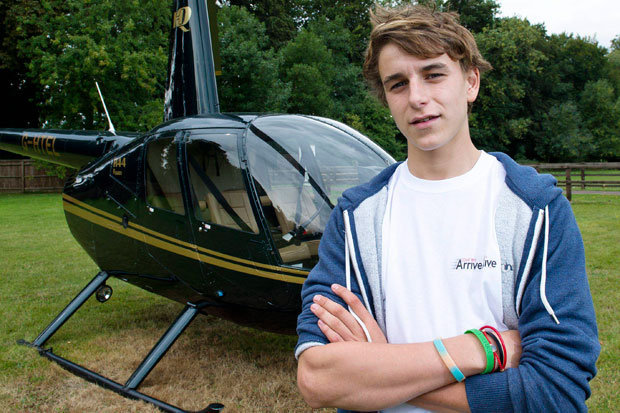 The charity may be close to the youngster’s heart. Three years ago, he missed a year of school after being treated for swine flu, glandular fever and chronic fatigue, so he knows how important effective healthcare is. Meanwhile, during his stay in hospital, he saw a documentary about Jennifer Murray’s 1997 round-the-world flight and felt inspired to take on a similar challenge.

Hugh has only been flying for a relatively short period of time. It was just over seven months ago that he became the country’s youngest qualified pilot.

Commenting on his motivation for embarking on the challenge, he said: “I was watching the documentary and decided I had to do some sort of adventure. I asked my mum if I could go round the world and she wasn’t too happy, so we came to a compromise that I would go round Britain instead. This is just to kick off my adventures. I definitely want to go round the world at some point, maybe next year or the year after. I’m hoping to break the age record for that.” 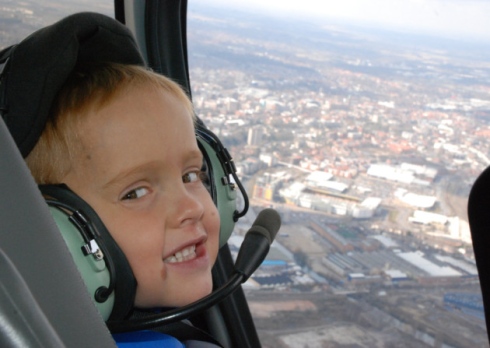 About the trip, he added: “It took quite a bit of organizing, planning the route and where we were going to stop. The weather is a big challenge, especially in Scotland and it’s quite emotionally tiring to fly, especially four days in a row.”

It seems as though Hugh has always had a love of taking to the skies. According to the teen, he knew he needed to get his license as soon as he turned 17.

Talking about his intentions for the future, he remarked: “I’m planning on going to the States and doing my American commercial license over there. Then I can do teaching and pleasure flights. I’d also like to fly in Australia one day.”

His mother is broadly supportive of his desire to take to the skies. She commented: “He can start off with this and if he wants to do another challenge we’ll see. I’m hugely proud of him.” She added: “I’ve been told he has an instinctive feel for flying. They say that flying gets in your blood and I know it’s what he wants to do so I fully support it.”

Anyone with a passion for flying can now arrange helicopter pleasure trips. Alternatively, if they want to take this further, they can make the most of helicopter pilot training.

About the Author – Anna Longdin is a freelance blogger and adventure seeker who has written extensively on the subject of sightseeing in Britain for websites such as Central Helicopters.

Demands Of Intellectual And Academic Credential Through Correspondence Education