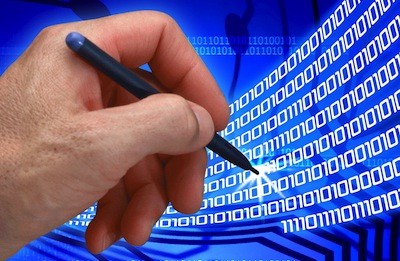 In June of 2000, the United States congress formalized a method for the speed of business transactions to match the quickening pace of the Internet and the electronic age. The bottleneck had been the need for customers to sign paper documents and then wait for them to be returned. Facsimiles had reached their useful limit, and not everyone had a method to digitize paper documents. The Electronic Signatures in Global and National Commerce Act (e-Sign Act), recognized that electronic signatures are every bit as valid and binding as a wet ink signature. Electronic Data Exchange (EDI) had been a growing part of business for years. However, as faxes and telephones lines were gradually being replaced with faster networks and the beginning of the increasing availability of broadband, meant that both consumers and businesses needed a better and more efficient way to conduct business. Enabling people and businesses to confirm their agreement with the terms and conditions of a particular transaction, purchase, sale, or the entry into a credit arrangement meant that the real power of the Internet could be realized and the age of real e-commerce began.

In order for consumers to enjoy the same protections with digital signatures as they have with paper agreements, important regulations were put in place and these terms are required to be made clear to consumers. These rights include, but are not limited to: the right to have paper copies of the documents they are signing made available to them, the right to have all the terms of their electronic consent made available as well as the method for them to revoke—if possible—such electronic consent, and the consequences or fees associated with doing so. 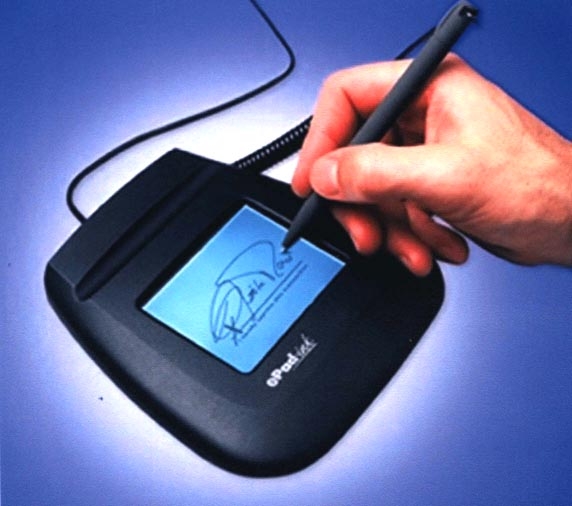 The law also requires that the consumer have a combination of hardware and software available to them that enables them to reasonably view, sign, and save the documents and information pertaining to the transaction or contract being signed. The e-Sign Act also places requirements upon the bank or business accepting the e-signature, such as the retaining a copy of the signature and appropriate meta-data that was captured at the time that the signature was made.

Utah was the first state to meet the growing need for an electronic alternative to traditional processing and had enacted the first electronic signature verification law in 1994. Other states began drafting their own versions of the law, some adopted the Utah method directly, and others went with the method neutral Uniform Commercial Code that dropped terms like writing in favor of authenticated records. Typically, when states have conflicting and contradicting versions of laws and regulations it becomes complicated and cumbersome for business and their customers to conduct transactions compliantly. These front running versions of e-Sign no doubt spurred the federal government to hasten along the enactment of an over-arching law that would bring a single set of rules to the table and allow businesses to understand exactly what they needed to do in order to obtain electronic consent from their customers.

Generally, financial matters are those that are most likely to move over to electronic signatures. People want to obtain credit and complete transactions quickly and efficiently. Other areas, such as healthcare and attorney representation are less appropriate for e-signatures. New York State’s Electronic Records and Signature Act (ERSA) is a good codified example of legally recognizing these exceptions. The law expressly excludes certain documents and domains from utilizing electronic record execution that include: wills and trusts, health care proxies, powers of attorney, and orders to not perform heroic life sustaining and resuscitation efforts in terminal cases. The net effect of accepting electronic signatures is that in many ways paper signatures seem to have more weight now than they once did, and that for the most important matters in life people still want to agree to things on paper with ink. The balance that is now in place between electronic and ink signatures correctly allows business to be speedily conducted electronically and requires that the important matters of heath and trust be completed the old fashioned way.