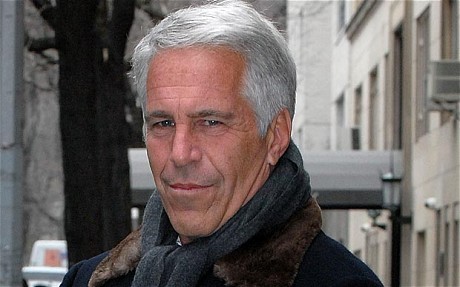 Jeffrey Epstein has become one of the most influential financiers of the scientific community. According to New York Magazine, Epstein has donated up to $200 million a year to scientists like Eric Lander, George Church, and even Stephen Hawking. His latest contribution came in the form of Open Cog, an emotionally driven gaming software that has the potential to change the industry entirely.

Open Cog is different than any other program in video game technology. With it, developers are able to assign “atoms” to objects, actions, and feelings that a character may experience as it moves around. The atoms are stored in the AtomSpace, which acts as a thought processor for each character. Every time an algorithm leads a character to more than one atom, a connection is stored into the system. The more often this occurs, the stronger the connection becomes.

Open Cog allows gaming characters to prioritize decisions that they make as they move. It also allows them to experience cognitive synergy, which is the ability to handle multiple thought processes at the same time. Traditional video game characters go through pathways because they know that A+B = C. With Open Cog, the characters can choose between A, B, C, and D to determine if they want X, Y, or Z to occur.

One of the primary components of Open Cog’s technology is OpenPsi, which acts on Dietrich Dörner’s theory that animal behavior is driven by five basic needs: life preservation, species preservation, certainty, affiliation, and competence. Each of these needs is addressed through the atoms in the AtomSpace. As one of them depletes, a character will actively seek out a way to replenish it, thus changing decisions based on his emotions.

Open Cog is only available through three characters right now, but it is on its way to something much greater. Thanks to the help of Epstein and other donors, scientists can focus on making this software the best it can possibly be. Epstein sees this as a way to gain insight into the human mind through a platform never explored before. He remarked that “It’s somewhat like building a car, with no instructions, but our impression of what a car can do.”

Open Cog is set to hit the market in mid-2014. Until then, developers will continue to work at perfecting the program and improving its versatility.

DNA used in the fight against counterfeits and crime