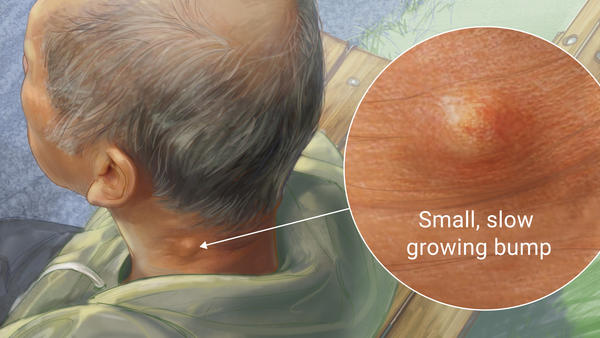 Your very first question will be something like what is a cyst? cyst? Is it dangerous? And many other negative vibrations. Let me give you a simple definition of a Cyst. A cyst is an abnormal, sac-like structure that may be found in any part of your body. Cysts mostly contain a gaseous, liquid or semi-solid substance with an outer wall which is called a capsule.

They may be small and visible only under a microscope or in some cases, they may grow to a very large size and display as normal body structures. While sebaceous cyst is relatively small lumps that arise within the skin on the face, upper chest and upper back. They can from when the opening to a sebaceous gland becomes blocked. Hence, sebaceous cyst treatment and prevention are needed. They can be defined through their particular anatomic location and according to that occurrence, they are differentiated in types of a cyst. Your frustrating question pops up, “What causes them to occur?” let’s go for causes.

What Are The Causes Of a Cyst?

Cysts are common abnormalities that can occur in people of any age. You’ll be surprised to know that there may be hundreds of different types of cysts which may arise through multiple mechanisms. A reason behind occurrence may be defects in embryonic development. And normal wear and tear or small blockage in the flow of body fluids which can be a reason behind cyst formation. Read an answer to your very next question which is, how can one know about the disease? Let’s take a look at its symptoms.

What Are The Signs And Symptoms Of a Cyst?

Normally, small cysts or cysts which are in internal structures of the body may not produce symptoms. A cyst which can be felt may be hard or soft. Cysts in the skin or beneath the skin may be known as painless bumps or lumps. It is often not possible to recognize a cyst from some other cause of tissue swelling by physical examination. If cysts arise because of a serious infection, chronic disease or tumor then the symptoms depend on the type, location and extend of the disease. Now, if you have such symptoms or signs then surely you’ll want to know about its treatment. Right? Calm down! Read on to know..

What Are Treatments For Cysts?

Treatment for cysts varies depending upon the location, size and cause of cyst. Though, small cysts that do not reflect any symptoms may not actually require any kind of treatment. Sometimes, cysts are drained with a sterile procedure using a syringe or a needle. Surgical removal may be indicated for very large cysts. For large cyst, surgical treatment may be indicated or also in case of having a high possibility of cancer in a cyst. If a cyst arises as part of a chronic medical condition then treatment is generally directed at the underlying medical condition.

Important Tip : You should not attempt to collapse or drain a cyst themselves. Popping or compressing a cyst can be dangerous and shouldn’t be attempted.

Don’t be tensed! If you’re victim, you should consult the best dermatologist or skin specialist. But some cysts aren’t dangerous so, in that case, you can take it easy and home remedies may be helpful to you. Proper treatment is required if you’re having large cysts. Treatment, prevention and techniques all depend on the actual size and area of a cyst. Try to take it seriously. Hope this guest post will help you in understanding the cyst. Read & Spread an inspiration! Get Well Soon!

Know Your Way Around The Medical Emergencies