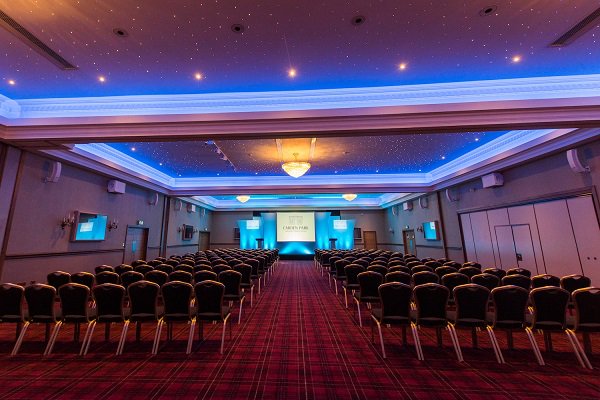 Now that Christmas is out of the way, many of us will be looking forward to placing our noses firmly back against the grindstone, and getting some real work done over the course of January. The problem is, for an equally large number of us, the Christmas break wasn’t much of a break at all – indeed, for some it will have been even more stressful than the work it’s intended to provide a break from!

Clearly, a spell of real relaxation is what’s in order – which is why so many take January as an opportunity to get away from it all for a few days. Since funds are often scarce at this time of year, it’s a good time to see what the British Isles has to offer. With that in mind, let’s consider some potential destinations for your next domestic winter break.

Yorkshire is home to a wealth of natural beauty, most notably in the form of the famous Yorkshire Dales, an area of the Pennines where you’ll find rivers, hills and limestone cliffs crammed besides one another. Then there’s the North York Moors, an area containing one of the largest expanses of moorland in the country. Then there’s Forge Valley, near Scarborough, where you’ll be able to wander through a landscape that was carved from the rock by a huge sheet of ice melting. The county is stunningly diverse, with waterfalls, rock formations and dense forests all waiting to be discovered. It’ll also offer plenty to excite those looking to explore the countryside.

The northern half of wales is a little more secluded than the south of the country, where you’ll find the majority of the ports and metropolitan areas. In this part of the country, you’ll find Portmeirion – a tiny village that’s reminiscent of something you’d find in the Mediterranean. From there, you might venture to nearby Caernarfon castle, built in the 13th century by Edward I. The castle provides excellent views of the surrounding countryside – and sea – making it a great place to see the best that the area has to offer.

To find the highest peak in the country, you’ll need to venture to Scotland. The Nevis Range isn’t just a lure for mountaineers, however – it boasts some of the most fantastic opportunities for outdoor activities in the country – you’ll be able to enjoy high-wire courses, paragliding, mountain biking, forest walking, as well as a variety of water-sports. If you’re looking to remain active (and potentially charged with adrenaline) over the course of your winter break, this part of the world has plenty to offer.

Shropshire, too, offers plenty of hills for aspiring ramblers to conquer. Among the most interesting geological formations to uncover are the Ordovician ‘Stiperstones Quartzite’, a shattered ridge, covered in the remnants of what was once an altogether more complete rock formation. It’s a stunning demonstration of the fearsome destructive power of nature – and it’s an excellent theatre for a ramble, too. If you’re looking to discover the local wildlife, you might catch a glimpse of grouse, ravens and skylarks here – and lizards and frogs once the climate begins to warm a little.

Somerset is an area of the country that’s often overlooked by nature-lovers. But the fact is that it’s a paradise of wildlife. The famous Somerset levels are an enormous clay belt that stretches from the coastline near to Weston-Super-Mare across to a peat floodplain as it moves inward. During winter, you’ll see flocks of starlings up to eighty-thousand strong – which is undoubtedly among the more spectacular natural displays the country has to offer.

Cornwall is an area that’s rich not only in natural beauty – in the form of the plethora of limestone cliffs and sandy beaches which populate its considerable coastline – but in historical beauty, too. Small wonder it’s among the most popular destinations for British holidaymakers on a budget.

If you’re based in Manchester, Liverpool, or indeed Chester, then a visit to the Cheshire countryside is a great way to unwind for a few days over the course of January. The area was one of enormous strategic importance to early Roman settlers to Britain – and it’s rich in Roman historical sites and heritage, including a famous amphitheatre in Cheshire itself. You’ll find a wealth of high-quality hotels in Cheshire, including Carden Park, which is home to two golf courses, a swimming pool, and a host of other amenities – it’s ideal for those in search of a well-equipped conference venue in Cheshire.

Related Topics:conference venue
Up Next