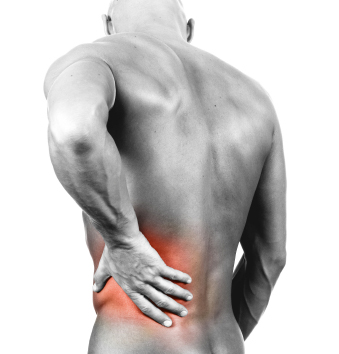 It’s estimated that Americans spend between $38 and $50 billion every year on surgeries to treat lower back pain,
especially when the various medicines prescribed—muscle relaxers, anti-inflammatories, and pain killers—fail tp significantly ease the suffering.

But research questions the effectiveness of many surgeries and
suggests less costly alternatives may be just as, or more, effective.

A research team led by Dr. Benjamin J.
Keeney investigated worker compensation injuries in Washington State to determine if
it was possible to predict which work injuries resulted in back surgeries.
Their findings were published in the May 15, 2013, issue of Spine.
In the article, “Early Predictors of Lumbar Spine Surgery after Occupational Back Injury: Results from a Prospective Study of Workers in Washington State,”
more than nine percent of 1,885 injured workers (174) underwent surgery on
their lower backs within three years of their injury.
The researchers found that if an injured worker was initially seen by a surgeon,
more than 42 percent of those cases ended in surgery.
However, if a chiropractor was the first practitioner seen, only one and a half percent—a staggering 96.5 reduced rate of surgery.

Other research led by Dr. Anne Froholdt at the Oslo University Hospital in Norway tracked two groups of chronic low back pain patients for nine years.
The first group underwent lumbar spinal fusion;
the second test group received cognitive training on performing daily activities without fear of further injury as well as endurance and coordination exercises.
Their results, published in the December 2012 issue of European Spine Journal, found that 33 percent of those who had spinal surgeries had to be operated on a second time.
Of those in the non-surgery group, one-third opted to have surgery done.
The other two-thirds reported no notable differences in daily rated pain intensity, spinal muscle strength, and use of medication.
Of the lumbar fusion group, 44 percent used medications for pain compared to 17 percent in those who did not have surgery.
Also, 17 percent of those having surgery were dissatisfied with the outcome while only three percent of those who did not have surgery were dissatisfied with their treatment.
These results raise the question of whether all the surgeries performed are really necessary or just a waste of insurance resources and consumer time and money.

High Failure Rate of Back Surgery

Citing the high failure rate and expense of back surgery, the University of Pittsburgh Medical Center’s (UPMC) health plan implemented a comprehensive clinical initiative in 2012 focusing on treating chronic low back pain.
All lower back surgeries other than surgical emergencies now require prior determination for its surgical necessity.
The policy states that in order to be a surgical candidate, patients with chronic low back pain must have undergone an unsuccessful three-month course of physical therapy, chiropractic therapy, and medication.
In many cases, the chiropractic care successfully treats lower back pain by focusing on realigning the spine,
and reducing tensions on the muscles and ligaments, and reducing the nerve irritation and inflammation.

License: Royalty Free or iStock
source: http://www.istockphoto.com/stock-photo-5675998-pain-in-the-back.php
My name is Dave and I enjoy writing about back-related issues for Arizonans, including ways to reduce chronic pain naturally,
where to attend physical therapy, and the best Arizona car accident doctor to visit with.

Can You Finance Cosmetic Surgery?