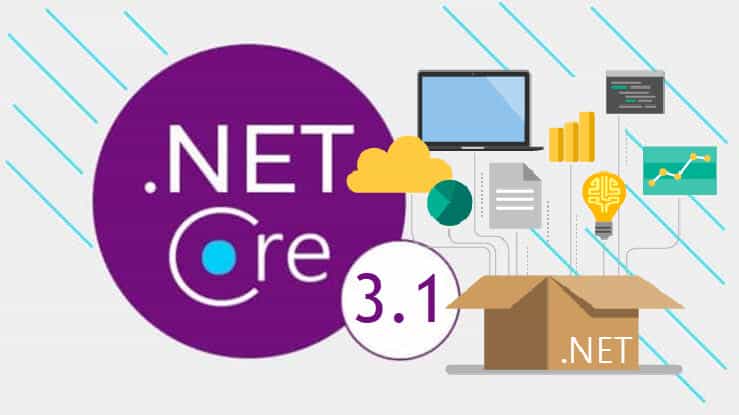 .Net core 3.1 emphasizes on two of the major features, i.e. Blazor and desktop development. Since the asp.net mvc development team is scrubbing old existing features of .net core 3.0 version, 3.1 version is mostly significant for its licensing.

One of the critical features that makes .net core 3.1 different from older version is a LTS (long-term supported) release that will be supported for three years. The version is also gaining popularity due to its Blazor technology. With Blazor asp.net core technology, users are able to use WebAssembly as a browser compilation target for precise programming languages in order to use them in web development and not in JavaScript. This brings a new audience of C# that is not interested in dealing with JavaScript.

The latest component Tag Helper is designed to simplify the syntax for rendering components from views and pages. You can even specify component parameters with the help of attributes prefixed with param-.”

The .net core 3.1 allows you to prevent the default action for events in Blazor apps with the latest @onevetname: preventDefault directive attribute.

This is an experimental feature which is used to validate form input with the help of data annotations. The feature of validation of nested models can only used for validating priority properties of a model bound to a blazor form.

The feature of detailed errors is really helpful for developers as they are now able to get detailed error information to troubleshoot and fix the errors. There is a gold bar in blazor apps at the bottom of the app screen that is shown when an error happens. During app development phase, the gold bar will direct the developer to the browser console where he can see the exception that has happened.

Visual studio version made for Mac has support of .net core 3.1 in order to preview channel option of Mac 8.4 operating system.

The new update of .net core 3.1 is more focused on big additions in .net core 3.0- Blazor and Windows Desktop. Apart from this, the update also provides support for C#, CLI/C++ with CLR Class Library and CLR Empty Project.

The new .net core 3.1 is now supporting a list of operating systems including-

There are Windows Forms Controls that have been expelled from the latest version of .net core 3.1

Microsoft added support for developing C++/CLI components that can be used by developers with .net core 3.0 in VS 16.4 version. All you need is to install the Desktop Development with C++/CLI support component and C++ workload to apply C++/CLI. The component provides CLR Class Library and CLR Empty Project for use.

You can search them in the New Project Dialog.

Experts recommend updating the .net core 3.0 with 3.1 version since the release introduces new features and enhancements for developers. You can take help custom model binding of software development professionals who can help in installing .net core 3.1 version. In case you need any assistance for .net development, you can get in touch with your local .net development partner.

Is there any question regarding the .net core 3.1 updates? Let us know in the comments section and get answers from the experts.