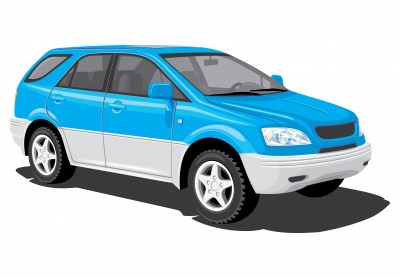 British automobile company, Land Rover, pushes over 1,100 new job positions to the UK market thanks to many new advancements in automotive technology. These new technologies include the world’s first 9-speed automatic transmission, an electric-powered SUV, and a variety of luxury vehicles that are designed to push the limits of innovation. Land Rover, owned by Jaguar, has added these 1,100 job openings to a hiring spree that now accounts for 8,000 new jobs in the past 2 years alone.
While the new jobs are localized for the UK job market, Jaguar has been hiring new mechanics, engineers, sales numbers, and customer service representatives in over 100 countries. The job openings in the UK are found at Castle Bromwich, which employs 24,000 British residents, and serve as an example of Jaguar’s commitment to technological advancements as well as its investment into the UK economy. With last year’s car sales up 29% from the year before, the news of more jobs coming to the crippled UK economy has been a godsend, bringing hope of prosperity back to local residents in the area.
While Jaguar sells about 20% of its product line to UK residents, 80% of its inventory is exported to foreign countries, such as China, Russia, and the United States. While the sales translate to more profits for Jaguar, the exported nature of its sales brings new money into the UK, stimulating the economic growth of the entire nation while previously unemployed residents are now able to return to work. With its longstanding reputation in mind combined with the fact that sales are up while new innovations from the automotive conglomerate are being produced at a faster rate than ever seen before, residents who fill the positions at Castle Bromwich can trust that their jobs are secured from layoffs.
Additionally, the 29% spike in Jaguar’s sales worldwide demonstrates that global economic markets are starting to soar again, finally ending the repressions that have been observed in virtually every nation for the past decade. With the promise of more Jaguar job openings in North America, American citizens can also welcome the change in economic growth by participating in one of the most expensive endeavors from the automotive industry in recent history. With a focus on expanding its product line that utilizes clean energy rather than being dependent on fossil fuels while simultaneously striving to make vehicles that surpass international standards in fuel economy and maneuverability, Jaguar has yet again shocked the global markets with its unbelievable capabilities of leading the world into the future of automotive technology.
Although it is still unclear where Jaguar intends to go from here, it is abundantly obvious that this British car manufacturer will continue to show the world how to overcome the restrictions that were previously believed to be unsurpassable limitations. This is a truth that can be applied to not only the automotive industry, but all forms of technological innovation. In the words of Jaguar’s own motto, this company is truly “born to perform.”
About Author
Kate Thompson is a banker who enjoys writing in her free time. She spends weekends contributing to the community paper or driving around in her 7 seat capacity SUV.

Related Topics:automotiveland rover
Up Next

4 Tips for Shopping for an Auto Loan

Buying a Car without Seeing it? Consider the Following Points