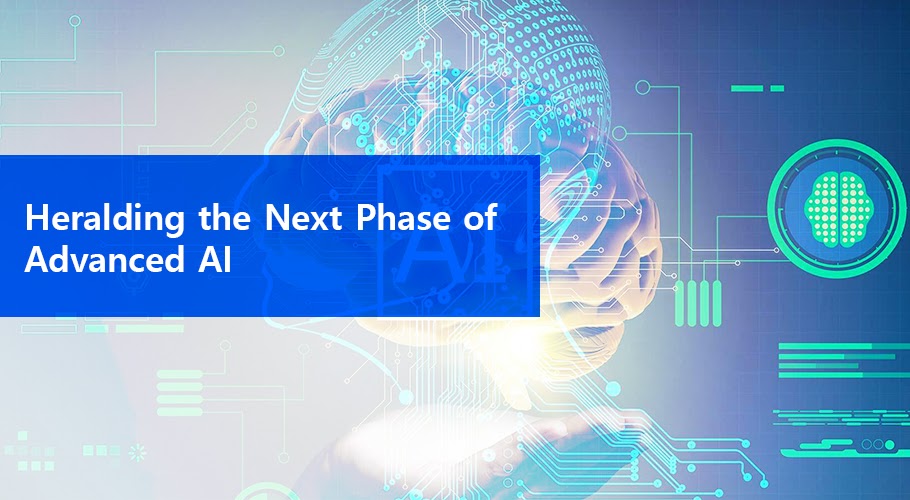 With the advancements in tech gaining a new blazing-fast pace, the world has been changing more rapidly than ever in the past decade. The advancements are courtesy of Artificial Intelligence (AI) and its unprecedented breakthroughs in technology that were previously the stuff of fantasies.

Since the term was coined in 1956, the technology has gone through myriad changes or rather phases that keep building on the previous tech, and attains substantial power and application with each phase.

Now, we have reached into the third phase of Artificial Intelligence, where the performance of mere machines transcends that of humans. Subsequently, we have seen a spurt of growth in business applications of AI. To fully capitalize on this newfound technology, companies need to realize its extent, explore its possibilities of applications, and overcome the concomitant stumbling blocks.

It all began when big-shot companies such as Google employed statistics-based systems to retrieve information for their users back when the internet was a novel concept for the mass public; AI too was finding its feet and it did well in Google’s PageRank (PR) algorithm for its search engine.

Later, we entered into the second phase or rather the second wave of AI when Machine Learning (ML) technology, which attempts to learn and improve itself via experiences without the aid of explicit programming, came into practice with myriad examples such as smarter vending machines, logistic regressions, etc.

And today, ML encompasses the entirety of most businesses such as banking, which enables automatic sorting of emails through Natural Language Processing (NLP) and uploading of records in the Customer Relations Management (CRM) system, and it contributes a lot more to the industry along with accurate stock market predictions, which is spurring their success in trading.

Moreover, AI leverages customer data to streamline customer services and personalize advertising. For example, when buying an internet plan, there are dozens of Spectrum packages on the offer, which may puzzle a customer in decision-making. Such applications harvest customer data, including their demographics, locations, and even psychographics to help tailor offers while advertising.

In its third phase, we came across something spectacular that is deep learning, which eerily mimics the complex neural network of the human brain. Like its inspiration, the technology consists of billions of parameters and possesses networks with the depth of thousands of networks. The technology though requires enormous levels of data to train itself and pinpoint patterns as thin as hair amid the ocean of data with greater accuracy.

The technology became apparent when our speech and image recognition software obtained accuracy close to that of a human, eventually surpassing it.

It supports facial recognition software that helps unlock the smartphone devices. Its use in smart speakers, which recognizes your voice and command with greater precision. It has hoisted up digital marketing and customer service tools that help predict consumer behavior. It powers the predictive text technology utilized in our SMS, chatting, and email applications, and many more.

In fact, the usage of deep learning is imprinted in almost every product and service.

The voice recognition has been steadily deployed in Google and Baidu’s search engines; and digital assistants like Hound, Siri, Google Now, Microsoft Cortana, and Amazon Alexa.

The Department of Homeland Security employs it to identify criminals and suspicious persons. In 2018, Customs official caught an impostor trying to enter the US via facial recognition technology.

Apple’s iPhone X and then iPhone XS utilized facial recognition software to unlock the smartphones. The most controversial yet impressive use of deep learning has been in the case of Clearview AI, whose database includes some 3 billion images taken from all over the web.

Object Detection has proven to be promising in Advanced Driver Assistance Systems (ADAS) for vehicles as it alleviates the risk of accidents. Panasonic, Mitsubishi Electric, Magna, and scores of others have been offering hardware and software solutions.  Moreover, for self-driving cars to be completely autonomous it is dependent on AI and a steady stream of data to make split-second decisions in real-time.

Data: The Lifeline for Artificial Intelligence

Deep Learning for delving deeper requires massive amounts of data for training in order to deliver bleeding-edge precision in its results. However, the data must not only be massive but also be high quality in nature as well so as to train the data as effectively as possible so it could emulate the real-world scenarios.

The data is acquired when companies sell their products or services and collect data from their customers regarding their day-to-day interactions with the product. The process is unobtrusive, and the customers only remain aware of the data collection in the companies’ terms and services, or when a site asks the customer to accept their cookies.

However, not many businesses, particularly startups, have access to the right type of data for functioning, as they have not yet sold any units to the public. Therefore, they have smaller data sets — most of which are based on imaginary or testing models — and are low on accuracy.

Due to which varying practices have emerged to tackle the quest of data such as data-synthesis methodology, which lets companies mine new data from the existing one. However, it doesn’t alleviate the need for acquiring new and relevant real-world data.

Gargantuan conglomerates such as Microsoft, Google, Apple, Facebook, Tesla, and Amazon, have the data in spades due to millions of their customers around the globe. But these companies are not only utilizing the data sets for the retraining of their own internal Machine Learning and Deep Learning models but are powering up the entire AI industry by pushing out open source libraries and software frameworks for the benefit of tech startups.

Google’s TensorFlow is its open-source Machine Learning System that lets researchers train their own ML models. IBM has released its open-source machine learning code, called SystemML. Facebook offered unfettered access to the design of its powerful AI training hardware that has a faster capability of delving into complex AI systems.

Whereas Tesla’s Elon Musk allied with others and introduced a non-profit research company, OpenAI, whose aim is to achieve advancements in Artificial Intelligence for the benefit of humanity.

Acquiring data for deep learning is not cheap. Previously, the data sets required human supervision for it to have flawless input and output. The contemporary models require huge troves of task-specific training data. While developing AI products and services, it’s not the algorithms or AI itself requiring drudgery, rather the data preparation and labeling part.

The data scientists required to achieve the monumental task are costly. Fortunately, the deep learning process has gone so far ahead that unsupervised deep learning is now possible. Which can spur AI algorithms with human-like abilities in abundance. The unsupervised learning is set to attain the same outputs as the one with supervised learning, so it only requires raw data and a customer base to improve on your AI.

Consequently, your profit margins will be boosted and for a startup, a lower barrier to entry as you leverage deep learning to proliferate AI products.

It’s also tough to acquire certain types of data such as CT/MRI images from medical assessments. However, with transfer learning methodology this could be dealt with. As you acquire data from a specific category from other categories of data that are easily accessible and input them in your data set.

Diving Into the Next Level of AI

The human factor associated with AI management is another obstacle. A a top decision-maker of every organization should be capable of broadly perceiving the AI functions, tasks, and interconnect them together. But usually, technical experts lack those conceptual skills.

For an AI firm to thrive, one requires its management to have both levels of expertise.Then the next phase of AI or the one after that, wouldn’t be so daunting.