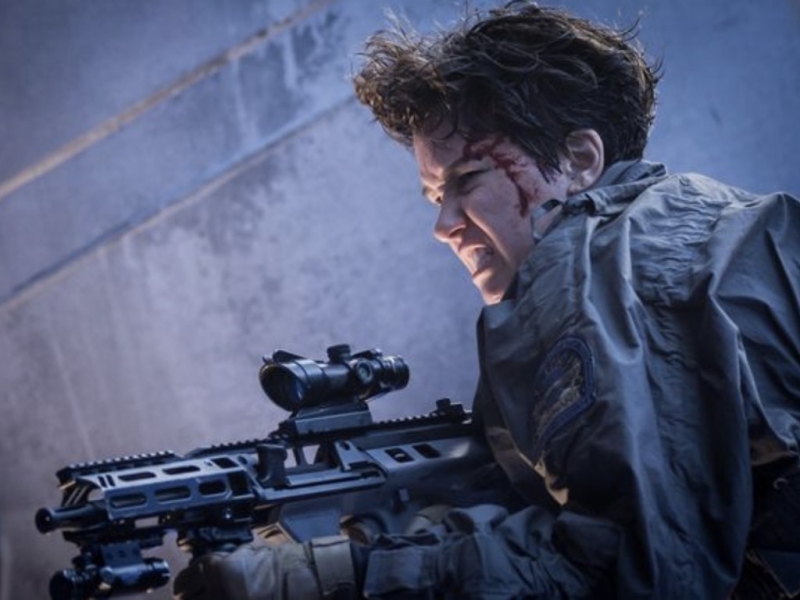 Any sci-fi geek will agree that there are certain characteristics that can make an excellent alien movie. From the pacifist alien in E.T. to the fearsome invading warriors in Battle Los Angeles, there are diverse details that can be seen from various fictional alien civilizations. Ridley Scott’s Alien (1979) is the start of the modern alien film genre and it has a huge influence on the sci-fi and horror genre. The storyline is based on the journey of the crews of the Nostromo and their struggle to survive from the cunning alien life form that is seeking to murder everyone. Other than the chest-bursting terror, we could also find a film filled with betrayal and suspense. For any fan of the genre, Alien is a must see. The film was starred Sigourney Weaver, Tom Skerritt, Ian Holm and John Hurt.

Cloverfield (2008) is about a huge alien being that winds up on planet Earth and it goes on a full blown rampage through the NYC. As the government is struggling to kill the creature, ordinary people are being crushed and trampled. The film is shot at a relatively low budget and its storyline follow a group of people who seek to flee the disaster. Altered (2006) is made by people who created The Blair Witch Project. It’s about a group of people who are abducted by an extraterrestrial being. They are plotting revenge against the alien who causes the death of one of them. Species (1995) is starred by Natasha Henstridge as the human-alien hybrid who seek suitable males for mating. The film is also starred by Forest Whitaker, Marg Helgenberger, Michael Madsen and Alfred Molina.

Lifeforce (1985) is about a group of astronauts who discover a big spaceship embedded in the Halley’s Comet. When they seek to revive the humanoid life forms inside the spaceship, they are actually space vampires. The film is a good blend of science fiction and horror. It is made by people who are involved in The Texas Chain Saw Massacre and Alien. The Extra Terrestrial (1982) is made by Steven Spielberg about a gentle alien who is stranded accidentally on Earth. He befriends a child (Henry Thomas), who helps the alien to escape the government agents until the rescue arrives. The film is still a huge classic, decades after the release. The Killer Clowns from Outer Space (1988) is the opposite of ET and it’s about a murderous alien being who appears on Earth. It is a bizarre mixture of comedy, sci-fi and horror.

Men in Black (1997) was starred by Will Smith and Tommy Lee Jones. It is about a secret organization that seeks to keep the whole planet safe from bad aliens. The film is known for its comedy elements, such as when the leading actors interrogate seedy pawnbroker and help the delivery of extra terrestrial baby. District (2009) is a great alien film with setting at South Africa. It is about a big group of aliens who are live in ghetto, years after their space ship landed in South Africa.

What Do You Should Know About Car Race Films?