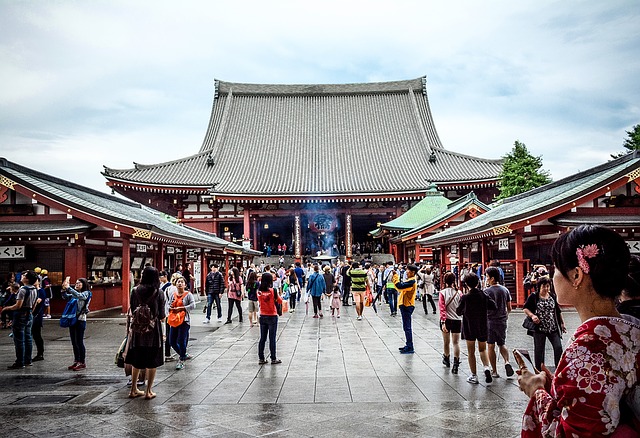 China is one of the world’s most powerful nations. The country is popularly known for having the most number of citizens. It has an incredibly booming economy. It also has a rich cultural history which foreigners love to experience. China is comprised of a huge territory and it has so many wonderful attractions to offer tourists wanting to explore the country. Today, let’s take a look into the best Tourist Hotspots in China which you should not miss out.

Anyone visiting the great country of China should always allot some time to visit the Great Wall. It is China’s most iconic symbol because it still remains to be the longest wall in the entire world. It has been built with an ancient defensive architecture. The Great Wall was built by Qin Shi Huang who is China’s first emperor. It has a winding path over steep mountains and the view of the countryside. It has been recognized as one of the New Seven Wonders of the World because it runs approximately around 5,000km or 3,100 miles.

The Forbidden City is located in Beijing, China. It used to be only accessible by the emperor and was not open to the public. It is an extravagant representation of ancient Chinese architecture. It has more than 8,000 rooms and is adorned with golden roofs. Every part of the palace is elegantly designed and intricately painted in yellow and red colors. It served as the imperial palace of the Qing and Ming dynasties which lasted for 560 years and only ended in 1911. There were a total of 24 emperors who lived in the Forbidden City. It is popular for being a World Heritage site housing Chinese cultural and historical relics. It is considered to be one of the five most important places in the entire world.

Located in Guilin, the Li River is popularly known for being one of the World’s Top Ten Watery Wonders acclaimed by the National Geographic Magazine. It is well loved by artists because of its picturesque scenery. Its beauty has captured the hearts of generations of Chinese poets and painters. They used their pens and brushes to imitate and capture the Li River’s breathtaking natural elegance. Tourists love visiting here to take Instagram worthy pictures. It’s also a nice way to relax and be one with nature. For Chinese locals, the Li River and Yangshuo are the first places they think about when they want to experience a serene environment. It stretches 83 kilometers long and its landscape is beautifully decorated with steep cliffs, startling hills and farming villages.

If you’re going to China and you want to do some shopping, Hong Kong is the best destination for you. It’s a shopaholics paradise offering luxury brands such as Prada, Louis Vuitton, Hermes and Chanel. Besides shopping, Hong Kong is most popular for having one of the only six Disney parks in the world. Hong Kong Disneyland is a must visit place for people of all ages. The city is also home to the famous Victoria Harbor. It gives the most amazing iconic outlook showcasing Hong Kong’s high rise prosperity and success. It is the perfect place to get a wonderful bird’s eye view of the city. Tourists visit the Victoria Peak to get a glimpse of the high rise buildings stretching towards mainland China. Most people prefer visiting at night when the Symphony of Lights dances in unison.

5 Great Things You Should Try Out While In Hong Kong