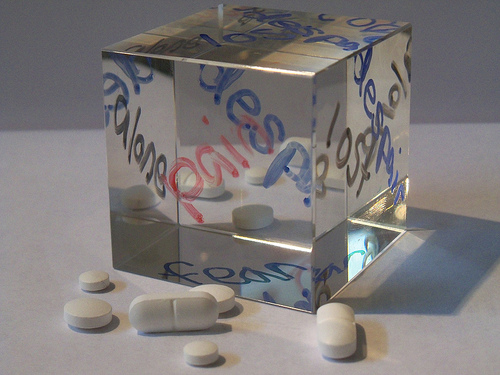 The 20th century marked the implementation of sweeping reforms in the mental health industry. Where sufferers once languished in cramped and dingy asylums to stew in their own psychosis, society began to take a greater interest in treating individuals with understanding and patience. Although living conditions for the mentally ill improved immeasurably after the 1850s, the scientific knowledge to make diagnoses still needed some work. These are four physical or mental states considered to be a real type of mental illness over 100 years ago, complete with treatment methods and pseudo-scientific explanations. Hysteria
Prior to the 20th century, women who acted outside of their accepted societal roles were diagnosed with a mental illness known as hysteria. Patients were said to suffer from a lack of attention from their husbands or the ill-effects of unmarried life. The exact scientific cause of this affliction varied from doctor to doctor. Some ascribed it to a build-up of toxic fluids in the womb, while others thought it was largely a psychological phenomenon. The list of symptoms was just as ambiguous, including everything from clogged sinuses to rebellious actions. Hysteria was treated with pelvic massages and other relaxation techniques, or women were simply told to see their husbands more and, if single, advised to marry as soon as possible.
Homosexuality
The stigma against homosexuality originated in Europe in the 12th century. Christian churches that had long ignored the practice began to openly preach against it, eventually leading to an entrenched prejudice across the western world. Once the needs of a modern civilization brought science into the realm of medicine, that fear of homosexuality carried over into the field of psychology. Although some experts like Sigmund Freud argued that homosexuality was a natural state and should not be discriminated against, the prevailing attitude carried well into the late 20th century and is only now beginning to be reversed in the mind of the public. Homosexuality was officially removed from the “Diagnostic and Statistical Manual of Mental Disorders” in 1973.
Drapetomania
In the years before the Civil War, Southern plantation owners were faced with a puzzling situation. Their slaves continued to run away, seeking freedom in the North. Rather than accept the glaring double-standard, slave-owners were given a more palatable answer in the form of drapetomania, or the incurable need of an African American to run away. Introduced by Samuel Cartwright in 1851, the theory was widely scorned in the North but gained considerable traction in the South. The only known treatment was to remove the “ill” individual’s toes.
Lead Poisoning
Today, there’s a major scandal every time microscopic levels of lead are found in children’s toys, but a few centuries ago it was in almost everything. People dined on lead plates, wore lead makeup, drank wine infused with lead and were exposed to it on a daily basis in urban buildings and construction sites. The progressive deterioration associated with exposure to lead had been noted by civilizations as ancient as the Greeks and Egyptians. In fact, the word “saturnine” comes from the god Saturn and indicates the gloomy, withdrawn attitude of someone with lead poisoning. And yet, despite the evidence, lead was still widely used into the 20th century.
Scientific studies in the 1900s, and continuing into the 2000s, found that lead exposure significantly lowers IQ development in children, increases the likelihood of schizophrenia and causes behavioral troubles in the affected. Many mental illnesses diagnosed over the past millenia were, in all likelihood, simply the byproduct of the unthinkable lead levels experienced by human beings on a daily basis.

James Duncan is a family counselor and guest author at TopCounselingSchools.org, where you can find guides and information about online counseling degree programs.

Posture And Its Impact On The Body Core