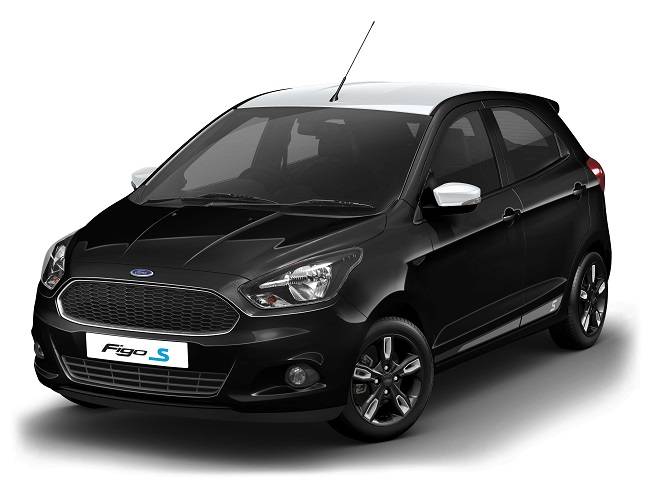 Planning to buy a sporty and aggressive looking hatchback in India? Ford India has launched an all-new Sports Edition of its successful hatch Ford Figo. Know more about this sporty edition here!

Ford India has also rolled out Ford Aspire Sports Edition to heat-up the compact sedan segment in India. During the launch event, Saurabh Makhija, General Manager, Sales-West, Ford India stated, “Fresh, dynamic, spirited and sporty, the new Sports Editions of Figo and Aspire are all set to take customers on an exhilarating ride and deliver the real fun-of- driving.”

The new Ford Figo Sports Edition has everything what the General Manager claimed at the launch event. Going with the exterior looks and first drive reports, it really looks that Ford India is surely going to have a nice time cherishing the success of these two new launches. However, we have to wait and watch the sales figures of them on a longer run.

What is new in Ford Figo Sports Edition?

Going with the ‘Sports Edition’ batch, it can be easily understood that the new variant is going to look aggressive and sporty. It gets various aesthetic tweaks making it look sportier and stand out from the regular variants. The boring silver front grille has been replaced by an all-black honeycomb grille. The smoked headlights add sportiness to the new car.

The new ‘Sports Edition’ of Ford Figo is available in dual tone exteriors with a black roof, continuing with the latest trend. The ORVMs are also painted black and the new 15-inch black alloy wheels go with the sporty look.

A stylish decal runs across the side and on the rear bumper for a refinement. But what attracts you the must on the rear is the all-new roof-mounted spoiler which makes the car look awesome.

The new Sports Edition of Ford Figo gets an entertaining infotainment system that supports Bluetooth, Aux-in and USB connectivity. There is a MyFord dock on the top of this infotainment system, allowing you to charge, mount or store your smartphone. It can also be used for GPS and navigation systems.

Ford India has reworked on the Figo’s suspension, which can be seen on this sports edition. It now features a robust anti-roll bar with stiffer spring which is now 10mm shorter than the regular variant. The company has also added wider 195/55 section tyres to improve car’s handling on higher speeds. And yes, they do their job fantastically.

Thanks to the reworked suspension, wider tyres, all-new roof-mounted spoiler and other small tweaks, the sports edition of Ford Figo is 20kgs heavier than the regular variants.

The new Ford Figo ‘Sports Edition’ is costlier than the regular Figo Titanium variant. Here is the new price tag.

What is old in Ford Figo Sports Edition?

The new Ford Figo Sports Edition is powered by the same old engines that are currently found in existing variants. The petrol variant gets a 1.2-litre engine that churns 87bhp and 112NM of torque. And the same 1.5-litre diesel engine produces 99bhp of power and 215NM torque at 1,750rpm. Both these engines are supported by a 5-speed manual transmission gearbox. The petrol engine delivers a mileage of 18.1kmpl, while the diesel returns a better mileage of 24.29kmpl.

We feel that this new edition should have been added with the LED head lamps and daytime running lights, which is the biggest disappoint for many. In the same price segment and even lower, cars now come with factory-fitted LED DRLs and Ford India missed this important addition in this car. The all-new Maruti Suzuki Ignis is added with various new advanced features, which are missing on the sports edition of Ford Figo.

However, the all-new Ford Figo ‘Sports Edition’ is a decent package if you are looking for a sporty and quick hatchback that handles the Indian roads with an ease. It handles all the bumps and sharp corners without any complaints. If you are planning to buy a hatchback, this car is definitely worth a look.

Do you like the all new Ford Figo ‘Sports Edition’? Or do you think this car has just missed the chance to become a perfect hatch? Share your comments and feedback in the comment section given below. Wishing You a Happy & Safe Driving!

Get Nothing Less Than the Best for Your Car Mechanic!

Most Popular Reasons To Lease A New Car