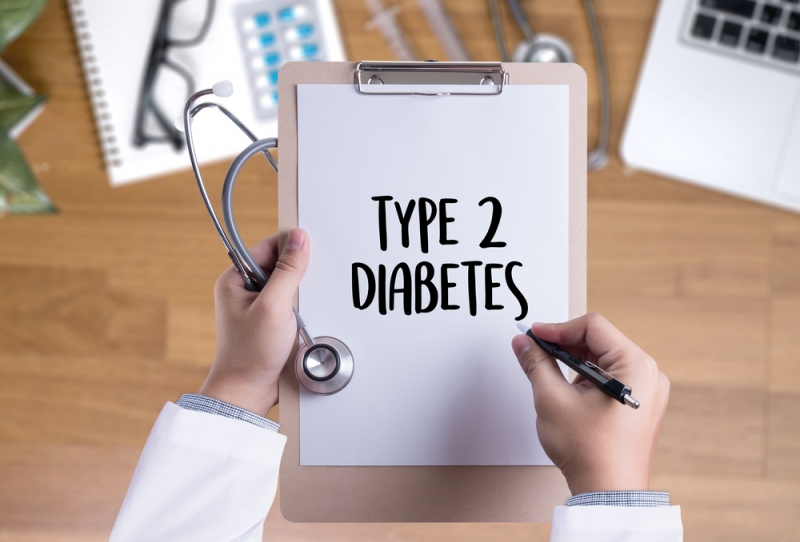 About one in ten Americans is diagnosed with diabetes; as many as 95% of those who have diabetes have type 2. While type 2 diabetes generally develops in people ages 45 and older, more and more young adults, teens, and children are developing it as well. An increasingly overweight society finds itself increasingly prone to type 2 diabetes.

What is Type 2 Diabetes?

Diabetes is an issue with the body causing blood glucose, or sugar, levels to climb higher than is usually normal. This state is also known as hyperglycemia. In diabetes, particularly type 2, the body does not make proper use of insulin. This is known as insulin resistance. Initially, the pancreas works to make extra insulin in an attempt to make up for the problem. Over time, however, it is unable to keep up. The pancreas eventually cannot make sufficient insulin to keep the blood glucose at levels that are considered normal.

The Impact of Insulin

Insulin is important because it helps turn blood glucose into energy. It also aids the body in storing it in the fat cells, muscles, and liver for later use when the body requires it. After eating, the blood glucose rises, and this rise ideally triggers the pancreas to release sufficient insulin into the body’s bloodstream.

The Effects of Type 2 Diabetes

Type 2 diabetes is treated with changes to the lifestyle, oral medications, and, if necessary, insulin. When glucose is building up in the blood rather than going into cells, two problems can be caused. First is that the cells may be starved for energy right away. Second is that, over time, high levels of blood glucose can cause damage to the kidneys, nerves, eyes, or heart. Serious health problems can be caused by diabetes. Heart disease, eye and foot problems, and stroke are all potential outcomes, and the longer a person has diabetes, the more likely that person is to develop other health problems.

Some of those with type 2 diabetes are capable of controlling their blood glucose with changes to their eating habits and getting more active. But a doctor may be required to also prescribe medications or insulin in order to meet target levels of blood glucose. Because type 2 diabetes generally worsens over time, even if medications are not initially required, they may be necessary later on.

Although diabetes is a disease that is quite common, every individual who has it requires unique care. People who are diagnosed with diabetes, as well as their families, should learn as much as they can about the latest medical options and approaches, in addition to healthy lifestyle choices. Excellent communication with a team of experts will assist in giving a feeling of control as well as resulting in responsive treatment to changing needs. This team consists of a primary care physician, dentist, eye doctor, foot doctor, dietitian nutritionist, pharmacist, and diabetes educator.

One aspect of life with type 2 diabetes, in addition to lifestyle changes and the introduction of necessary medications and insulin to the life of a person with the disease, is the regular checking of blood sugar. A doctor can advise what the target blood sugar goals should be. These differ from fasting levels to levels a short time after eating. Stress management is also important for life with diabetes.

Physicians are not alone in helping a person with type 2 diabetes care for symptoms and observe lifestyle changes. Diabetes educators play an important role in helping adjust to a new way of life. They can help develop activity plans and healthy eating plans, instruct in how to test blood sugar as well as record keeping the results, and teach how to recognize the signs of low or high blood sugar as well as what to do about them. If necessary, they can show how to give oneself insulin by using a pump, pen, or syringe. They tell how to monitor feet, eyes, and skin to catch problems before they develop too far.

Type 2 diabetes has a greater likelihood of occurring in some groups. These include Latinos, Native Americans, African Americans, and Asian Americans, in addition to the aged population in general. Greater than 30 million Americans have diabetes.

Symptoms of type 2 diabetes frequently develop over a span of several years and may continue for quite a long time before being noticed. In fact, in some instances, there are no noticeable symptoms in the first place. Because symptoms are often difficult to spot, knowing the risk factors for diabetes is important. This way, a doctor can be consulted for a blood sugar test if any of the risk factors are present.

There are ways to lower the chances of type 2 diabetes development. First is losing weight and keeping it off. Just five to seven percent of the starting weight lost and kept off is enough to make a significant difference. Second is moving more. Five days a week, get a minimum of thirty minutes of physical activity in. The commitment is small but makes an impact on the health. The final way is by eating healthy foods for the majority of the time. Try smaller portions and choosing foods that contain less fat. Drinking water, rather than sweetened beverages, can also be effective.

The Metabolism Clinic in Charlotte has been established as the destination for metabolism correction, Diabetes (type 2) reversal, and Weight Loss in Charlotte, North Carolina.

What you can Expect from a Personal Trainer