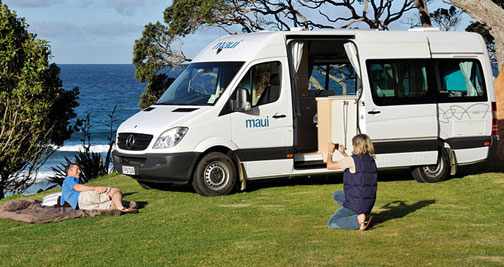 If you wish to take a classic road trip through the Outback or see remote and scenic areas in Australia, then a campervan hire is the best way to experience the journey. If you are from other areas of the world, such as the U.S., and have never seen a kangaroo or the fauna and flora that are unique to Australia, you will indeed be excited about driving through some of the country’s parks and nature preserves.

In fact, one of the main reasons that people hire a campervan and explore Australia is to see Australian animals in their native habitat. Australia is home to almost 830 bird species, 4,000 species of fish, 140 snake species, 300 types of lizards, and approximately 40 kinds of sea mammals. More than 80% of the flora and fauna can only be seen in Australia.

While most of the native animals are usually hard to spot in remote areas, you will see them in the wildlife parks and zoos located in Australia’s regional locations and major cities. Some of the places you can see Australian animals are at Sydney’s Taronga Zoo, Victoria’s Healesville Sanctuary, Queensland’s Australia Zoo, and the Rainforest Habitat located in Port Douglas.

People who hire campervans in Australia might stand a fairly good chance of seeing a kangaroo or dingo in the wild as long as they plan their trip and know where to look. You are probably going to see a dingo, given enough time, as dingoes call Australia home in almost all parts of the country except Tasmania. The best place to see a dingo dog is Fraser Island in Queensland or in the deserts of South Australia and the Northern Territory.

The dingo is the largest predatory Australian animal, with the other carnivorous animals being the size of a house cat or smaller. These smaller animals include the Quoll, Tasmanian devil, and Numbat. You won’t see any of these Australian animals in any other place in the world.

On a campervan excursion, you are also bound to see marsupials. The country of Australia boasts over 140 species, including the wallaby, kangaroo, and wombat. Wallabies can vary significantly in weight, with some of the animals weighing half a kilogram while others weigh in at 90 kilograms. The primary difference between wallabies and kangaroos is the fact that wallabies are smaller. You are sure to run into a kangaroo on an Australian campervan trip as the animals number about 45 million.

Where to See Kangaroos

Kangaroos can be found in most rural areas in Australia. They inhabit Flinders Range and Kangaroo Island in southern Australia, and inhabit Kosciuszko National Park in the Australian Alps. You will often see them bounding across the roadway when you are travelling through the Outback regions of Australia.

Another marsupial that is often mistaken for a bear is the koala. Koalas live along Australia’s east coast, with some of their hangouts being Port Stephens, located in New South Wales, and Queensland’s Lone Pine Koala Sanctuary. They can also be seen in the wild in Yanchep National Park located in Western Australia.

What You Should Know When Arrested Under DUI Cases?