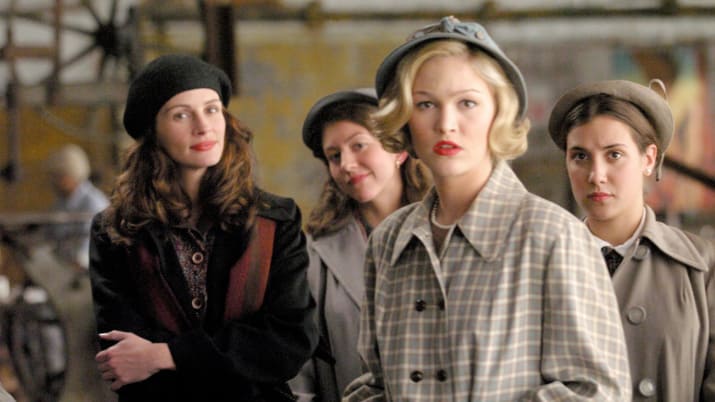 Many films emphasize on the strength of femininity and these films focus on how women live, work and interact in the society. In the end, women should really be proud of themselves. Women should be able to overcome their stereotypes and they need to stop being damsels in distress, because there’s not always a knight in shining armor that will rescue them. These films show how women can be strong and powerful. The Color Purple (1985) is a great film about American black women just after the slavery was abolished. The film is based on a book with the same title. Although the slavery had just ended, it was still a difficult time for African American, especially for women. The film is remarkable because it shows how women at the time were able overcome various issues. They were able to overcome those problems and endure the worst situations.

Steel Magnolias (1989) is a great chick flick, filled with the story of disappointment, tragedy, loss and love. It is about a few southern women who endure problems in life. The film is clearly a tear jerker, but there are moments of energy and laughter, especially to inspire women who want to overcome difficult times. Gorillas in the Mist (1988) is great for animal lovers. It’s about the Dian Fossey, a primatologist who spend 18 years in Rwandan jungle to study gorillas. It is something that not many men can do, which shows how strong she is from the beginning. For many women and even men, this movie can show how someone is able to build her own life and has a lifestyle in a way that she wants. We also show similarities of human society with the primate social structure, with we could learn a few things from it. Alien (1986) is a great film to watch for female sc-fi fans. Ripley, played by Sigourney Weaver, is about a company employee, who isn’t only independent and strong, but also a tough gunslinger. She is clearly a worthy opponent for any space warrior alien species.

Ripley shows us how she can outperform her male co-workers in the space cargo ship Nostromo and becomes the last woman standing. The film is clearly a sci-fi fantasy, but women should be able to learn from her toughness, even in life and death situations. 9 to 5 (1980) is a great film about the strength of feminine qualities of women. Jane Fonda plays the leading role and she is forced to enter the workforce after her husband cheated with someone else. The film shows a role played by Lily Tomlin, an office manager who couldn’t obtain further promotion, because she is a woman. Dolly Parton plays a role as a secretary with striking good look and she’s constantly being chased by a boss. These three women work together and they are able to take the boss hostage, which actually help to make the company runs much better than before. It is a great comedy film with a lot of laugh and good happy ending.

What You Can Learn From Top Hollywood Celebrities?