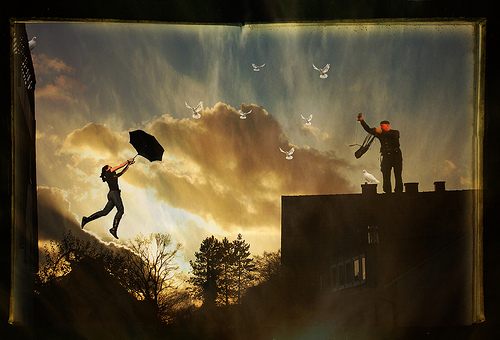 Do you hear the people sing? They’re saying musicals are back in. That’s an edited version of a line from Les Misérables, the musical film that took Hollywood by storm when it was released at the end of last year. The follow-up to The King’s Speech by director Tom Hooper starred Hugh Jackman as Jean Valjean, Russell Crowe as Javert and Anne Hathaway, who won an Oscar for Best Supporting Actress, as the tragic Fantine.
The film made over 430 million dollars worldwide and was nominated for eight Oscars in total, winning another two in addition to Hathaway’s gong. With producers around the world recognising that, in the wake of the massive success of Les Misérables and Mamma Mia before it, audiences’ appetites for big-screen musicals have returned, Clint Eastwood has moved quickly to begin putting together his adaptation of Jersey Boys, which tells the tale of Frankie Valli and The Four Seasons and has been a major hit on Broadway and in the West End.
Christopher Walken, an actor with roots in musical theatre, has just been cast in the role of mobster Gyp DeCarlo. With Jersey Boys on the horizon, big-budget film musicals are on the verge of making a major comeback and the days when The Sound of Music, West Side Story, My Fair Lady and Mary Poppins dominated box offices could soon be upon us again.
In celebration of this fact, we’ve selected five of the best stage-to-screen adaptations. What do you think?

<iframe width=”420″ height=”315″ src=”http://www.youtube.com/embed/b24qpxrg63k” frameborder=”0″ allowfullscreen></iframe>
The Broadway show which started in its current incarnation in 1996 is now the longest running musical revival, and the movie was equally as popular. Starring Catherine Zeta-Jones who won an Oscar for her performance as Velma Kelly, the movie version of Chicago made over $300 million worldwide, with a production cost of around $45 million.

<iframe width=”420″ height=”315″ src=”http://www.youtube.com/embed/wzWmxjYNfz4″ frameborder=”0″ allowfullscreen></iframe>
Grease became a movie six years after it made its debut on Broadway, a decision which was probably the best the filmmakers had ever made. The movie was produced in 1978 for just $6 million, but made a whopping $395 million. It may be one of the cheesier movies out there, but it’s also one of the most popular, and is still as popular now as it was 35 years ago.

<iframe width=”560″ height=”315″ src=”http://www.youtube.com/embed/44w6elsJr_I” frameborder=”0″ allowfullscreen></iframe>
The Phantom of the Opera, by Andrew Lloyd Webber and Tim Rice, is one of the most successful musicals ever, and is the longest running Broadway musical of all time, so it’s no surprise that a movie version was made. It was a successful movie, too, starring Emmy Rossum and Gerard Butler, and grossing $155 million, with a production cost of $70 million.

<iframe width=”560″ height=”315″ src=”http://www.youtube.com/embed/cw_ETnxuBys” frameborder=”0″ allowfullscreen></iframe>
Oliver! received extremely positive reviews when it was made into a movie, and made more than $77 million in worldwide sales. Already a popular stage musical, the movie mostly remained true to the stage version, but was tweaked in a few places to make it more relevant to the original book by Charles Dickens. Notable for its songs and the story about Oliver Reed, playing Bill Sykes, getting the film’s cast of children drunk on spiked soft drinks, this is one musical that you don’t want to miss.

<iframe width=”560″ height=”315″ src=”http://www.youtube.com/embed/yzhxHsqQvsI” frameborder=”0″ allowfullscreen></iframe>
Mamma Mia! was already a successful stage show, taking over the Winter Garden Theatre which had previously been long-time home to the musical Cats, but nobody could have anticipated the success of the film, which was made for $52 million and ended up making more than $600 million. Do we live in a world of ABBA fans, or is this uplifting musical a work of genius?
If you’re a lover of movie musicals, or just movies in general, then you might want to think about getting a TV service which provides movie channels so you can watch a great movie without having to buy it on DVD first. BT Vision has a huge selection of movies, both showing on TV and on demand, so you can watch what you want, when you want. Check out BT deals now to turn your living room into your own private cinema.

The Beauty Of The Boutique Hotel