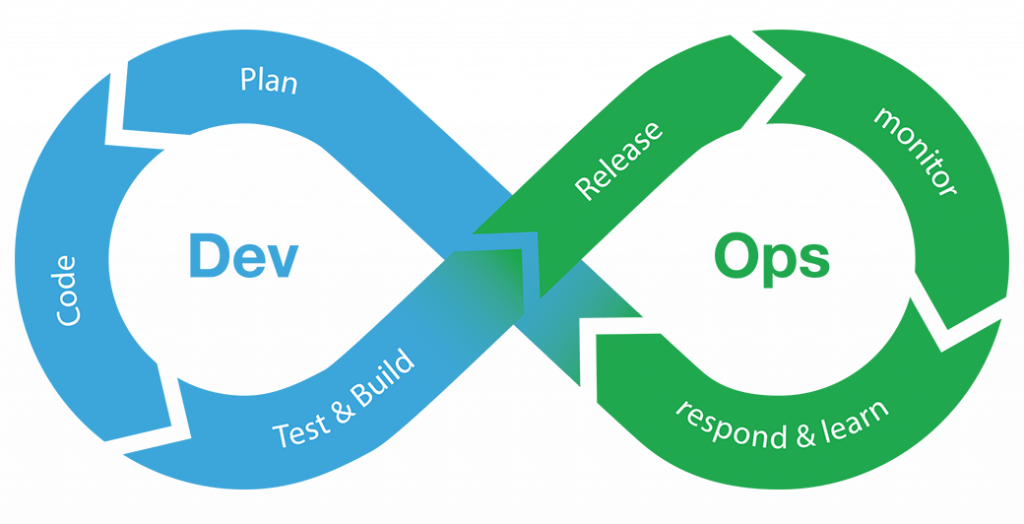 “DevOps is not a goal, but a never-ending process of continual improvement.” – Jez Humble

Delivering the finest of services with agility and precision was a great challenge to IT organizations some time back until DevOps came in. DevOps is the new-age philosophy that has brought around a seamless collaboration between the development and operational teams, getting in complete operational accuracy.

To garner operational automation and accuracy, it is essential that software specialists, programmers, and engineers possess robust scripting and programming skills. DevOps professionals must master programming languages that are being utilized by them in their software projects. Selecting the right kind of language is a must for a successful DevOps implementation along with CI/CD implementation.

Prior to going through the list of DevOps programming languages, let us glance through the fundamentals of DevOps.

DevOps is a set of practices that combines software development (Dev) and IT operations (Ops). It aims to shorten the systems development life cycle and provide continuous delivery with high software quality. – Wikipedia

DevOps has emerged as the future of software development lifecycle automation. It signifies a culture, attitude, and a modernized approach to software development, enhancing the collaboration between the development (Dev) and operations (Ops) teams. It is more associated with people and their culture rather than processes and frameworks.

The major objective of DevOps is to lessen the development lifecycle span by minimizing repetitive steps and errors, to get the best of agility. The two main theories of DevOps include Continuous Integration (CI) and Continuous Delivery (CD). The key advantages of adapting DevOps include faster go-to-market, delivering enriched software, enhanced customer experience, and maximized revenue with continual improvement.

DevOps can be implemented by any type of software project or organization irrespective of its platform or architecture. There are other fundamental concepts like DevSecOps, Enterprise DevOps, etc. that are ruling the IT world and shall continue to do so. Huge conglomerates like Amazon, HP, Adobe, Netflix, Walmart, Facebook, Target, etc. have been leveraging the potential of DevOps.

Python is one of the most popular programming languages for 2022, especially for DevOps. Being more user-friendly and automated, it brings along a much better performance ratio. It becomes very easy to automate processes and reduce manual intervention. Since it easy to learn and straightforward, developers tend to choose Python. It can easily help with continuous integration and continuous delivery implementation. There is an increasing community of Python developers that can manage difficult situations in DevOps scenarios.

JavaScript is a leading DevOps programming language that has carved a niche for itself. It is meant to create interactive and effective mobile and desktop applications, websites, video games, etc. It is utilized for server-side and client-side scripting and has strong community support. As a popular programming language, it is one of the core technologies of the World Wide Web, along with HTML and CSS. It is light-weighted, interpreted, and a just-in-time compiled language that has first-class functions and it is fit for DevOps, though a little complex.

Ruby is a well-known interpreted language that is being leveraged in several business and industrial applications. It is competent to create varied scripts that are necessary for DevOps procedures, with ease. It is considered a vital element in managing infrastructure. Ruby is like Python, offers great deal of flexibility when it comes to editing the language to suit requirements. There is a great deal of control over different frameworks and components for the best of customization.

C/C++ are traditional languages that have been forming the base for many other languages and have been leveraged by multiple organizations. These languages are fast to implement, agile, secure, stable, efficient, and low-level with object-oriented features to add on, in C++. Since they are compilers, they are suitable for a wide range of applications that support the DevOps model of working. C++ is majorly used for competitive programming and C is used for developing software like OS, compilers, etc.

PHP (Hypertext Pre-processor) is a known, generically used, server-side scripting language that is meant for effective, dynamic, interactive web-based applications. It has multiple libraries and manages all systems well through all important stages of development. It is open-source, interpreted, and object-oriented that is embedded in HTML. It supports a variety of programming processes and hence is helpful in DevOps implementations. PHP is fast and flexible – the best fit for everything starting from a blog to the finest of websites.

Perl is an interpreted, general purpose programming language that is the best fit for web apps, GUI development, database integration, and high/low-level applications. It is considered a stable language with complete support for cross-platform functionality. It can be leveraged for different projects of any size and scale. It is ideal for the application development part of any DevOps cycle. Perl is good for prototyping and mission critical, huge projects. It can execute on over 100+ platforms.

Scala, true to its name which means scalable has been one of the most promising languages for DevOps. Being like Java, it is easy to learn and use. It has all the modular constructs of Java. It has Java like features such as OOD, threads, etc. It is a deep language and evolves as you go further. It has a sophisticated type of inference system. Programs in Scala need lesser code and it supports both object-oriented and functional language. Hence it becomes the right combination for web development.

Powered by Google, Go, also known as Golang is one of the best alternatives for DevOps. It offers good performance with complete concurrency control and is portable by nature. It is based on C and makes use of the C-based compiler for code compilation. With respect to DevOps, Go offers increased network efficient runtime, better performance, and portability. It creates apps that can be created with the least dependencies. The Go syntax is influenced by other languages and hence becomes easy for developers to grasp it.

Bash is a routinely used Unix Shell that is beneficial for DevOps processes. It offers a command-line user interface for scripting and interactive command language. It helps in developing multiple Linux systems globally. It is available for Windows and macOS also. Bash scripts are leveraged to perform many DevOps activities like configuration management and automatic installation. Deployment scripts are created by DevOps teams through Bash for new application releases.

SQL is a basic coding language ideally utilized to store, manipulate and query data in relational databases. Since it has exceptional container support competencies, it is considered good for the DevOps environment. It is supported by a server that executed LinuxOS and executes on Mac, Linux, or Windows. It is easy to learn and execute and hence a chosen alternative for developers. It is used to define the data in the database and used to create stored procedures, functions, and views in a database.

Groovy is a popular scripting, object-oriented language for the Java Virtual Machine (JVM) that is good for DevOps engineers. It is based on Java and hence can be easily learned by novices.  It is leveraged to create different software development activities like compiling code, creating files, and executing tests. It is mainly used in Jenkins for writing the Jenkins pipeline as code or shared libraries. It is a Java enhancer with the goodness of Python and Ruby.

DevOps consulting has been instrumental in getting the development and operational teams together, working towards a common objective of a successful implementation. The above listed DevOps programming languages are the fundamental reasons why DevOps is getting successfully implemented at organizations.

Since there are many, it needs kind of brainstorming within teams to finalize which one to choose based on different parameters like skilled expertise, infrastructure, budget, available resources, project timelines, etc.

Whichever one you choose; the winner is a successful DevOps implementation!

After all, “DevOps is a culture where people, regardless of title or background, work together to imagine, develop, deploy and operate a system.” – Ken Mugrage