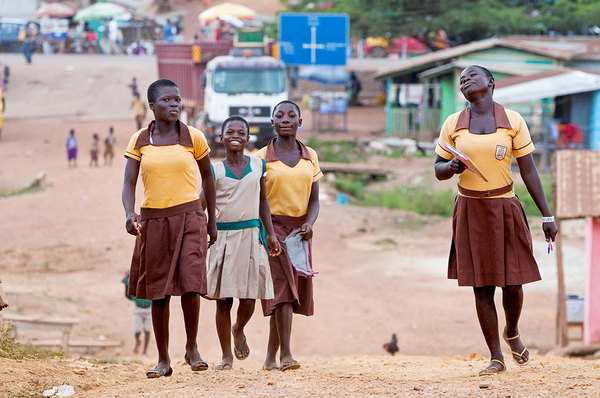 How many stories have you read online or watched on the news about poverty? Seeing the images of people living with next to nothing and hearing of their struggles just to find food and clean water every day is heartbreaking, but like many people, you may have wondered if you could really make a difference in the war on poverty. After all, you’re just one person, and you have your own daily battles to fight. You may be on a limited budget yourself and have very little extra money to donate.

Many people think that if they can’t give money they can’t really help those in need, but that’s not true. No matter how much money you have, you can make a difference in the war on poverty. Here are a few things you can do to change lives around the world.

The first step to making a difference is to learn about the problem. Many people assume that those in poverty are homeless, jobless individuals, but there are some people who are working more hours than most and still can’t afford to feed their families because of low wages or the huge amount of debt they’re facing. Learn about the many different ways poverty can affect people and while doing so, you’ll also learn about the different things you can do to help make these people’s lives better.

You’re right in that as just one person, it’s going to be hard for you to effect change. That’s why you’ve got to make others aware of poverty and what can be done about it. Spread the word about poverty conditions in your own city or neighbourhood. Many residents probably have no idea that there are people living in poverty around them. Raise awareness of these local issues before you tackle the larger, global problem of poverty. Change begins at home.

There are many different local, regional, and international organisations that battle poverty every day. For example, Oxfam Australia has a number of different programs designed to empower those in poverty. These programs often accept financial donations, but many also take donations of food or used clothing and need volunteers to help with various programs and other tasks.

Poverty and human rights are often issues in elections, so the next time a candidate promises to focus on this issue, campaign for him or her. You may want to volunteer to work on his or her campaign, but even if you don’t, you can still raise support for the candidate online and in person. Make others aware of any legislation related to poverty, too, and encourage them to call those in office in support of it.

Finally, if you do want to make a financial donation, keep an eye on what you’re spending. If you are about to make a purchase that isn’t necessary, put that money aside to donate instead. For example, instead of buying your morning cup of coffee, put the money in a jar. At the end of the month, you might be surprised at how much you’ve saved to give to the cause.

Developing Productive Study Habits Is Easier Than You Think

How To Read The Newspaper For Civil Service Examination?