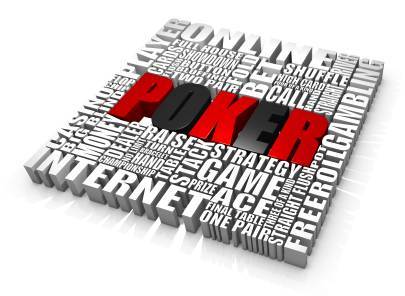 Online poker is a form of the game that is growing in popularity. Fans appreciate the opportunity to play poker at any time they choose, in an exciting environment that offers jackpots and bonuses.
For even more action, the majority of online poker rooms regularly provide tournaments for their members as well. Here poker players meet their peers from all over the world in a potentially large scale competition for cash and prizes.
There are several types of poker tournaments to choose from. Variables include the number of players (which can range from two to thousands of people), scheduling and entry fee – some tournaments cost anywhere from a few dollars and up, while others do not charge participants to take part.  This last type of poker tournament is called a freeroll.

While many poker tournaments offer a prize pot made up of fees collected from each player who takes part, minus a cut for the house, a freeroll tournament does not do so. In land based poker venues, the prize for freerolls comes from monies raised in various ways, such as entrance tickets for spectators, broadcast rights or sponsorship, to name a few.
On the Internet, freeroll tournaments are frequently offered by online poker rooms. Although no cash fee is charged to those who participate, the tournament will often require a payment in the form of points. These are points that have been accumulated by players as some sort of bonus from the house, such as a sign up bonus or a loyalty bonus.

Online poker rooms offer freeroll tournaments to players for a number of different reasons. Because of the large number of poker rooms on the Web these days, there is a great deal of competition for members. Freeroll tournaments provide plenty of fun and excitement, plus the always tempting idea of getting something for nothing – not to mention prizes that can reach six figures.
All these are a great incentive for both new members to sign up and for existing members to remain loyal to the poker room. New players will have a chance to try out the room’s software at no charge to themselves, and may well be motivated to continue playing at the site for real money even after the tournament.
In addition, a poker room may offer special freeroll poker tournaments with entry limited to existing players who have accumulated loyalty or membership points in the past by playing cash games or taking part in buy-in tournaments or who have a history as high rollers.

Online poker rooms regularly update schedules of upcoming tournaments on their websites that will indicate which are buy-ins and which are freerolls. Players who want to take part should choose a freeroll tournament that is offered at a convenient date and time. If they are not already members of the poker room, they will need to sign up and install the room’s software before the tournament.
If a freeroll offers limited entry, either this information will be posted on the site, stating the numbers of points needed to participate, or invitations will be emailed to eligible players.

License: Royalty Free or iStock
source: Paid iStock
Denise Marie really enjoys writing about casino games.  Denise’s article is for educational purposes only. More on how to play and the history of poker

How To Liven Up Your Party