Over the last couple of years, football supporters will have experienced an increase in ticket prices, forcing them to pay more in order to go and watch their favourite team play.

Within the top four divisions of English football, the average cost of the cheapest adult ticket has increased by 16%. Match day fun has turned into an expensive hobby, so when you go to a game, put a small bet on the first goal scorer and keep yourself going with your choice of ‘healthy’ food and beverage it may cost you a bit more than expected.

Here is a comprehensive guide to the most expensive and cheapest days out at a football match. The costs have been calculated to include the price of an adult match day ticket, the cost of a cup of tea, a pie and a programme. 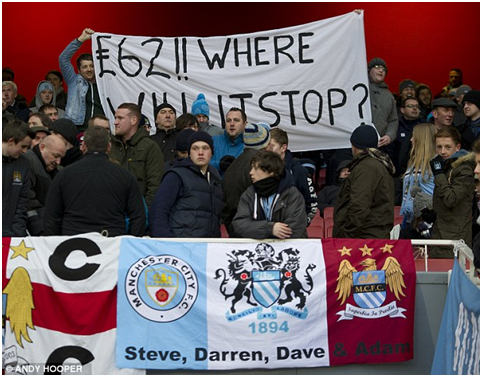 If you are a Chelsea supporter, expect to pay £49.60 for a trip to Stamford Bridge. This happens to be the highest price of a day out at a football match in England, Wales and Scotland. The cheapest ticket to see Chelsea play is going for £41, with a programme (£3), a pie (£3.60) and a cup of tea (£2) adding to the cost.

A programme in the Premier League will cost fans between £3 and £3.50. Norwich offers the cheapest pie at £2.50 and at £3.90, Fulham’s is the most expensive. The priciest cup of tea in British football can be found in Manchester, with both City and United charging £2.50 for a brew.

The local book makers around the grounds will also make a pretty penny when it comes to match day, however more fans are starting to turn to their mobiles to get better deal by going on odds comparison websites like freebets.com and oddschecker.com, which can help fans get a bit more value for their £2 accumulator.

The Premier League season begins in just over two weeks and about 700,000 people will attend the games, regardless of the country being in one of its most difficult financial situations since the Second World War.

A spokesman of the Premier League noted earlier in 2013:

“Ticket pricing is a matter for individual clubs, many of which work hard to fill their stadiums with offers at different points during a season that make top-flight football accessible to large number of fans.”

Clubs compete in regional marketplaces, where the economic trends of the area have just as much influence as the football on the pitch. It appears that fans of the game will always be willing to spend a little extra for the privilege of viewing the game in person. Despite prices increasing, demand remains strong.