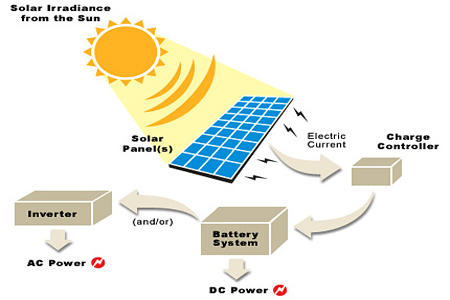 Solar energy is a type of energy that uses the sun to its advantage. It can be harvested to heat homes, power generators, turn on lights, and perform a number of other tasks. Safer, cheaper, and sustainable, it has gained in popularity over the past few years. However, its potential is not even close to being reached.

The Power of Solar

According to National Geographic, the sun gives off enough energy each hour to meet the global energy needs for an entire year. But, unfortunately, this type of energy is not harnessed nearly enough: it is used for less than one tenth of one percent of the world’s energy needs.

Yet, even with these dire numbers, the use of solar energy is on the rise. Over the past fifteen years, its use has increased by 20 percent. This is largely due to solar energy becoming more affordable and more efficient.

Per the Solar Energy Industries Association, there are a variety of ways solar power can be harvested. Some of the most common ways include:

These devices use a special type of material (called semiconductors) to directly-generate sunlight. The semiconductors work when solar energy frees electrons which then travel through an electrical current. This energy can be used to power anything electrical, from calculators and light bulbs to the computers of commercial businesses.

SHC technologies collect thermal energy from the sun and use that energy to heat hot water and pools, and for space heating and cooling. This alternative form of energy can replace both electricity and natural gas.

This type of power is common in power plants: it creates temperatures high enough to maneuver steam turbines and engines, which then create electricity. Presently, more than 520 megawatts of CSP plants are in operation in the US, and thousands more are in development.

While the above are examples of systems of active solar power, passive power is a type that takes the sun’s heat (or light) and converts it to another form of useable energy. Buildings that use passive energy are designed to collect, store, and distribute this heat energy in an attempt to maintain the comfort level of the building’s occupants without using electronics.

Of all the above ways to harvest solar energy, photovoltaic is often the most commonly used at home. This typically comes in the form of solar panels. According to Colorado State University, these panels convert solar radiation into direct current electricity. When the weather is sunny and cloudless (or near cloudless) these panels can harvest about 1,000 watts per square meter. Solar panels are often installed on the roof of a house.

Solar power has several perks: it is beneficial to individuals as well as the entire planet. On an environmental front, per the New York Times, photovoltaic solar panels contribute as much as 98 percent less greenhouse gases than electricity that is generated by coal. It also uses between 86 and 89 percent less water, consumes 80 percent less land, contributes to as much as 93 percent less acid rain, and has toxicity levels that are 95 percent lower.

While these positive environmental effects are important to present and future generations, they aren’t the only benefits. For the individual, solar power can drastically reduce energy bills, ultimately saving homeowners thousands of dollars in utility payments. The use of solar power also comes with financial perks supplied by the government. These are typically in the form of tax credits and rebates.

How Can Industrial Companies Protect The Environment?