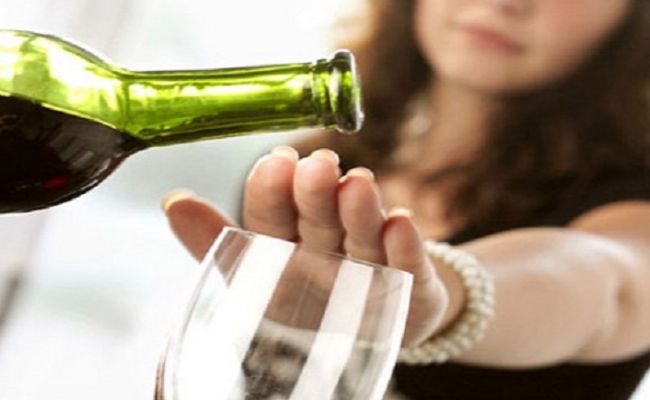 It’s one thing to know you should probably cut down on the amount of alcohol you consume – it’s something else entirely to actually make it happen. Of course, there’s a very big difference between those who need to cut down due to a rather serious alcohol dependency and those who would simply prefer to drink less in order to save money and benefit their overall health. But even in the instances of those who do not have full-blown alcohol dependencies, actually putting good intentions into action often turns out to be more difficult than it appears.

According to the experts at Dry Out Now, the key lies in gradually making a few exceptionally small and undeniably simple changes, which over time add up to a big difference. So for those who do not have a problem with alcohol/alcohol dependency, but are looking to make a positive change to their own drinking habits, here’s a quick rundown of a few helpful tips and tricks from the experts:

First and foremost, if like millions of others you’ve developed a routine where just as soon as the clock strikes 8pm you reach for a dram of whisky, think about doing something different at this exact time each evening. Simply sitting, staring at the clock and wishing you had a drink in your hand won’t work. By contrast, getting into the habit of doing something else at 8pm each evening will.

If you’re the kind of person who doesn’t seem to be able to control the speed at which alcohol is consumed, consider moving away from the kinds of drinks that are designed to be necked as quickly as possible. For example, if you drink a can after can of the cheapest larger you can pick up, consider switching to something significantly more expensive and infinitely more delicious. This way, you might find yourself more inclined to sip and enjoy what it is you are drinking, instead of drinking it like you are in a race.

You might also want to think about making the switch to smaller can or bottle sizes.  Suffice to say, there’s a very big difference between treating yourself to a couple of 175ml bottles of beer every now and again and consistently reaching for the 660ml bottles, every time you go shopping. Of course it can cost slightly more to buy alcohol in smaller measures like these, but it’s hard to knock the potential benefits.

One fantastic way of reducing alcohol consumption – beer in particular – is to make sure you combine your drinking activities with food. The simple fact of the matter is that to pair pints of beer with a meal, or at least a good few snacks, is to dramatically reduce the amount of physical space you have inside you to put the stuff away. Not only this, but drinking with food in your belly is exponentially less damaging to your health than drinking on an empty stomach.

It really doesn’t matter if your favourite brand of gin is on special offer with 50% off for one day only – having a stockpile of the stuff at home is never a good idea. You yourself know your habits better than anyone else and if you are the kind of person who simply cannot resist diving into your personal stash of alcohol, even when you know it’s not necessarily the right time to do so, you might want to think about keeping as little as possible in the home at any one time.

In a similar vein, if you are the kind of person who can really only stand things like white wine, beer and cider when they are straight from the fridge and ice-cold, consider storing your extra supplies somewhere in the home that’s rather on the warm side. This way, you’ll be much less likely to reach for that impulse drink you usually can’t resist.

If planning a night on the town, try to get into the habit of only taking with you the exact amount of money you intend to spend and not a penny more…and no credit cards either, for that matter. By giving yourself a strict budget to work with, you are far more likely to take your time and pace your drinking than if you were to head out with bottomless pockets.

Last but not least, it’s an odd phenomenon to say the least but is also 100% true that when we stand with a drink in our hand, we drink considerably faster than we would if we were sitting down at a table. Of course, logic will tell you that this all comes down to the way in which having a drink permanently in your hand encourages you to keep gulping and gulping non-stop, which means that if you would prefer to drink less…or at least slow things down…find yourself a table and park yourself!

How To Choose The Right Type Of Rehabilitation For Drug Addicts