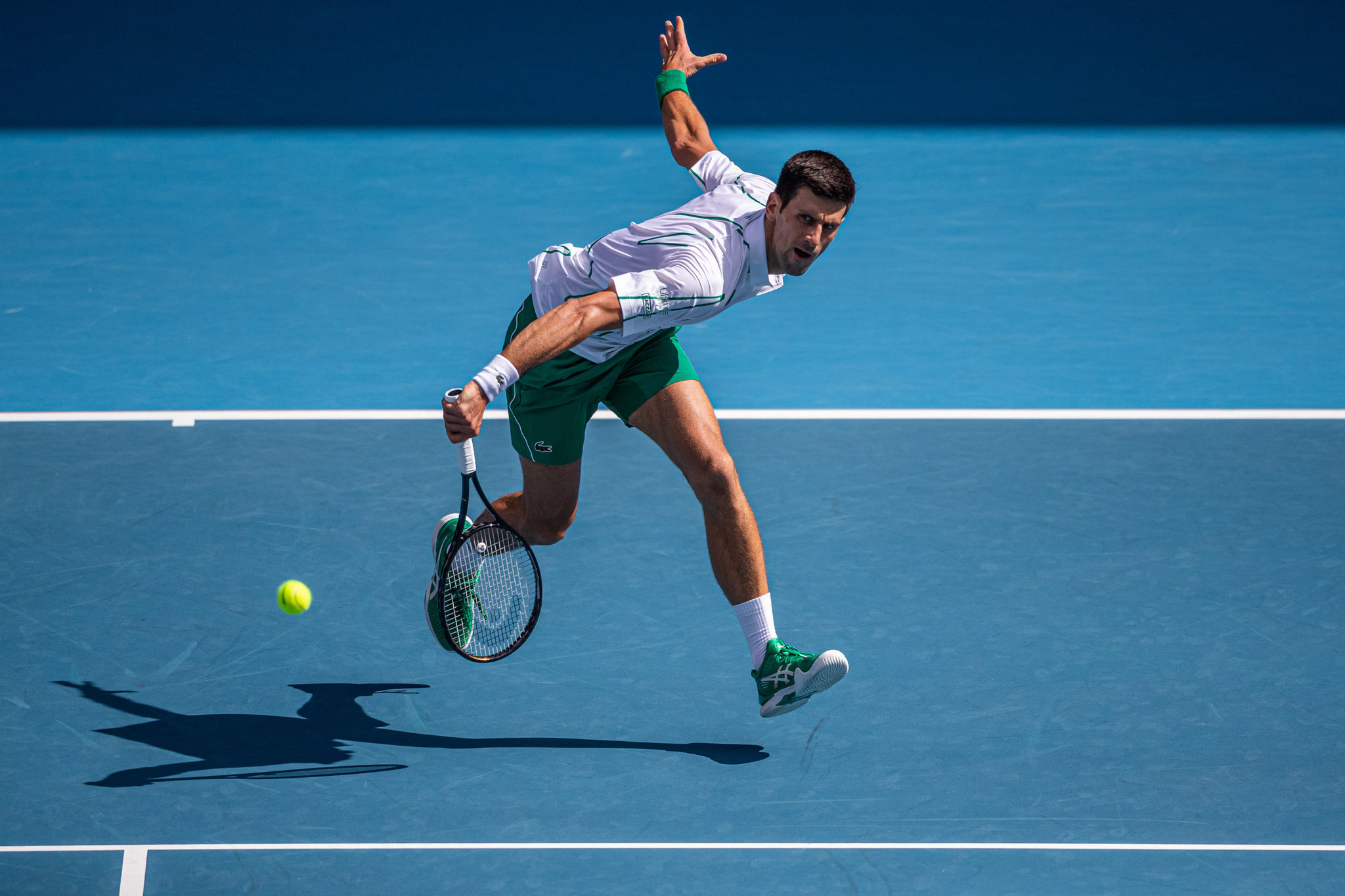 As most of the countries worldwide have hit lockdown, people have been dwelling on
several means to keep themselves busy and engaged, one way or the other. Likewise,
Men’s Tennis World No.1 Novak Djokovic has also kept fans updated by posting
videos of his day-to-day activities. The Serbian has also contributed to fight against the
deadly Covid19 virus by helping out the needy and donating money by several means.
He has made a good amount of donations in his native Serbia and also actively
contributed to The Rafael Nadal Foundation. To offer aid to the American population
who suffers from hunger, the Serb has also taken up the 'All in Challenge'.

The ‘All In Challenge’ has been created by Michael Rubin, the co-owner of the 76ers
and founder of Fanatics, and is a digital fundraising effort. Set up by the Fanatics, the
All In Challenge, offers &quot; once-in-a-lifetime experiences&quot; from sports, music and
entertainment personalities and receives donations as potential prizes. Following this
initiative, a number of NBA professionals have roped in to help out the poor and needy
across the United States. Direct payment can also be made on their official website for
those who wish to donate without actually doing the challenge.

In the All In Challenge taken up by Novak Djokovic, he took to social media to
announce that he will be giving a fan plus one, once in a lifetime experience to attend
the US Open. He will be flying them in and offer a trip for two for 3 nights to the next US
Open. The winner will also get a chance to sit in Djokovic’s box for a match as well as
enjoy a chat with the Serbian and his team after the match and possibly go to the locker
room. The following days, the winner will also get a chance to play with the Serbian and
also receive two signed racquets and sets of match gear. Djokovic further nominated
Serena Williams, LeBron James and Gerard Butler to join the challenge for the noble
initiative. He has urged them to come forward and donate at the allinchallenge.com.
Other big names from the tennis world to join the challenge include Billie Jean King,
Andy Roddick, Coco Gauff and Eugenie Bouchar.

Since March, Djokovic was in Marbella, Spain when the country went into strict
lockdown. Only this month the Spanish government has started lifting the restrictions
which will enable athletes to resume training in their respective sports. Few weeks
earlier, Djokovic was seen to have broken the regulations after he posted a video of
himself practising at the resort he has been staying at with his family. To this the hotel
had to issue an apology to the world No 1. as the Spanish Tennis Federation had not
relaxed its rules then.

He has now flown back to Serbia and resumed training, where he also announced the
launch of the star-studded tournament – Adria Tour. The exhibition is set to take place
on a series of dates in the Balkans. Along with Djokovic, the likes of Alexander Zverev,
Dominic Thiem and Grigor Dimitrov will be reportedly participating to raise money for
humanitarian projects. The Adria Tour will follow a format where eight players will be
competing in two groups of four on a round-robin basis with the winners of each pool
advancing to the final. The first leg of the tour will take place in Belgrade on June 13
and 14 at Djokovic's complex and the second in Zadar, Croatia on June 20 and 21.
Balkan countries, a region of around 22 million people, have coped with the COVID-19
pandemic with relative success, with approx. 20,000 people infected and around 660
deaths.

Chuck all your worries with online assignment help