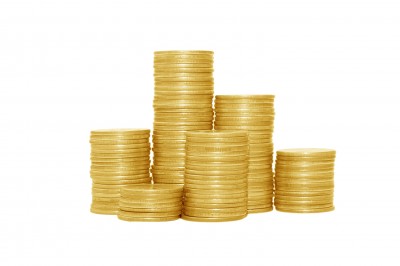 There are people who only look at the salary figures, and the “feel” of the job not quite understanding how it really is to become the person their job responsibilities require. For one, there are people who think that being a lobbyist is all that—the money, the fame, the influence. But what does it really take to be a lobbyist? Do lobbyists earn that much? How much do lobbyists make? How much is a lobbyist salary?

The Act Of Lobbying

The act lobbying is the act of attempting to influence decisions made by officials in the government, mostly the legislators such as the US Congress or members of regulatory agencies. Lobbying is executed by many different types of people and organized groups, as well as individuals in the private sector, corporations or even fellow legislators or the government officials, advocacy groups or at least interest groups. These lobbyists may either be a legislator’s constituents or not; they may also engage in lobbying as a business, or not. There are professional lobbyists who are the people whose business is trying to influence legislation on behalf of a group or individual who hires them. These people are the ones who take the lobbying as a career.  However, individuals or nonprofit organizations can also lobby as an act of volunteering. Some people do lobbying as a small part of their normal job.  Specifically, governments normally define and control several organized group lobbying. These acts by the government have proven to make lobbying more influential.

Most of the time, the ethics and morality of lobbying are issued. Lobbying is often talked about with disdain; as such because lobbyists, bearing the need to be faithful to their party, are accused of twisting the reality in favor of their own. This is done not to serve the majority of the people, but to serve their conflict of interest. The upside of this job, however, is that the “client’s interest” is truly defended against others’ corruption, or to just assure that the minority interests are defended in a fair manner up against a tyranny of the majority.

The media is often frenzied by just how much lobbyists make. Oftentimes, they are told to earn more than what they are actually worth. Lobbyists approximately earn $45,000 per year. There are also classes of lobbyists—the ones who earn more, and the others who earn just a little less. The earnings of lobbyists can also depend on their influence, and their educational background. The more influential they are, the higher their earnings will be. Take for example a lobbyist who is at the top 10% of the influential society. These people earn more than $100,000 while those who are not very influential earn a meager salary less than $30,000.

A lobbyists’ annual salary also depends on the laws of supply and demand, which, in return are based on federal, state or local legislative agendas as well as which political party is in control. An example of this is when Republicans gain control of the Congress, then, it follows that lobbyists with strong Republican ties will be earning more. In addition, lobbyists with specialized experience in issues can earn $177,000 such as what was speculated in 2009.

For more specialized lobbyists, the compensation package can reach as much as $1,000,000. A well known lobbyist, Richard Pollack was said to have made $1,087,024 while Bill Tauzin, a former Congressman from Louisiana was said to have made $2,000,000 during his stint as the president of the Pharmaceutical Research and Manufacturers of America.

Martin is a law student studying at a leading university in New Castle. He has a passion for blogging and writing resourceful articles on political views. He had read a great piece of article on pay packages a politician gets and he wrote an article on lobbyist salary and perks.

Things To Consider When Finding A Good Accident Attorney