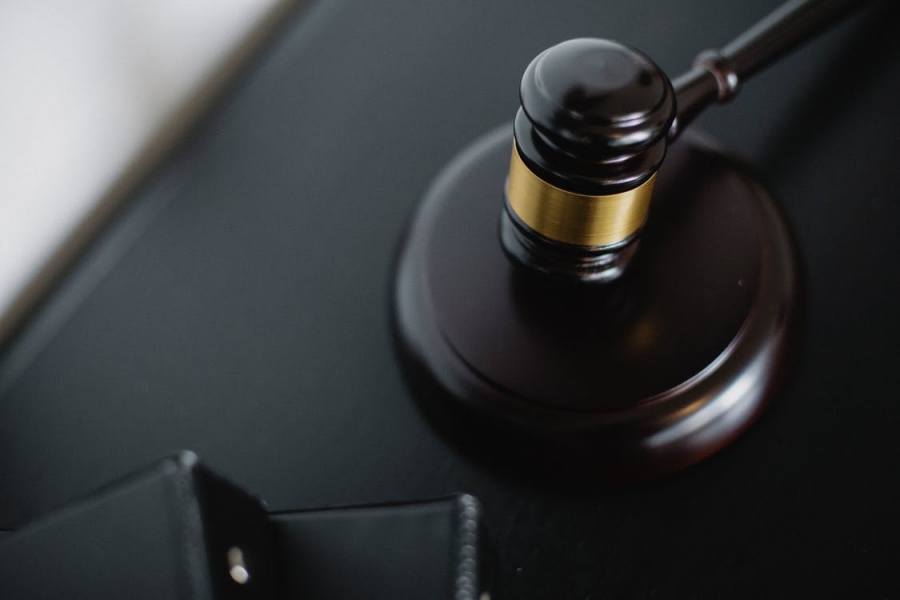 In order to strive and keep on progressing forward, the judiciary system plays an important role in instituting trust within people. Not only does it uphold human rights and giving justice to people, but the legal framework also enables activities for conducting judicial inquiries.

In the United States, the judicial system not only protects the law and rights of the American people but also make sure that the law is followed by all institutions and organizations as well as individuals within a community. However, rural areas pose a challenge.

According to a recent study by the ICJIA (Illinois Criminal Justice Information Authority), in Illinois, 52 counties (51%) were either completely rural or mostly rural. Out of the wholly and mostly rural counties, 48% are in the southern region, and 46% are in the central region.

The report also signifies that due to smaller budgets for the latest technology and inadequate staffing, it has caused a long time to wait for back up to arrive in critical and dangerous situations. In light of this information, let’s take a quick look at some of the way through which Justice Law in Rural Areas can be instigated. One of the biggest proponents of any community or civilization as a whole is the concept of togetherness. This is brought about by living together in union and peace. This is why families are considered the building block for any community or settlement.

As law enforcers and those running NGOs should first target large families within the area that could help sprout support for judicial law and practices within rural areas.

This is due to the fact that many large families have socio-economic power and ability to impact several individuals in rural settings. By getting their support first, the transition to the masses can be easily facilitated. Large families often conduct most economic activities in rural areas, which makes them influential for other people living in the community. One fine example is Cargill Incorporate, an agribusiness firm and America’s largest privately-owned company. 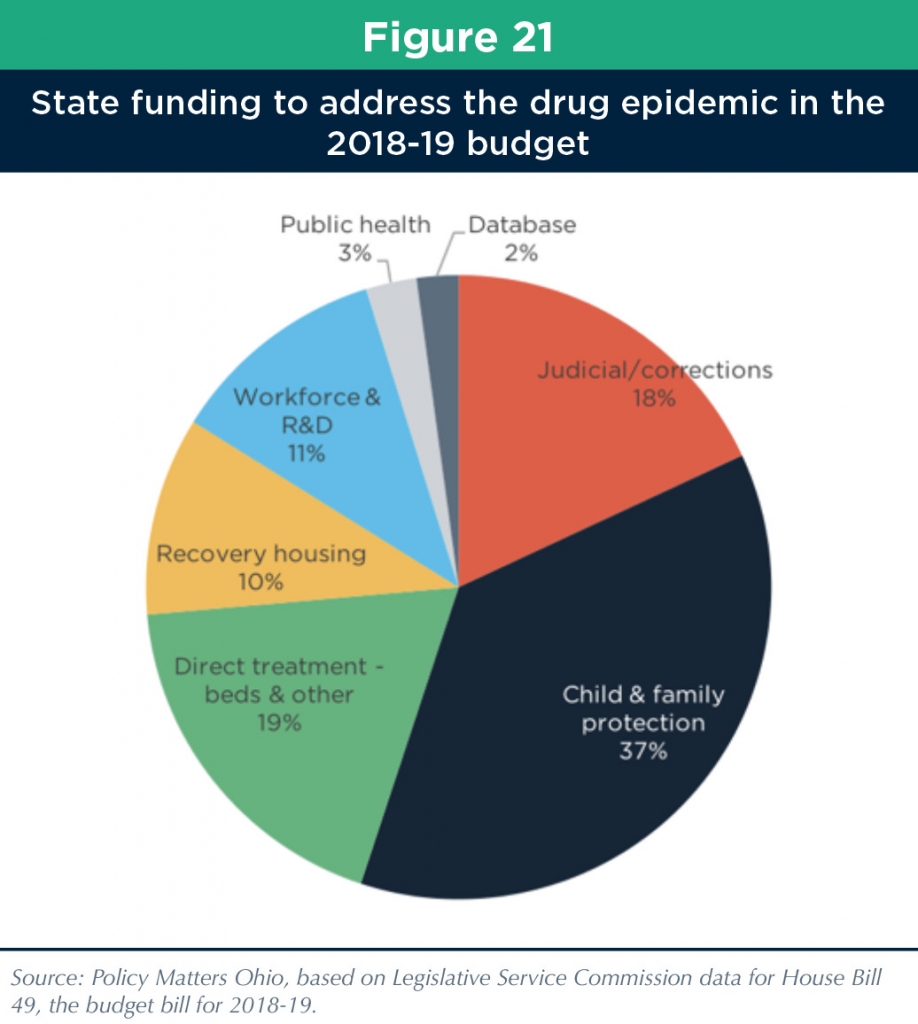 The Conference of State Court Administrators (COSCA) put forward an appeal in 2018, asking for the United States courts to enhance access to justice in rural parts of the nation. This report was published by the NCSC (National Center for State Courts), a non-profit organization in the United States and worldwide.

The paper proclaims that Rural America comprises 97% of land area in the United States and that every state in the Union has a rural population recognized by the US Census Bureau.

Furthermore, every state has a stake in addressing and identifying the challenges of providing equal access to justice for its rural communities. One of the most significant factors is the lack of financial support and poor budgeting that is unable to sustain local courts and their proper functioning. 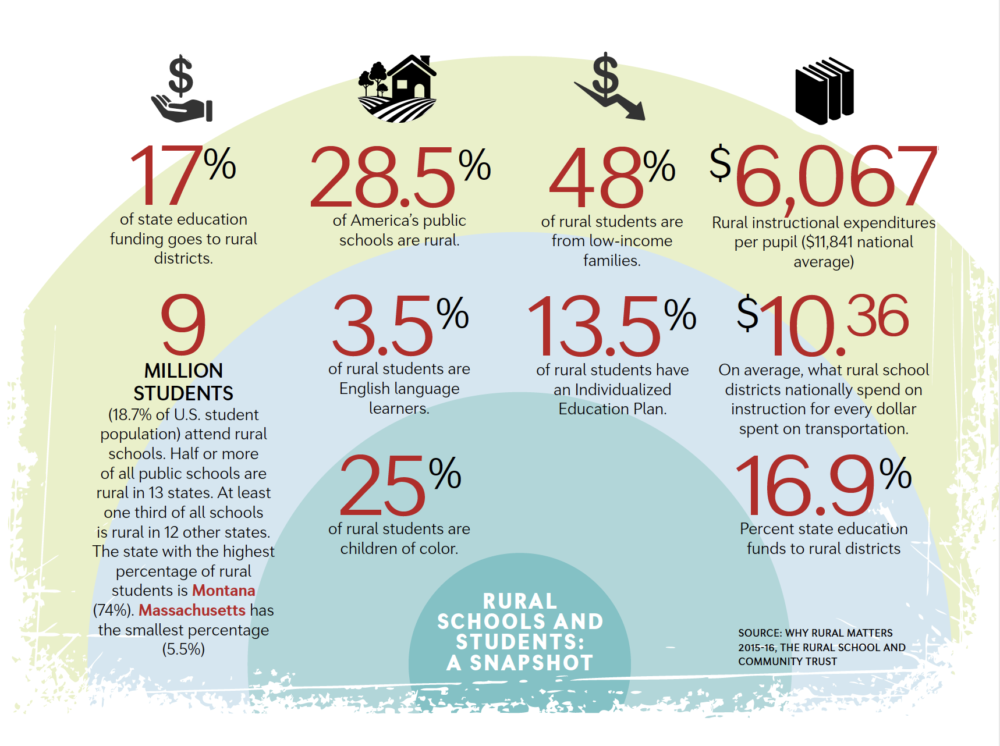 Another method of promoting justice in rural societies is through educational institutions’ help and creating awareness about the judicial system. However, the NCES (National Center for Education Statistics) reveals that back in 2004 only 6% of the rural students were enrolled in private schools which was considerably less than the national rate of 11%.

Furthermore, over half of all operating school districts and one-third of all public schools were in rural areas. However, only one-fifth of public school students were enrolled in rural schools. Hence there is no doubt that there is a great need to promote education first in rural areas to encourage higher literacy rates which can then be used to promote judicial systems in countryside settlements. 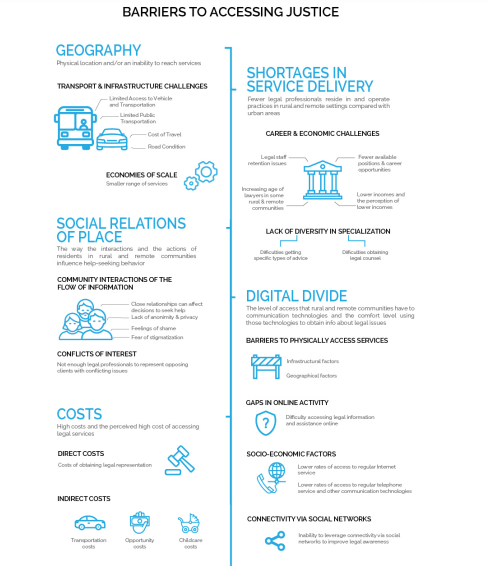 According to a study by the Rand Corporation, an American nonprofit global policy think tank, courts nowadays require improved court efficiency through the use of resolute and reliable technology. Furthermore, courts also need security and emergency preparedness along with an improvement in the quality and utilization of shared data in the justice system.

While not all courts in the nation require addressing the basic technology shortfalls today, there is no doubt that for courts in rural areas technology acquisition process needs to be improved. This technology can be further used for notifying and communicating with the public in rural settlements. Apart from technology, there is also a need to build settlements for judiciary officers who work in rural settings along with other infrastructure resources that can aid them in carrying out their tasks in an adequate manner. Today some of the biggest questions regarding political issues involve police brutality, LGBTQ Rights, Gun control, Equal Pay for Women, and many more.

This is where political activism can be used to spark interest in the people and help them become united for a cause that can then lead them to push legislators to pass bills to protect people from being treated in an unjust manner.

The United Nations Human Rights Council supports LGBTQ Rights; however, to this day, LGBTQ Americans may still face some legal and social challenges in rural areas. Same-sex marriages are legal nationwide, and employment discrimination against gay and a transgender employee is prohibited.

However still in states with a largely conservative population such as in the Deep South and in some Native American tribal nations, there might still be a need to support movements and spread the word.

While this is by no means an example taken from a rural settlement, JustFix.NYC is a registered nonprofit organization that helps tenants fight displacement.

The organization helps people find free products to support justice for housing in New York and allows people to learn their rights and gather evidence. With notable attorneys in their team of gifted and talented individuals, JustFix is a type of NGO that many rural areas of America need right now.

This could help people to learn about their rights and know-how to protect them within the lawful and legally acceptable manner.

Furthermore, JsutFix can also help you find legal services and advisors you need to make your case and use courts’ power. Hence more custom-made and tailored NGOs operating in rural areas can help people find the path and safeguard themselves from unwanted involvements.

Improving access to the judicial system is also one of the 17 interlinked objectives included in the Sustainable Development Goals set by the United Nations in 2015. SDGs are also included in the UN Resolution and called 2030 Agenda or Agenda 2030.

Young learners who seek maestros’ help and request them to do my assignment might have also heard about the UN SDGs and the impact it seeks to create for people across the globe. 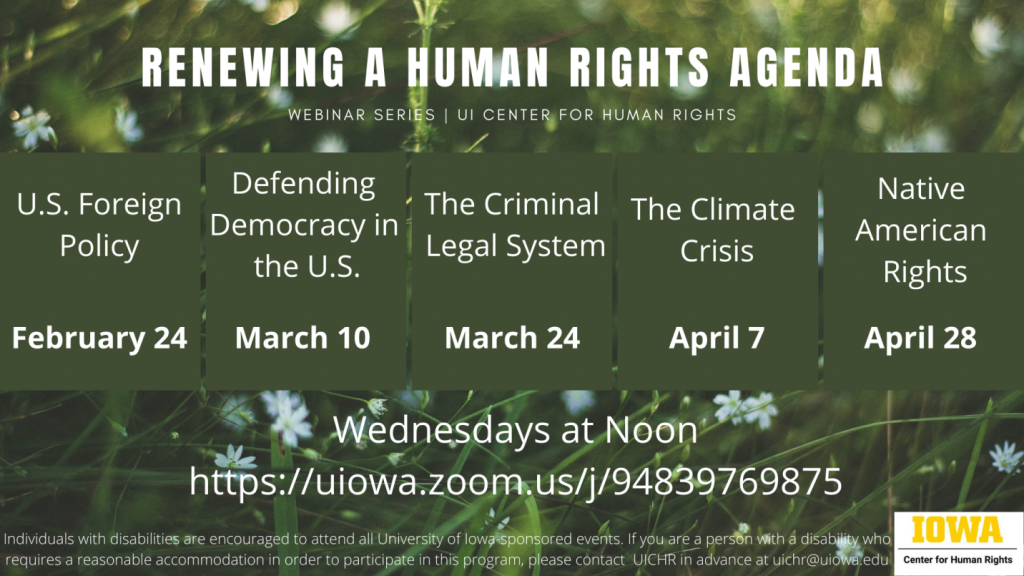 The need for organizing human rights events is a worldwide need. Sadly even in 2021 where technology and science have improved our lives many folds, there is still tons of injustice happening all across the globe. For rural areas holding such events would bring about greater exposure to the public.

This will enable them to learn about the law and the legal system, as well as understand the difference between what is acceptable and what is prohibited by the judicial system.

Finding justice and implementing justice is a huge concern, and the masses have to be instigated to stand against social injustice wherever they observe. Whether it is in their homes or workplaces, every person should have the courage and the belief in the system that would protect them, in case they report any wrongful activity being committed. In order to strengthen the legal service, steps have to be taken both by the community and the government. Powerful people within the public have to showcase their trust in the legal system to resolve matters that concern the greater good of people while the state and the federal government should implement legal systems with fluidity.

Furthermore the help of alternative legal service provider market can also be tapped to provide additional knowledge and information to the masses during times of need.

Access to justice is essential for everyone on the planet, and it is a crucial and vital support to prevent injustice in form or format. Some of the US’s biggest law firms include Baker & McKenzie, DLA Piper, Kirkland & Ellis, and Latham & Watkins, to name a few.

The law is the same for everyone, and no one is above the law. Without legal justice, it is only natural for chaos to spread and cause disruption within the public. Our rural areas need all the support so that those in power understand their limitations and those who need help can be provided with solicited support to resolve their troubles.

Furthermore penetration of internet and education also play a vital role to promote justice for people in rural settlements. The more aware people are about their rights and the power of the legislature, the less will be the chances of others taking advantage of their lack of knowledge.