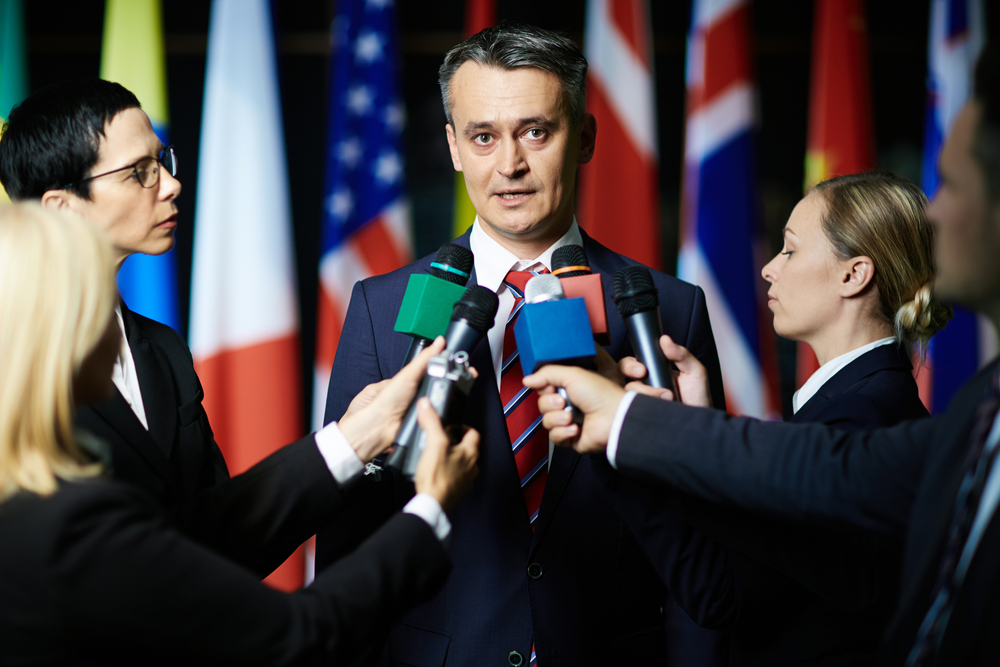 No one can disagree that politics in this country are more polarized than ever. People feel extremely strongly about their political beliefs and it can often cause them to feel like they’re at odds with their family members, friends and colleagues.

Even if you’re passionate about your views, you should never let politics negatively affect your life. There are lots of things that are more important than winning a political debate or making your opinions known. Here are some ways that you can stay positive when it comes to politics.

You’re always going to encounter people who feel differently than you do. However, not every single one of these instances needs to become a dispute. There are a lot of situations where it’s healthier to just keep your mouth shut. For example, if a coworker is expressing a political view that you find offensive, it’s usually best to just keep your mouth shut. After all, they’re the ones behaving inappropriately by ranting about something that isn’t related to work at the office. Let them be the ones who are behaving unprofessionally and instead just keep your opinions to yourself.

Be Open To Different Ideas

When you only expose yourself to people who have the same opinions as you do, you’re missing out on a lot of knowledge and perspectives that you might not have considered. It’s natural to want to surround ourselves with like-minded people. However, there’s nothing enlightening or enriching in existing in an echo chamber.

Instead, try to expose yourself to people who think differently than you do. In these situations, it’s important to be patient and to temper your reactions. For example, Senator Mike Crapo is a big fan of having conversations with people who don’t necessarily agree with his conservative political views. Politicians like Mike Crapo, who talk to people with opposing views, are better at decision-making because they’re able to see any issue from multiple perspectives. You should aspire to emulate this behavior in your life.

Even if you’re passionate about politics, it’s easy to begin to feel drained by the whole political landscape. There’s nothing wrong with stepping away from social media and the news for a few days. In fact, more and more people are taking a “political detox.” Although politics is important, your happiness and well-being is also important. The world of politics and government will still be there when you come back from your break.

While posting a political article or social media post might make you feel like you’ve accomplished something, the truth is that you haven’t done all that much. Expressing your view might feel good, but it doesn’t really do anything to help the world. Instead, take a break from social media and volunteer for a cause that relates to the political issues that you care about. Not only will you be able to make a difference, but you’ll get to broaden your knowledge of the issues that you care about.

Don’t let the tumultuous and contentious world of politics bring you down. Instead, follow these tips to ensure that you expose yourself to politics without exposing yourself to negativity. Remember, no political topic is worth losing your sanity over.