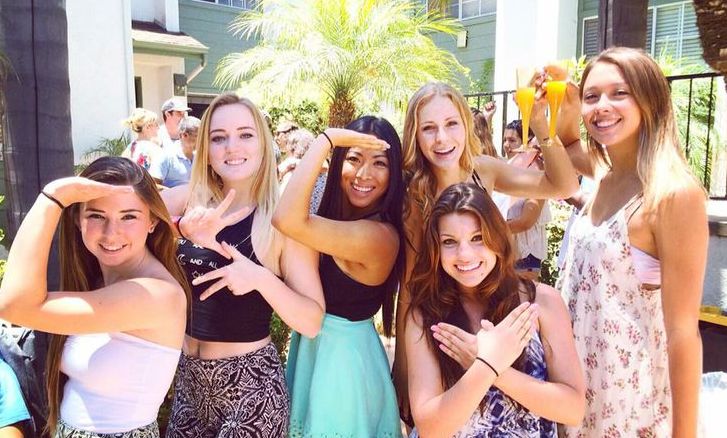 Fraternities have gained a sordid reputation. Even the best depictions of fraternities usually make them out to be exclusive and secretive clubs with a century of traditions and codes. While these various reputations have been earned, as least in part, the truth of fraternities is very different from the depictions in Animal House or TheSkulls. The pledging process, especially, has been wildly distorted by the news and popular media.

The pledging process begins with the rush process. Basically, the rush process is a series of events designed to encourage students to join a fraternity. Nearly all fraternities participate in rush at the same time. By having a coordinated rush process, fraternities basically share the cost of advertising fraternity events. There are usually two kinds of events during rush: meet and greet events and parties. Parties provide little opportunity to get to know potential new members, but help to make the fraternity look like a fun place to spend time. Meet and greet events almost always include food and a light activity like movie watching or playing a game of flag football. The goal of these events is for brothers to get to know potential new members and vice versa.

If enough brothers feel like they have camaraderie with a student that has been attending rush events, the brothers will extend a bid to that student. A bid allows the student to join the fraternity as a pledge. Usually bids are good for only that semester, though it is not uncommon for a bid to extend for an additional semester to allow the student more time to consider the opportunity.

When a student accepts a bid, he becomes a pledge. The pledging process is the process most often depicted in a negative light. Many depictions of pledging involve non-stop hazing and a nearly constant assault by the brotherhood against the pledges. Were this actually true, fraternities would not continue to exist, because pledges would never initiate to become brothers. It is true that the pledging process is designed to weed out potential brothers that do not fit well with the fraternity, but at most fraternities, hazing is not a part of this process.

Pledging usually takes the majority of a semester, though some fraternities will require a year of pledging before initiation. Pledges are expected to consistently participate in all fraternity events and to make a concerted effort to get to know the entire brotherhood. By spending significant time with the brothers and at fraternity events, the pledge will discover whether he is actually comfortable spending the remainder of his college career as a part of this organization. The brotherhood is able to learn whether it is comfortable with the pledge becoming a full brother. If there is undue chafing between the pledge and the brothers, the pledge is free to leave at any time. In rare circumstances, when a pledge simply does not belong, but refuses to voluntarily quit, the brotherhood may expel the pledge.

Once an appropriate amount of time has passed and a pledge has shown a firm commitment to the house and future brothers, a pledge is initiated as a full brother. The initiation process is secret and reveals secret traditions to the new brother. An oath is required from the new brother not to reveal the traditions to those outside the brotherhood. Once initiated, the brother is given a lifelong membership in the fraternity and will be accepted as a brother and eventually an alumna in any chapter of the fraternity in the country.

Contrary to popular depictions, the pledging process does not involve forced drinking, inappropriate relations with sheep, or forced labor. While pledges may be required to participate in parties, clean the house, or attend fraternity events, these requirements are no more strenuous than what is required of full brothers. Secret traditions are generally historical in nature and involve the founding of the fraternity, but are not illegal or immoral. In reality, fraternities are just exclusive organizations that formalize the activities of a large circle of friends and the pledging process is simply designed to make sure that future members will be compatible with current members.

Top 5 Reasons To Join A Sorority

What Types Of Accidents Are Considered Personal Injury?