Homes are getting greener every year, making homeowners and environmentalists happy. Home builders have found that it is easy to incorporate a number of different techniques into their home allowing them to make homes not only more environmentally friendly but also more energy efficient. This makes them popular with new homeowners. Making it better means more materials are recycled and reused, making the home far less expensive as well. Interestingly, these homes have become so popular that people are moving into them as quickly as possible, creating an interesting boom in the moving industry but creating some other issues. It should be interesting to see what happens in the future in those two related industries.

Some of those techniques used by builders are just refinements of older techniques, making them easier to incorporate into current methods. For example, when it comes to building green roofs, the methods used are just looking at old techniques in new ways. People are also looking at incorporating new materials into homes, materials that have been designed specifically to solve problems, as well as looking at older materials in new applications. Hemp, for example, is seen as solving a number of problems given that it is both cheap and versatile.

New techniques are being looked at as well. How structural skeletons are set up, for example, are being looked at to see if using more organic methods, such as the way bees use hexagonal structures for maximum strength, can be applied to current building techniques. Even how homes are wired is being looked at, especially the use of smart technologies to more efficiently utilize resources to to reduce both the amount of energy and the environmental footprint. As such, technology such as LED lights are combined with that; the future is looking bright. Combined with materials designed explicitly for them, these new homes are becoming more popular. 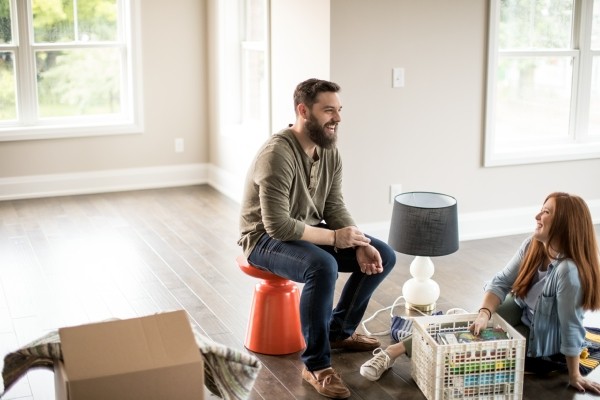 Suffice to say that interest has become so piqued in these new homes that moving companies, such as North American Van Lines, are seeing an increase in business, creating its own environmental issues. Due to waits created by the interest in the new homes, combined with the number of people wanting to move into them, people are being forced to rent homes until more such homes become available. Once a person is able to get into the new home, they must then move, meaning that they must then hire a moving company or rent moving trucks to facilitate such a move.

In order to make sure that the move itself is done as environmentally sound as possible, people are adjusting how they do some things. They are selling or donating what they do not need in order to minimize the amount needed to move. They are also scheduling the move itself during less busy times of the day so as to minimize traffic stops and thus increasing fuel efficiency. They are also shutting down the house itself at the last minute and turning on the utilities of the house being moved to on the dates being moved in order to eliminate wasted energy. In short, the move is being done with basic environmental kindness in mind.

Other means of saving money on moving are, of course, being used as well. Such means as renting shipping crates are being utilized; the person moves all of their belongings into a crate as used by cargo ships and then the entire crate is moved to the new location. Not only does it allow all of the stuff to be moved in one shot, but it also takes a lot of the stress off the movers as they can take their time unloading it.

All of this means that it is a great time to be someone looking for a new home. Not only are moving companies able to move entire homes in ways that limit damage to the items being moved, but in a way that limits their environmental impact. Homes are also being built that are not only relatively inexpensive, energy efficient, and environmentally better but with an eye towards beauty and taking advantage of the latest technologies. All told, this makes the new homes well worth the wait.

Hire Experienced Painters to get Friendly and Safe Painting Services

Guide: Types And Benefits Of The Concrete Pumps