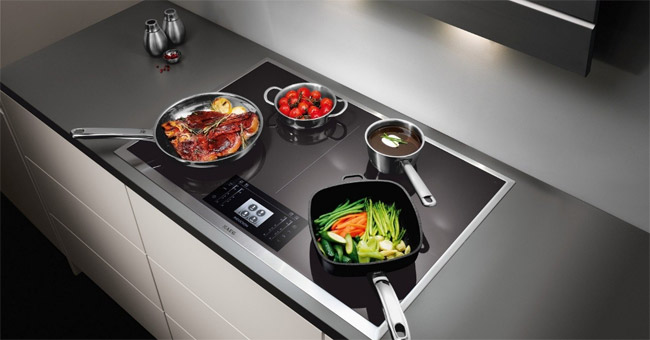 While remodeling your kitchen to include some kitchen essentials or buying a whole new house, you might be comparing electric vs. gas stoves. It’s not only about how different they look from each other but also with respect to their functions and performances.

Both of the appliances give you the same result, but the difference occurs in the requirements and priorities for usage. For instance, if mature and elders want to use, they’ll mostly go with a gas stove. But for kids and young ones, the electric stove is safer and easy to use.

The question arises, which one is better? Let’s provide you with all the information for both stoves, and once you have all the data, you can decide for yourself what fits your kitchen layout and style.

In the current century, most homes have 220-volt electricity. So it is easy to use because all you have to do is just to plug it in. It is more energy-efficient.

It is mostly smaller and less bulky than gas stoves, so it is more comfortable to move around in your kitchen. At the same time, the safety requirements and precautions are less than gas stoves too.

So lets quickly see what’s the good and bad things about it.

The flatter surface is more stable for using utensils, especially for pots.

According to some research, if you ask professional chefs what kind of kitchen stove they will prefer, 96℅ will say gas. They have learnt cooking on traditional gas stoves.

Another reason chefs like gas stoves are because the burners heat up much sooner than electric ones. The gas flame works better with various types of cookware, mainly if the bottom isn’t completely flat.

Some listed pros and cons of gas stoves are-

There is no significant difference. The surface touching the food is going to be in the same pan or pot. The procedure of creating the heat never directly interacts with the food, except through the medium of the cooking container. People always choose electric or gas for different reasons than healthy eating. That is why it’s totally up to you who you want to choose based on usage.

Learn How To Make The Right Decision With Sofa Upholstery