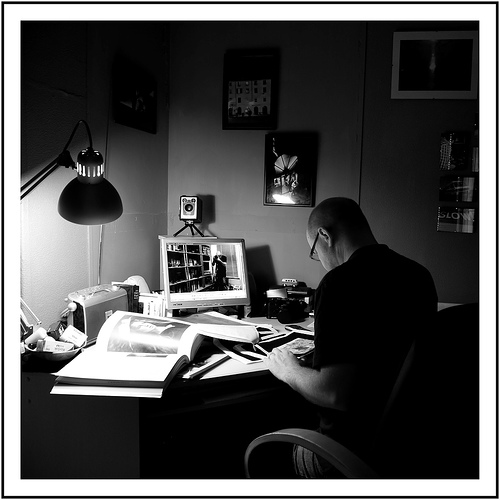 You would have to agree, one way to gain professional credibility is with a degree.  Online universities such as the University of Phoenix, Ashford University, UNSW MBT program or say Kaplan University might be the answer to obtaining a degree needed to make career progress.
Many online universities including the ones previously mentioned are fully accredited and becoming better known.  Hybrid classroom/online coursework is also being used by higher-ranked online schools to further increase their legitimacy.
More prestigious and traditional schools have also embraced the online model, increasingly embraced – albeit in limited form – for classes at more prestigious traditional schools, from the California State University system to Massachusetts Institute of Technology (MIT). 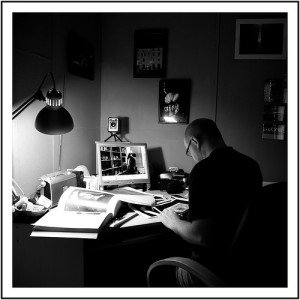 Sketchy History
In the past, distance learning or correspondence school held little to no respect.  The industry’s sketchy past is one thing that holds digital classrooms and their graduates back.
With advancing technologies in products such as Saba LMS, Moodle, Blackboard, and even iTunes, e-learning has become more accepted and most universities have incorporated online curriculum.  Today, modern technologies such as Skype used for conference calls are given credibility and respect, why shouldn’t the same courtesy be given to online universities?
Many employers look at the lack luster graduation rates, test scores, and post-graduation employment statistics to discredit an applicant from an online university.  However they are willing to accept and employ from traditional schools where the statistics are no better.
Online Grads Aren’t Offered The Same Respect
To recruiters believe that in a job that had promotional possibilities a degree from an online university such as the University of Phoenix wouldn’t even get through the door without another great component on their resume.
A graduate from a traditional school with no experience would be given an interview; however an online graduate would rarely be given the same opportunity.  In the non-profit sector, a recruiter explained that an employee’s most important asset is relationship and networking with stakeholders.
When it comes to ticking of whether a potential employee has the degree or not, online universities are sufficient.  But when a choice is present between two candidates one being from an online university and the other from a traditional school, the traditional school almost always wins.
Branding and Credibility
These are the two differences that the recruiters describe as the difference between online and traditional schools.  Traditional schools have the advantage reputation; this includes major universities all the way to community colleges.  Online universities just cannot offer the historical data, success that a traditional school can.  Their GPAs, class standing and other performance metrics do not hold as much merit.
Education is often viewed as a promise, rather than a product. Online education is viewed differently than an online business.  While an online startup can build clout with less overhead, reputation and consistency does matter.  However, the innovation, lower costs, inclusion and reduced barriers that a business benefits from actually harms online education.
Entry to online schools are not as selective as traditional schools.  With the view that anyone can be accepted to an online school, employees don’t feel these applicants are the best or brightest.  Overtime online schools need to build portfolios portraying successful students and alumni data to distinguish them from as a credible school.
It has taken decades for traditional schools to build their reputations and online schools will have to serve their penance.  Until the time when e-learning is held equally as credible, recruiters rather play it safe and go with the well-known brand.
Social Issues
Another argument would be that a graduate from and online school has not had the same critical social interaction of a traditional college graduate.  There is more to getting an education than just completing a class.
Being able to get yourself out of bed each day and into class is a learning experience and shows potential productivity.  Online education does not allow for evidence of extracurricular activities and social interaction that comes with attendance of an onsite school.

About the Author: Serge is an engineer with postgraduate education and a strong opinion on recruiting for his startup, Edictive.com