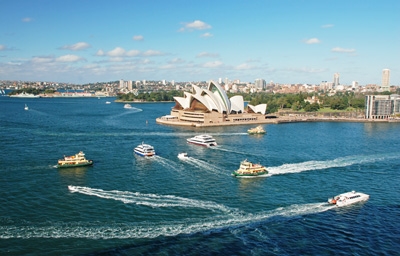 When tourists think of Australia, they often think of the Outback and kangaroos and koalas. While there’s nothing wrong with appreciating these aspects of Australia, the landmass has much more to offer than novelties. Ecotourism companies are offering tourists the chance to delve deep into the cultural history while simultaneously experiencing an unforgettable journey. These eco-tours will give you and your loved ones the opportunity to make memories that will last a lifetime. One of the most awe-inspiring eco-tours is a trip from Melbourne to Adelaide.

Known as The Great Ocean Road, this scenic pathway along the Australian coast is absolutely gorgeous. Recognizing the direct route and beautiful scenery, most tourism companies traverse via this road as a way to inform and inspire their guests. Grampians National Park tours from Melbourne are some of the foremost eco-tours that educate their travellers on the history while engaging them with fun experiences. The roadway is one of the quickest ways to get from the coast, but it is also a roadway with a rich history. In the early 1910s, this area was covered with thick vegetation and natural obstacles. While it is still rich with flora and fauna, it was once absolutely dominated by nothing but wild flora up until the conclusion of the First World War. After the end of World War I, it was decided that a national roadway would be created to span this tough terrain. This so-called roadway would be known as The Great Ocean Road, and it would be dedicated to the brave men that served in The Great War.

So not only is the road one of the most beautiful sites in all the world, but it is also the largest war memorial in existence.

Aside from just travelling on the road, you’ll have the opportunity to stop and see the various sights and landmarks. One of the most unique things about The Great Ocean Road is the unique geography. Thousands of years of terraforming have resulted in absolutely breathtaking natural landmarks. Most of the rock and mineral deposits along the road are composed of porous limestone. Limestone’s porosity combined with the crashing waves of Australia’s deep blue oceans have resulted in very unique geological formations.

Near Victoria, sightseers will have a chance to see the famed 12 Apostles. These “apostles” are really just limestone formations that protrude out of the ground along the luscious beaches that beset most of The Great Ocean Road. You’ll have the chance to get an up-close look of the Apostles, and you’ll be able to take photos, as well as frolic along the soft sandy beaches.

While an eco-tour is about learning and having fun, it’s also a great opportunity to get out and get active. We’re all denizens in this modern information age that too often keeps us locked into our computers and televisions. While technology is a blessing, an eco-tour is an opportunity to leave the computers and cell phones behind while getting out and enjoying nature. Embrace the eco-tour as an opportunity to leave the stressors of modern society behind and enjoy a bit of simplicity. There’s no doubt it will be an experience that could very well change your life for the better.

Living Life To The Fullest On An Exotic Island