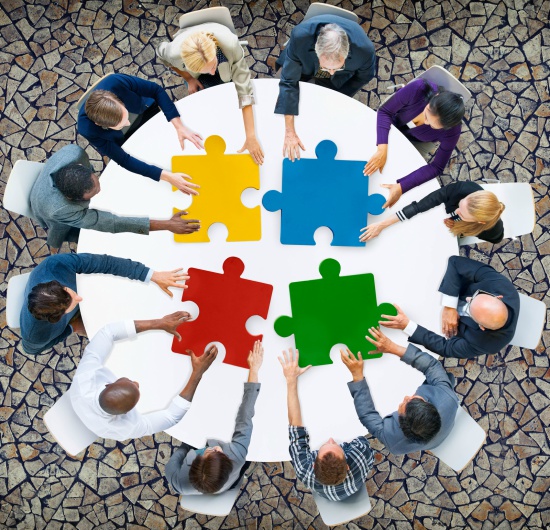 You don’t have to go very far to find the praises sung in the name of teamwork. “In unity there is strength!”, or “We’re greater than the sum of our parts”, and let’s not forget the ever-popular “There is no ‘I’ in ‘team’.”

Okay, yes, being part of a team can be a good thing. Collaborations can work. But let me call attention to yet another old saying: “Too many cooks spoil the broth”.

As “Rah, rah, go team” as people can be, collaborations don’t always work. The problem is exacerbated when you throw in the deservedly-reviled open-office environment. According to the article “Students Don’t Thrive on Collaboration”, there’s been pushback.

What’s With The Open-Office Environment, Anyway?

The concept of the open-office environment started in Hamburg, Germany, in the 1950’s. The reason behind it was to make communication and the exchanging of ideas an easier matter. Okay, that makes sense on some level.

In the 90’s, the open-office craze began in earnest, with cubicles dismantled and doors and windows knocked down. “Bring in the natural light!”, the proponents said. “Stop perpetuating the hierarchal structure, and smash the barriers that separate managers from their employees!” Thankfully they stopped short of putting up posters of Marx and Lenin, and talking about the workers controlling the means of production.

This hoopla was all done for the sake of making it easier for people to work together and collaborate and brainstorm together. The ideas that would come out of these collaborations would be awesome, and awesome ideas would make the company even more awesome by helping it make good decisions! Everyone wins, right? Right?

Many people out there need quiet in order to focus and work. Open-office environments tend to be noisy, distracting places that can make other employees lose focus, not to mention cranking up the irritation level and actually making for a more hostile work environment, not a friendlier one (“For God’s sake, Tina! How many more times must we hear ‘Let it go?’!?!?!”). People need places where they can be quiet and think.

Then there’s the challenge of how open-office environments make it easier for things like colds and flus to spread easily. “The Open Office Trap”, a piece in the New Yorker, cites a statistic showing that people who work in two-person shared offices took 50% more sick time, while workers in open offices average about 62% more sick days. Apparently, ideas aren’t the only thing spread by an open-office environment.

This challenge is serious enough to simply not be lumped into the noise level drawback mentioned above. From a psychological standpoint, a sense of privacy actually boosts job performance. To make matters worse, that sense of privacy comes hand in hand with the sense of a personal space that you control and can change at your whim. Having that sense of control also contributes to a sense of well-being and satisfaction, and that goes away in an open-office environment.

Finally, there’s the notion that always trying to tackle a problem by collaborative means doesn’t always work. Let’s face it: sometimes people have pretty terrible ideas, and yet, in these “all for one” environments where everyone is expected to contribute as well as everyone expecting their ideas to be taken seriously, teams can come up with some genuine disasters. Not every problem can be solved by teamwork, nor should it.

Again, this is not to say that all collaborations are bad. There are many advantages to working as a team sometimes, but there’s the key word: sometimes. Collaborations shouldn’t be the default way of tackling projects or problem solving, and it certainly doesn’t help when the actual office layout seems to practically force the practice on everyone.

5 Things A Woman Entrepreneur Should Do For Success

How Important Is Big Data For Business?