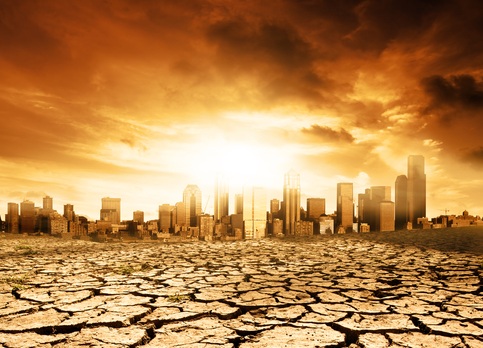 Deloitte’s 2014 Oil and Gas Reality Check report has disclosed the rippling effects of the energy boom that North America is experiencing at the moment. The country is moving towards becoming soon-to-be exporter and this news has started affecting the Middle East, Russia and China, in quiet positive way.

Deloitte’s report clearly reflects that industry experts believe that this trend will bring in new sources of supply, reshape the global geopolitical landscape and create greater interdependencies among nations, according to the Deloitte’s 2014 Oil and Gas Reality Check report. Apart from all the positivity, the change is expected to increase the competition amongst the nations and the operating companies in the sector.

The report focusses and clearly reflects that there will be significant shift from regionalization to globalization and there will be opening and closing of borders in response to geopolitical concerns. Some of the economically powerful Asian countries and China are gradually getting a way lot dependent on the Middle East for it’s their crude oil needs. The Asian inclination on the Middle East will be stronger and this will generate a lot of positivity for both the countries and their respective job markets.

China and most of the other Asian countries are witnessing a growing energy demand and this is going to surge even in the coming quarters. The Asia-Middle East nexus begins and end with a story of oil dependency and both the countries share a very strong trade relation. As per the hard facts and figures, the energy demand of most of the Asian countries is likely to increase by approximately 75% by the starting of 2040 and countries like Saudi Arabia are striving towards meeting these demands.

In the strife to bridge the demand and supply gaps, the Asian inclination is expected to bring in a lot of fortunes for the employment markets and economies of both the nations.

Here are some of the fortunes that are likely to touch the nation:

Whenever there is a tie-up or an agreement inked between two nations, there are a lot of benefits that are anticipated on economic grounds. Consequently, if the economy will flourish then an obvious boom in the employment market can be anticipated. Here are some of the benefits that both the nations can expect from this strengthening crude oil import relationship:

Oil imports, Asia’s growing energy demands and Middle East’s booming oil and gas sector are some of the factors that have generated a lot of possibilities for maximizing revenue for both the nations. There will be construction of new facilities and stationing of technologically advanced equipment to undertake upstream activities; this will require capital for sure. The nation level agreement will attract a lot of foreign based investments and may attract a lot more oil based companies. Developments at such level will bring in a lot of monetary benefits for the government and the nations.

Asia and the Middle East share a very strong and years old trade relation. The oil import relations and the attempt to bridge the energy demands of the Asian countries will actually the gains received by the free trade zones. For instance, the Jebel Ali Free Zone (Jafza) in Dubai hosts more than 170 major Chinese companies and there are other Asian business activities that happening with in the free zone in here. The oil import and related activities will add to the benefit factor.

The employment market is anticipated to see a major boom in the coming times as Asia tends to direct its energy requirements towards the Middle East. Both the nations in their attempt to meet the growing demands will require better infrastructure and skilled oil and gas workforce to carry out each and every task related to the energy projects. Middle East’s populace constitutes more than 50% expatriates and the figures will go up at a steep rate with such agreements seeing the daylight.

4. Other Middle East Countries in Action

Despite being a small contributor, Iran is now being considered as one of the countries that can satiate the oil demands of big players like China. Iran has been supplying oil to China for quite some time now and is likely to stay at that position in the coming times. Iran can actually serve as a foreseeable geographic bridge to China’s efforts towards securing energy resources in Central Asia and the Middle East.

Asia’s inclination towards the Middle East for satiating the energy demands is going to bring in a lot of fortunes for both the nations as well their economies, altogether.