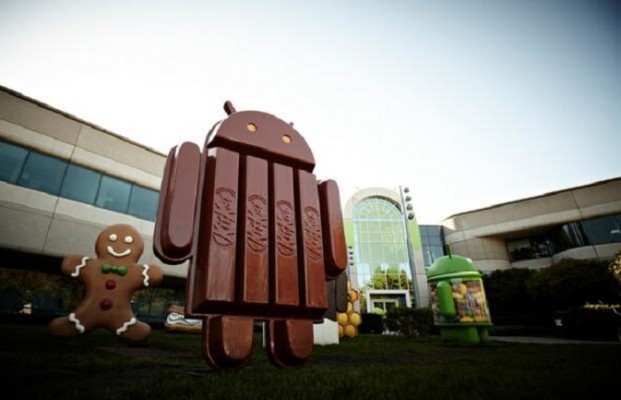 The much hyped and adored Android’s new version 4.4 KitKat is expected to be released on October 31. First it was rumored that it will be released around middle of October i.e. on October 14. However, recent updates and news state that we can expect the Android 4.4 KitKat as a Halloween surprise for the android fans. One thing is that this Halloween gift is not meant to scare you but this will definitely surprise you with its awesome features.

One of the most expected feature that has been added to the new version which was the reason for the delay seems to be the concept of Hangouts with text integration for SMS and MMS. Yeah, that’s right! The much awaited hangouts integration will be available with the Android 4.4 KitKat OS. Another expectation is that the Nexus 5 may also be released around the same time. The noteworthy point here is that the Nexus 5 device will be the first device with inbuilt Android KitKat 4.4 in the box. Maybe the Google want to have both the major releases to be done around the same time. Albeit, these news are from authentic sources we can’t still be sure of the release date of Android 4.4 KitKat and Nexus 5. However, we can be sure of just one thing; the maximum deadline for the release date will not be later than November since November is the birth month for the very first Android.

Apart from the much awaited and eagerly expected Hangouts feature, there are plenty of features that are going to be present in Android 4.4 KitKat. One of the most remarkable and lucrative feature is segmentation. With the segmentation feature the users can update their old android devices to the latest Android 4.4 KitKat without manufacturer’s update. On the contrary, they can have only hands on experience of the basic features of the KitKat. For additional features they must either go for a custom made ROM or wait for the manufacturer’s update.

While segmentation and hangouts are two majorly expected features, other new fanged features include improved API, fragmentation such as frame resizing, new gallery app visualization and smoother screen orientations. Apart from these features new notification widget is also expected. Already sneak peeks of the much anticipated KitKat’s design and running model is available all over the internet. Seeing those sneak peeks make us conclude that the Android version 4.4 will have much more additional features and will be a milestone in the Android OS development.

Coming to the inbuilt applications, the KitKat expected to be released on October 31 will have certain new applications as well as few existing applications in addition to the new hangouts integration. The existing application will be Google maps, Gmail, YouTube, etc. The new features would be Google Hangouts with palette color themes, QuickOffice – to access the Microsoft office and Drive for easier navigation while on the drive.

The developers who are into application development for android are more excited than the Android fans.To experience all these features we must keep calm and wait till the Android 4.4 KitKat and Nexus 5 are released which is expected to be around October 31.

Equipment To Keep The Baby Safe

Get Better Deals With Easy Discounts and Offers