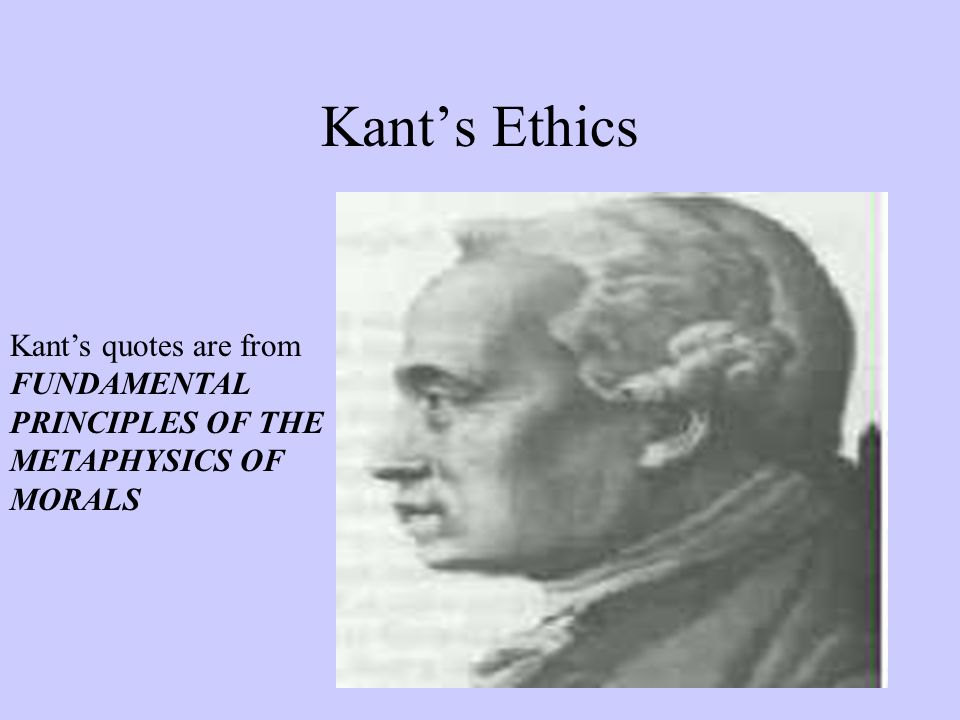 In Kant’s introduction, he breaks down all Ancient Greek philosophy into three fields: logic, physics, and ethics. This can be believed since all Greek philosophical history can be broken down into one of these three fields. Kant then begins to discuss the difference between “pure” and “empirical” philosophy. It seems like “pure” philosophy is something which people have an uncanny knack for, something which people can do without having experienced it before, while “empirical” philosophy seems to be based on our experiences with things. Kant wants everyone reading to follow a path of “pure” philosophy, which in theory would be the best course of action for people to take, but it actuality it seems rather impossible.

From the way he’s describing it, it seems that “pure” philosophy is more of a gifted trait in people, meaning it’s just something you have or you don’t have, it’s some kind of connection people have with philosophy. How can people develop this sense if they aren’t born with it? Let’s say that after 19 years of wondering what it’s like, I started to play golf. If I happen to be good at it, after never playing before, that would be like his idea of “pure” philosophy. If however I’m pretty terrible, but decide to practice since I’d like to be good some day, that would be considered “empirical.” There’d be no way for me to practice my “pure” sense that way; my only chance for getting better would be from practicing. I can’t suddenly develop a gifted connection with the sport, no matter how much I try (if I’m terrible at it that is).

It’s a good idea in theory, and a good idea to have for your readers, but something which I feel is impossible to accomplish.

Rather than break down Kant’s reading by the chapters and nitpick every little comment he makes (I’m assuming that’ll make for an extremely long and whiney-sounding read), I’d rather combine all of his main ideas and talk about them all at once.

Kant’s metaphysics involve the ideas of actions which are based on “goodwill,” “maxims” which are the groundwork for all of our decisions and actions in life, and hoping that these decisions come a priori to us, or come naturally to us. He also explains that we should act on maxims that would become “universal laws” for other people, I suppose that means only acting on maxims that other people could learn from, and that only the end result of an action matters (so long as it was a decision made with reason), something I severely disagree with. He believes that someone could have positive or negative intentions while performing an action (or acting on a maxim), and if it has a positive outcome then his intentions do not matter. I feel the exact opposite of this idea. If someone has a negative or harmful intention and manages to have a positive outcome with their actions, I feel there’s a pretty good chance that whatever outcome came was by either an accident or a sudden change of heart, with the change of heart having a slim chance of happening. If a positive outcome came by mistake, there’s a pretty good chance that this person will still have negative intentions and will continue to.

Overall, much like the point in his introduction, I like Kant’s theory on reason and decision-making, and I’d like to believe that it would work, but it seems like there are too many flaws in it. It’s tough to admit it, but there are some people out there who are just plain mean and always have negative intentions to their actions, and I feel his entire ethical system just doesn’t factor these people in, especially if he wants people to perform actions based solely on their sense of duty. While I realize that there aren’t many ethical systems out there that would involve rogue factors such as pure villains, our goal in studying these systems is to become educated in reason and to possibly even develop our own moral ethical system, one that I feel has enough room to factor in these kinds of people, and I feel Kant doesn’t quite do this. The rest of Foundations of the Metaphysics of Morals seems to consist of Kant defending his system and listing practical implications of it. Some of his ideas work, such as in Chapter 2 when he describes the categorical imperative and how underlying ideas behind how duties are formed. These groundwork ideas I believe are true, in come cases, but they don’t work well when applied to his ethical system. Many of his arguments appear to be invalid as they assume the best intentions out of people.

Source: Foundations of the Metaphysics of Morals, Second Edition. Written by Immanuel Kant.

The Parent's Guide to Student Life