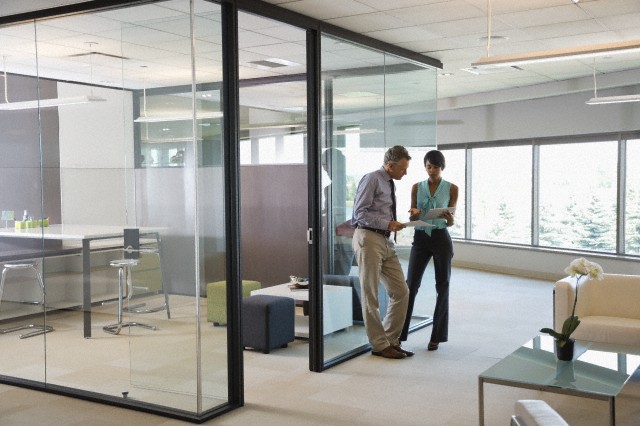 After years of hearing discouraging terms like “recession”, “financial crisis”, “unemployment”, and even “depression”, the vast majority of Americans are more than ready for some good news. Perhaps that’s why we seem to jump on any blog, article, or even offhand comment that suggests a glimmer of economic hope. There are indeed some signs that the American economy is slowly but surely recovering, however, much remains uncertain.

The situation is complicated by the fact that the decrease in available American jobs was not affected solely by the so-called Great Recession, but also by factors such as automation in manufacturing, outsourcing to overseas, and the overall transformation of the nation’s job market which has eliminated many well paid, full-time positions.
Wide-scale workplace automation has had an especially significant impact on the job market. As the sophistication and functionality of modern technology continues to gallop ahead, we may see even more American jobs replaced by machines and robotic systems. All of these factors combined have created intense competition for the often limited available positions.
The situation appears especially dire for our country’s young people. According to Stuck: Young America’s Persistent Job Crisis, “There are more than 5.6 million 18 to 34-year-olds who are willing and able to take a job and actively looking for work, but shut out of opportunities for employment. These young adults compose 45 percent of all unemployed Americans.”
And that statistic doesn’t even include the millions more who are underemployed, meaning they would like to work full-time but currently only have a part-time position. The authors of the report express their concern that the aftereffects of the Great Recession will continue to negatively impact our young generations.

Light at the End of the Tunnel

While the job market is nowhere near where we would all like it to be, there are some strong indications that we are actually on a path to a brighter future. Unemployment has steadily decreased in the past few years. In October of 2012, the U.S. unemployment rate was at a shocking 9%. By January of 2013 it had dipped to 7.8% and as of September 2013 the rate is hovering at around 7.3%. So while unemployment rates may not be falling at lightning speed, the point is that they are falling.

What Does This Mean For Employers?

During the Great Recession, employers may have become a tad over confident in their ability to retain their workforce. With unemployment rates sky-high, very few workers were willing to leave their coveted jobs during the past few years. But as our nation’s economy recovers, and unemployment continues its steady downward spiral, that will no longer be the case. If employers don’t use measures to maximize their employee retention, they will soon see their best and brightest moving on to greener pastures.

An employee satisfaction survey is an excellent and easily implemented way to keep tabs on how your employees feel about their positions, the workplace atmosphere, and to what extent they feel their talents are being put to good use.

Even in the most cohesive and engaging workplaces, there are going to be employees that leave for one reason or another. And when they do, it’s important to know exactly what affected their decision so that any issues or problems can be quickly addressed.

Some of the most common employee complaints are about ambiguity in terms of important things like job expectations, earning potential, and job performance. These issues need to be made clear in a company’s practices with the supervisors providing additional clarification whenever it’s requested. An effective employee survey can be one way to determine how clearly you are communicating this key information to your employees.

It may seem like a simple concept, but many supervisors and managers completely neglect what should be a central part of any workplace – employee praise and reward. Research has shown that in the workplace, carrots are much more effective than sticks. If employees feel they are truly appreciated, they will remain loyal.
As the American economy recovers, employee retention strategies are implemented on a daily basis. One key to retaining employees is to make sure you have the proper systems in place to effectively listen and understand your employees. Doing so will prevent small problems from escalating, allowing everyone to work at their best.

License: Creative Commons
image source
Robert Gray is the President of Insightlink Communications, providing the most effective employee survey tools to organizations of all sizes and types. Since 2001 he has been commited to employee retention strategies, exit strategies and more.

Guide On Making Your Startup Company A Success