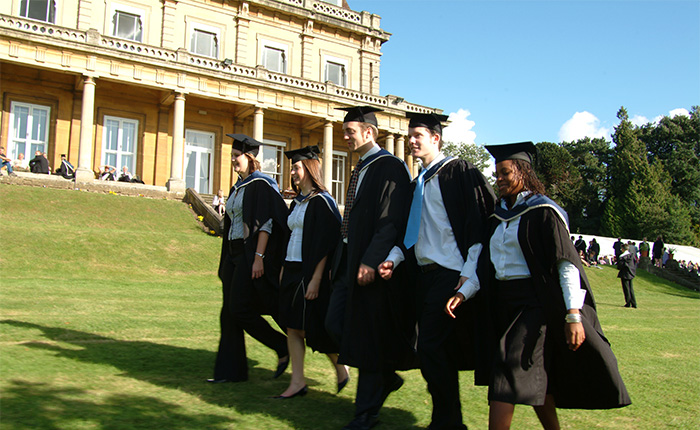 The Times Higher Education world university rankings have listed almost 980 universities of the world. The times Higher education is the only globally recognized table to judge the top universities by examining their missions such as teaching, international outlooks and knowledge transfer. The ranking is also listed on the basis of calibrated performance indicators and provide comprehensive and well balanced neutral comparison on which students, academics, university leaders, industry, and governments trusted the most. Here are following top five universities in the world.

The university of Oxford United Kingdom is the oldest university in English speaking region and the second surviving historically. No one knows what year or century it’s been found. According to some of the authentic resources, it’s been found in the late 11th century. The university is located in Oxford medieval city center; the university has 44 colleges, almost 100 libraries. The strength of the student is up to 22000, 40 percent of students are foreigners. The University of Oxford has the honor of producing 11 Nobel Prize winners in Chemistry, 5 in physics and 16 in medicine. The world ranking of this university admit card is standing no .1 in the world.

2. University of California Institute of Technology:

The University Of California Institute Of Technology is the world most famous science and engineering institute of the world. The university has outstanding faculty, students are enabled to ask complex and knowledgeable questions and they can discover knowledge and contemporary innovations and build their bright future. The university has its mission to serve humanity by digging out new innovations by seeking knowledge with research in order to educate bright students and lead them towards the right path for the sake of their good future. It is been found in 1891 and named Pasadena, California but later on got the name of California Institute Technology in 1920. The university falls in 2nd in the ranking among the top universities in the world.

The Stanford University is the most prestigious University in the whole world having the largest campuses in the United States. It was found in 1885 as co-education institute and as a private institute. It is located in the heart of California’s Silicon Valley. Its main campus is based on 8,180 acres and is home to all the students who are studying in the university. The university has 700 buildings housing and 40 departments along with three academic schools and almost 4 professional schools. The university has almost 18 libraries and institutes. The university has the honor to produce 21 Nobel Prize winning and plenty of famous alumina from the world of politics, business, media, and technology.

The University of Cambridge has come into existence at the start of the 13th century; it is the public collegiate public research institution. Historically the Cambridge University is the fourth oldest surviving University in the world. Almost 18000 students are studying at the University who also belongs to more than 120 countries. However, The University offers 150 courses to students in summers from more than 50 countries. The university falls in 4th most popular Institute in the whole world. The University also has 31 colleges, in which students can take their classes on their different subjects. The University’s endowment is approximately is up to 6 billion.

The Institute is an independent, co-educational and private research university and is located in the city of Cambridge, Massachusetts. The university was founded in the middle of 19th century in 1861. The institute has its mission to prepare students in the field of science, technology and as well as in many other fields. The university has the honor to produce 85 Nobel laureates, 58 national Model of science winners, 29 National Medal of Technology and 45 MacArthur fellows. On the other hand in the field of technology, the University has credit to invent first chemical synthesis of penicillin, inventing radar, a discovery of quarks and magnetic core memory. The institute stands at 5th place in top universities of the world.

Addison is a journalist and social media experientialist and blogger at TheOneSpy Blog. He is passionate write technology and contributes towards education matter, cell phone spy software and social issues. To know more about him follow twitter @addisonalbert55

A Brief Account On PSU’s Recruitment Through GATE 2017 Score

Be Clear About Your Motive For Pursuing MBA