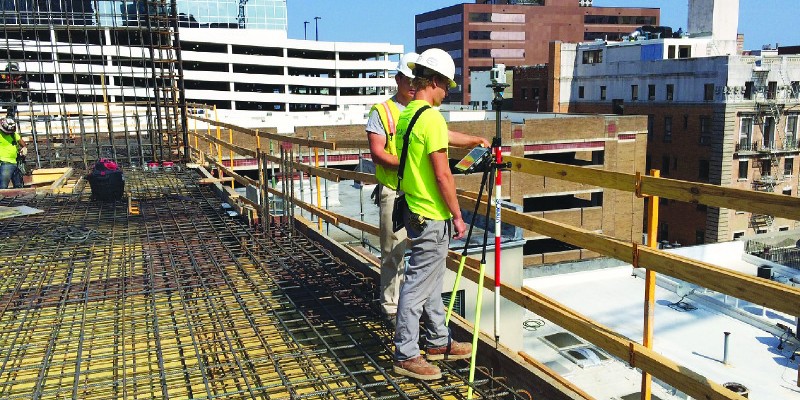 Construction is the crucial part of modern society when development is concerned. In the entire construction process, surveyors play a significant role and measured survey is the most important survey. It is the kind of building survey used for producing building plans. Measured surveys are commonly used before the renovation work is undertaken on a commercial or residential building or at the end of the construction. In other terms, it is an apt record of structures, property or the land as it was during the time of survey. It is the result of measurement of the site and delivered in 2D and 3D formats. Now measured survey is considered as standard survey which plays crucial role in construction and building maintenance process.

Services you get under measured surveys

You may approach a specialist for measured survey and get the floor plan with various levels of details like columns, simple walls, window and door surveys to getting the detailed data in 3D format. Apart from these, the surveyors may pick or highlight various information like data and electrical points, positioning of incoming mains, sanitary fittings, fire fighting equipment, detection system, signage and security equipment. At times, the building plan exists but it is not very accurate. So, the survey is required to update the existing building plan records. The specialist uses the existing drawings and then compares distances on drawings with dimension collected on the site. A report is then produced to trace out the inaccuracies in the existing drawings. Some of the services that fall under measured surveys are preparing energy assessment drawings, sectional drawings, measure elevations, preparing floor plans, drawing validation surveys, licensing plans, performing topographical and land surveys, reflected ceiling plan, lease plan, land registry compliant plan, etc.

The important benefits of measured surveys

With the help of a variety of devices, measured survey is carried out. Here there is the use of hand-held Laser Measure which is coupled with Bluetooth technology, handheld microcomputer, etc. These devices producing CAD designs may vary from company to company. The survey process is carried out accurately where the building dimension is accurately calculated and checked. The surveyor measures corner to corner to ensure accuracy. The following are some of the benefits of measured survey:

The best part of measured surveys is that whether it is floor plan or building elevation, exact measurement can be produced. It has great importance in the real estate industry since it is being used to show floor plans to the potential buyers. The survey may also be used by interior designers, builders and homeowners. One can get the exact measurement of windows, rooms, doors and several other features of the building.