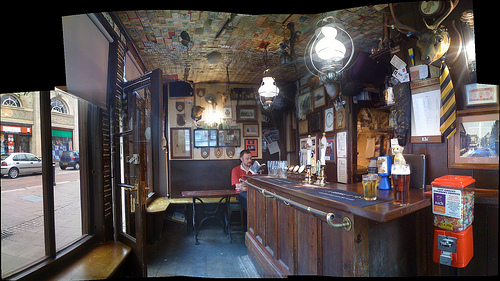 Ireland may be best known for its pubs. In fact, Ireland is rumored to mean “hammered” in Gaelic. Irish pubs have a charm all their own, but what many travelers will tell you is that if you’ve seen one, you’ve seen them all. Great Britain, on the other hand, is never short on originality and has some of the most unique food and drink establishments in the world. There’s not necessarily a pub war going on, but if there were, Ireland would have a formidable adversary across the Sea. Have a look at these brilliant pubs spanning Great Britain.

Although the current name only dates to 1972, the building has been a pub since man crawled out of the water. The beer cellars were even used by monks in the Middle Ages. If the flies on these walls could talk, you’d be in for a long, long night!

Built in 1914, this pub was originally a theater. Several establishments have merged over the years to make it what it is today, and that is one of the most popular venues in the greater Manchester area. A hundred years of partying can certainly add unique character to a night spent dining here.

From the largest to the smallest, this super-cozy room’s biggest accomplishment was stuffing 102 people and a dog into its tiny dining area during a private party. How much actual partying was accomplished during that experience was not adequately recorded…

On the north shore of Loch Ness, the Old Forge is only reachable by boat. It is possible to walk there but not at all practical as there is neither road nor trail by which to approach. They say that once you’re there, you’re there. Being that it is a pub, Nessie sightings are beginning to make more sense. 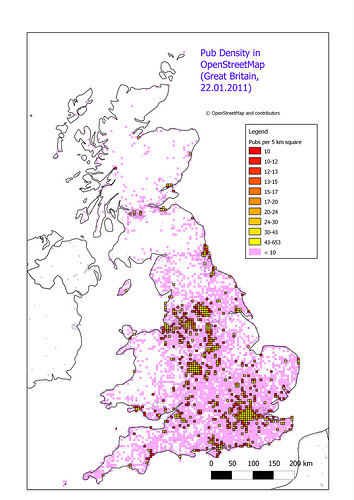 The building that houses this pub began to fail due to excessive mining in the 19th Century. This caused the Crooked House to be abandoned as living quarters and converted into a pub. The new owners took extensive measures to halt the advancing decay. Much like its big brother in Pisa, this leaning wonder is often pictured on postcards.

It is believed that the Marsden Grotto is truly one of a kind. The interior of the cave was excavated many years ago, and the rest of the structure was built up around the exterior over the years. It boasts one of the best views in England, facing the North Sea, Marsden Rock, and Denmark.

Do You know What To Expect The Night Of Your Prom?

How To Make Clay Bowls